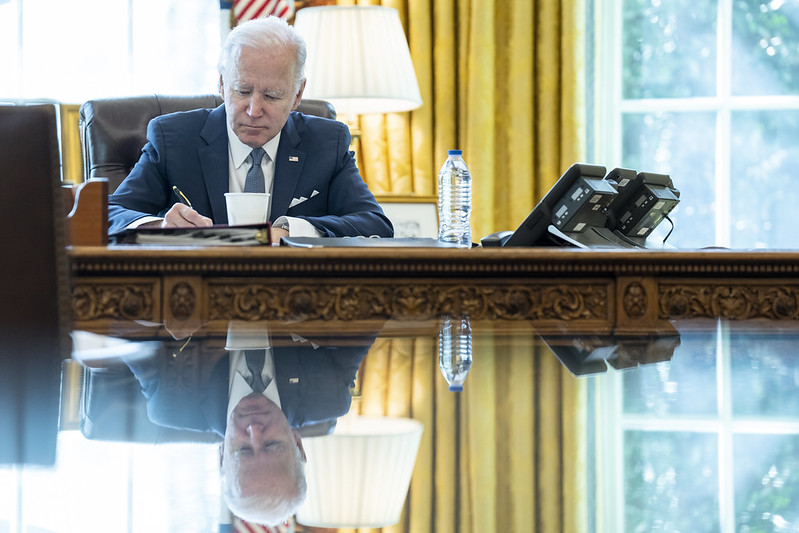 President Joe Biden signed the highly controversial Bipartisan Safer Communities Act into law early Saturday morning. The legislation passed both the House and the Senate with the support of Republicans, some of whom have been endorsed by the NRA.

President Biden signaled his support for the legislation earlier this month by saying that this legislation was “the most significant gun safety legislation to pass Congress in decades.” At the time, Biden added, “each day that passes, more children are killed in this country: the sooner it comes to my desk, the sooner I can sign it, and the sooner we can use these measures to save lives.”

While in the Senate, 15 GOP Senators voted to pass the legislation, including Senate Minority leader Mitch McConnell.

While in the House, 14 GOP Representatives voted to pass the legislation.

Inside the 80-page bill, there are five shocking new gun control policies to keep an eye out for. Here is what was put into the legislation:

how many CRIMINALS will obey these new laws?….any? They don’t obey the current laws…this is just a joke to them…all it does is make life more difficult for the people that already obey the laws, and thinking anything else is just plain dumb.

Well said. While Law Abiding Gun Owners are upset about the Infringements, Criminals are laughing their A$$es off. They’ll pay no more attention to this than the 23,000+ Gun Laws already on the books.

The Observer
Reply to  stephen

If criminals want a gun, they will get one. Only people affected are legal gun owners. Next thing regulated will be kives? Anything Biden signs is bound to be the start of population control by socialists, dumocraps and leftists.

Democrats can go fork themselves.
But do so responsibly.

I guess the government will introduce a bill on the bow and arrow. Just saying!

To protect myself and family I would probably setup some booby traps around my home! It was in Vietnam they had sharp spikes driven in the ground laced with all kinds of poisonous compounds.

You do know that’s against the law also

By “enhanced background checks” they mean to look for even the lamest possible excuse to deny a gun purchase.

And when the next Mass Shooting occurs (because these Laws will do nothing to stop the Crazies), Dimocrats will try to pass more restrictions that only infringe upon the 2nd Amendment Rights of Law Abiding Americans.

One point, if 18 is too young to own a gun without enhanced background checks, then 6 is way to young to let a child make gender reassignment decisions.
Dimocrays shout about Common Sense, but they sure don’t F**king show any Common Sense.

[…] Mike Lee (R-Ut) has come out to condemn the Democrats and media over the ongoings regarding the Bipartisan Safer Communities Act. Specifically, Senator Lee took issue with the fact that the press got their hands on the […]

[…] This investigation from the House Oversight Committee has come in the wake of several mass shootings and the massive effort from Democrats to pass gun control legislation. […]

I am now getting paid every month online more than $16k just by doing very easy and simple job. Last month i have received $17942 from this easy online job just by giving this only 2 hrs a day using my laptop. Everybody can now get this home job and start earning real cash online right now by just follow instructions mentioned on this website..
Copy Here→→→→→ 𝐰𝐰𝐰.𝐛𝐨𝐨𝐬𝐭𝐞𝐫𝐬𝐭𝐚𝐫𝐭.𝐜𝐨𝐦