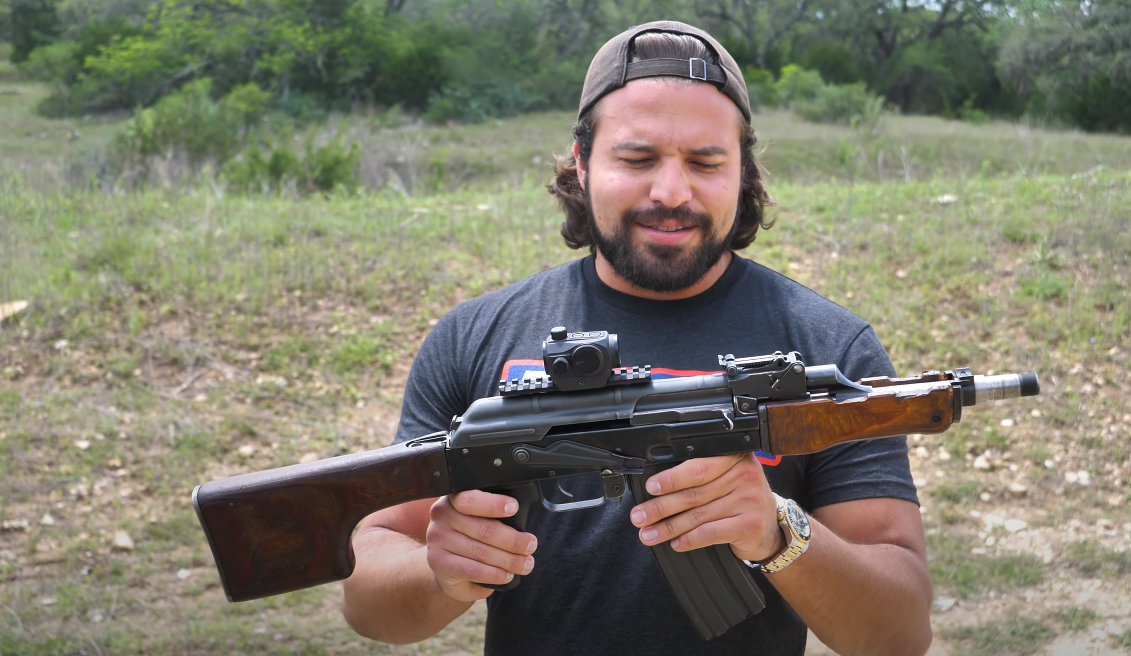 AK maker and firearms enthusiast Brandon Herrera has designed an AK style rifle that is chambered in .50 Beowulf, they have dubbed it the AK-50 Lite.

Herrera and his team started the project off of a Romanian RPK parts kit. They chose this kit because of a bulge in the front trunnion that allowed them to get a slighter larger chamber than they otherwise would have been able to. The Romanian RPK parts kit also had a bigger front sight block which allowed his team to get a bigger gas port to accommodate the needs of the project.

The barrel was a standard AR-15 .50 Beowulf barrel, the barrel extension was taken off and there were a few other modifications made for this rifle to work properly.

This project was done relatively quickly and Herrera says he has no plans to put this gun into production.

As for how this project came about; Herrera has been designing a true AK-50 for a long time, that being an AK-style rifle that is chambered in .50 BMG, and many online have demanded that he cut corners on that model and simply chamber an AK in .50 Beowulf. Herrera not being one to disappoint threw the AK-50 Lite together after setting a like goal on one installment of “cursed gun images”, a video series on his Youtube Channel. You can check out Herrera’s video showcasing the AK-50 Lite here.

I am sure he could sell many of these especially to the street crowd. The article did not say if the thing still had the full auto capabilities of some AK rifles did. As a retired Army sniper instructor/sniper I have no desire to have something like that. If you know what you are doing pistol or rifle one shot is all you need for each target otherwise a shotgun using 00 shot is better than that for close in work or a slug shot.