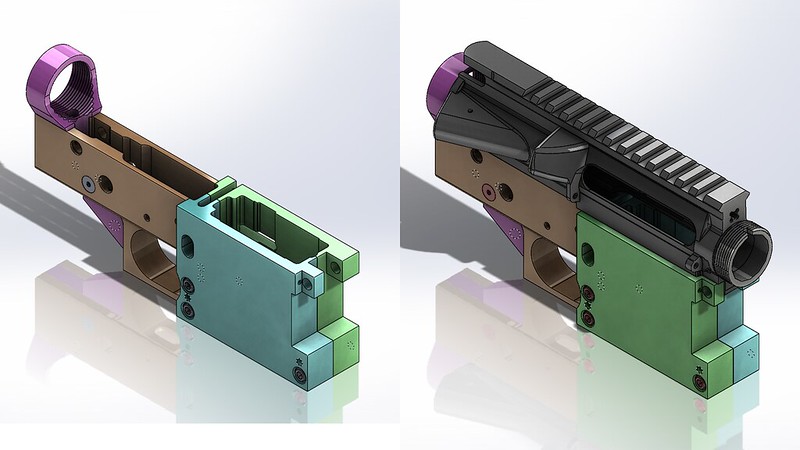 The ATF has failed to garner a lot of support for its proposed ban on so-called “Ghost Guns” so localities like San Diego have taken the matter into their own hands.

The mayor has been able to justify this ban by using data from the San Diego police department. Note that this data is highly suspect due to the lack of context surrounding it. The mayor’s press release stated:

“San Diego has seen a dramatic increase in gun violence across our city using ghost guns. These guns are untraceable and can end up in the hands of people prohibited from having firearms making them a threat to public safety,” Mayor Todd Gloria said. “Addressing the proliferation of ghost guns aligns with my commitment to have San Diego lead on gun violence prevention. I want to thank Councilmember von Wilpert for bringing this ordinance forward and the City Council for supporting it.”

This data can be thrown out because of the lack of context surrounding these numbers. “169%” is a scary figure, but consider that they are not publicly stating how many guns this actually means. A 169% increase could be as little as 15 “Ghost Guns” being picked up off the streets or as many as 1,000. The statistics are being framed like this for the purpose of supporting the ban on 80% lowers and unfinished frames, do not be fooled.

The ATF’s proposed ban on “Ghost Guns” has been a fiasco and a half. The proposal has received over 300,000 public comments, a majority of which are extremely negative. There will not only be political consequences for any federal rule change in regards to 80% lower and unfinished frames but there will be legal pushback and court cases dedicated to the matter.

This won’t hold up in a court of law. It is just that simple. This is no different than San Jose requiring liability insurance in order to exercise your second amendment right.

The liberals that have ruined that state are insane. They demonstrate it every day. That’s why thinking people are leaving in droves and the new Mexifornia or Californidad has hundreds of thousands of illegals on the state doll living in garages…they don’t call it the left coast for nothing…wackodoodles….man I’m glad I’m from the south! They can have that place.

[…] Recently the San Diego city council banned the sale and distribution of 80% lowers (note: Federal law already prohibits the sale and distribution of unserialized firearms), 80% lowers are incomplete firearms that require some machining to finish. This move followed a disastrous attempt by the ATF to do this nationally. You can read about the initial ban on “ghost guns” here. […]