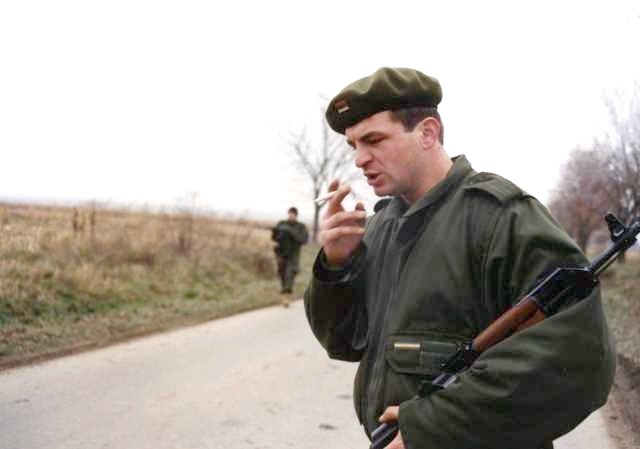 The United Kingdom is no stranger to gun control, the country implemented tight gun control laws and strict arms regulations years ago but violence still persists in its streets. Depraved criminals routinely engage in street stabbings and despite all the arms restrictions, UK gangs are engaged in a massive arms race.

Gun grabbers in America are constantly pointing to the UK and Australia for a blueprint on what to do here in America in regard to gun laws. Despite the claims made by the gun lobby, the UK is not safe and Australia isn’t much better either. Criminals have opted for knives and icepicks instead of guns, gangs have been able to reach out and obtain firearms over the black market,  the only people who have been affected as a result of these regulations are law-abiding citizens of the country.

The black market has been a thing as long as things have been illegal, if there is something that someone wants and it is illegal they can most definitely get it on the black market.

In the UK, gangs from Liverpool and Birmingham are engaged in a massive arms race to gain territorial control of suburban Britain. One former undercover detective came forward to share this awful information with the general public in the UK.

Neil Woods, now a campaigner to legalise recreational drugs for rehabilitation benefits, said criminals are willing to use “extreme violence” to gain an upper hand on their competitors.

That includes “importing” illegal firearms from places like the “Balkans” region of south eastern Europe onto the streets of the West Midlands, ready for combat.

And he warned violence could spill out into rural towns like Shrewsbury and Hereford, where ‘gangs from Birmingham and Liverpool are battling it out for territory in county lines dealing’.

It comes as an FOI by Birmingham Live revealed West Midlands Police seized machine guns and sawn off shotguns from criminals in the past two years, including those in the Black Country.

The strict gun reforms in the UK have done nothing to prevent this arms race, the only thing that has been done is disarmed law-abiding citizens in these suburban areas. While criminals get to run rampant and exploit vulnerable people with drugs and violence these normal, everyday people, are forced to stand idly by.

Soon to be happening here if the Dems sneak those gun control bills in the “Budget.” The U.N. arms treaty will be signed by “Traitor Joe” and it’s over folks!

You are half right! Signed into law or not, they would have to come get the guns and that’s when the gun owners of America will start the Second Civil War!!

One thing the Dems FAIL to realize . . . . once it starts, it will NOT stop UNTIL We The People take back our nation from this scum!!!!

Everyone says that..tough talk from a keyboard…but they won’t worry about going after guns..they’ll take away the ammo for them first,or price you out of affording a gun and or ammo.Nobody will be the first to take the fall because everybody is waiting to see if somebody else will and the fact is…nobody will…and they know this..because everybodies too comfortable.

That is why smart gun owners stockpile ammo and know how to make/reload their own. Not so simple to disarm intelligent people.

All I know, is them Purdy blue helmets are absolutely shredded by shot from my ol .338 Win Mag. That 275 grain slug don’t leave enough for their mammas to recognize.
Plenty of us have seen this coming down the pike, and began stockpiling personal armories. I started when they passed the (un)Patriot Act 20+ years ago. I won’t brag about how much ammo I’ve got, but it’s sufficient unto the day.

I’m old and in declining health, with an end guaranteed to be miserable. I want my Grandchildren to grow up with the freedoms and Liberty J had. If it takes this old farm’s death to spark the Rebellion, then I welcome it.

Need a gun? Ammo? Contact the cartels, they have set up shop in the US. Thanks Joe!

Fed Up With the Sell-Out
Reply to  Countryboy

I thought we had the Bill of Rights to prevent that? Did I miss something? Don’t we have the courts to stop that kind of thing? Doesn’t the GOP(LOL) stand up for us anymore?

Boaz
Reply to  Fed Up With the Sell-Out

The our turn will be deserved!

I think here as well as in Europe…they should create a special force thats allowed to kill gang members on sight..as well as organized crime and drug cartel members. No arrests,no trials..if your a known member…you become the hunted. Lets see how long gangs and criminal organization stay around..especially so open and brazen.