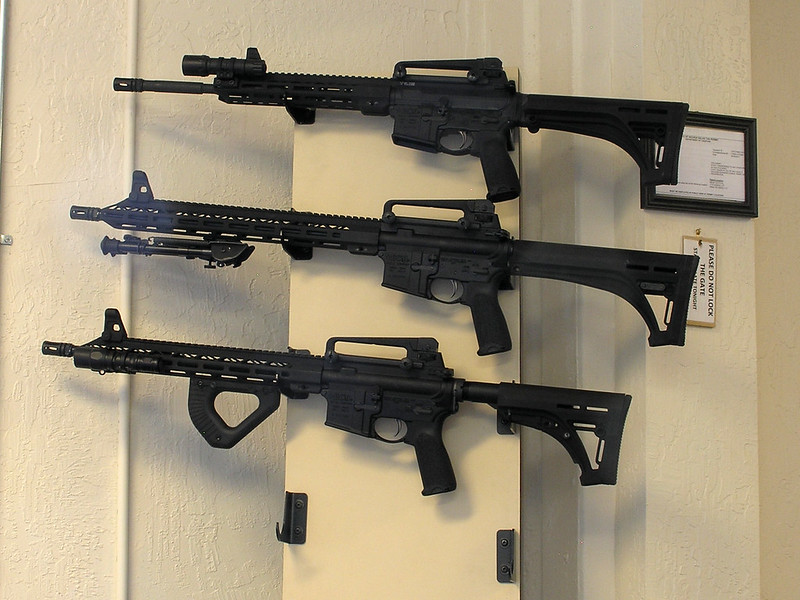 H.R. 4953 is a new piece of legislation that threatens to make every Semi-Automatic rifle that accepts a detachable magazine an NFA item.

For those unaware of NFA items and their regulations, NFA items are highly regulated firearms and firearm accessories. Machine guns, suppressors, and bump stocks(which are technically machine guns according to the ATF) are all NFA items and require additional paperwork and taxes to acquire.

This legislation was proposed by Representative Ted Deutch (Fl-D) last Friday. The Congressman has been a major advocate for gun control in the past.

banning semi-auto rifles that accept detachable magazines means banning almost every mainstream rifle in the country. Virtually all AR-15s would be included in this ban meaning that America’s most popular rifle would be a highly regulated NFA item.

Of course, gun makers would move to release new products if this were to pass. Companies would create new split-receiver-style rifles and have a permanently affixed magazine. While there would be a way forward this would still pose a major issue for Americans.

Interestingly this style of rifle is not one we see often used in crime. According to FBI crime statistics from 2019, these rifles were only used in 364 of the 13,927 homicides the FBI tracked. Around 600 cases involved murder by hands and feet, meaning more people were beaten to death than were killed by people using these semi-automatic rifles.

The legislation is currently being referred to the Democrat-controlled House Ways and Means Committee and has a total of 8 co-sponsors, that being said the Democrats still have an uphill battle if they want to pass this.

STOP TRYING TO TAKE LEGAL GUNS FROM LEGAL CITIZENS!!! YOU NEED TO TAKE ILLEGAL GUNS FROM CRIMINALS, AND INCREASE $$$ FOR POLICE DEPT’S!!! LOOK AT ALL THE SHOOTINGS AND OTHER VIOLENT CRIMES COMMITTED BY CRIMINALS, LOOK AT OUR BORDERS AND THE DRUGS AND GUNS BEING WALKED RIGHT IN, LOOK AT THE CHINA VIRUS CASES COMING THROUGH THE BORDER AND bid en SENDS THEM ALL OVER, EXCEPT DELAWARE, AND DC OF COURSE. DOSEN’T EVERYONE SEE THIS?? WHY ARE THOSE THINGS BEING ALLOWED??? IT’S NOT ONLY CRAZY, BUT IT’S ILLEGAL!!! THIS CURRENT REGIME MUST COME TO AN END, LOOK AT ALL THE DAMAGE DONE IN ONLY 7 MONTHS, WHAT HAPPENS AFTER A YEAR, AND 2 YRS, 3 YRS ETC.??? I WILL TELL YOU, THE UNITED STATES WILL BE A COMMUNIST COUNTRY!!!

A, the heck, men!!! AMEN!!! You said all I’ve been posting for months. That chyneez WuHuFlu is coming across our open Southern Non-border. Just traipsing right on in, merry as you please. With up to 20% testing positive, with raging, active cases. Super-spreddder status. Bidet gives ‘em all 👍🏼👍🏼two thumbs up, his (evil) blessings, and an airline ticket to paradise, baby. Wherever they wanna go. Courtesy of the American Gubmint’s Gratis Travel Agency.
Fly with Gubmint Air …No stinken masks, and no stinken picture ID needed, and the coupe de grass (LOL) no stinken shots needed. No! All those pesky requirements are for dumb Americans (that vote for demonicRats). NOT required for Super-Spreddders!!! All the gubmint asks in return is that you vote for everyone with (D) as in demonicRat, after their name-O.

Stop putting into laws that only effect honest/lawful firearms owners and start enforcing the laws that punish criminals when they do a crime.
Politicians keep coming up with laws that do nothing to effect the criminal and in fact it helps them, by having more defenseless victims to prey on.
It is not the tool that does the crime, it is the person, yet politicians just can seem to grasp the truth on what or who is the criminal.

They should discuss who is what with their private security!

Ted Douche wants a Civil War. I’m tired of restraining, so let’s fooking get it over with.

Yes! The Sooner the Better! Kill every Single Democrat Politician and the Deep State Scum!

Slightly wrong information ! I say wrong because that number of 364 is RIFLES , not specific types or subtypes , ALL RIFLES are in that statistic ! The Location of the statistic is FBI Uniform crime report aka FBIUCR ! below is the report ( NOTE the term RIFLE dosn’t define semiauto, bolt action , lever action, Breach break etc. it is ALL RIFLE CLASE WEAPONS ! But look for your self {www.fbi.gov/ucr } 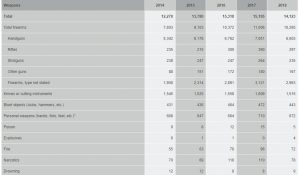 That would depend on how desperate the criminal is and what was stolen or cheap.
Tho popular – it’s not all drive by & empty the magazine (clip) Also – there was that “hunting accident” Homicide years back. The Ex’s boyfriend shouldn’t have been in the woods during deer season. That was a “One Shot, One Kill” accident, till they looked a little deeper.

I’m glad you pointed that out. I’m sure many others were poised to mention it. It’s a general area where politician and media ignorance knows no bounds.

The Democommies want to disarm us to control us not because they are concerned about our safety. If they were concerned about our safety they would not be advocating for the police to be defunded. Just think if the Democommies get their way they will replace the police with social workers and strip us of our guns for personal protection. Then when the criminals invaded our homes we are supposed to call some wimp ass social worker for help. If ANYONE thinks this is a good idea then you have dung for brains. Just ask yourself this; if defunding the police and disarming citizens is such a good idea why do the politicians spend thousands of dollars each year for bodyguards, who by the way HAVE GUNS!!!!

The Stupid Sheep Who Vote for Them are being Led to the Slaughter, but are so Stupid They Fail to see it!

The idea that guns are the problem instead of the individual behind the gun is a “red herring” a lie, a deception to achieve the Democommies ultimate goal of gun confiscation. If this argument was logical then we would be banning cars since more people are killed with automobiles annually then with guns. I hear no call to action for car confiscation. The item is not the issue the individual is.

They get their bravery from money promised by anti gun activist!! Pocket lining.

Do we get to kill the writers of this bill if they fail to stop criminals? How about MS-13 who are now here in large numbers? How about illegals bringing Covid , robbing , raping!

Well, a moment’s research will reveal the nombres of all nine anti-2A, anti-gun nazis that don’t want to be re-elected next time around. Let’s help fulfill their wish, primary them and give them each the swift boot treatment right to the keester.

It’s not about public safety. It’s about how far the left can go to pound the citizenry into submission to their rule (not governed). After all, most Dems, while defunding their police force spent taxpayer money on private armed security for themselves. Apparently these are the animals that are more equal than others.

I was always taught that your firearms system needs to be equal to or greater than the adversary. That includes home protection.

These POS Democrats Need to Abide by the Constitution and Their Oath or They Need to be Tried and then Promptly Executed!

I can reload and fire an SKS with strippers faster and more accurately than one can an ar15.

These rejects are too stupid to realize that the term “assault weapon” was a desperate marketing ploy by German generals to get more rifles out of Hitler. It was their response to the m1. The Russians later captured these guns and Russia turned it into the ak-47. They should really watch the history channel sometime!

Nobody knows how many privately owned firearms exist in the U.S. because registers by owner are against the law. Additionally, the numbers are declining because owners are becoming more reluctant to reveal information.

You think passing it would be an uphill battle? Imagine them trying to ENFORCE it

I’ve got the most excellent idea for legislation.
A Bill that removes all House and Senate protections from members pushing Anti-Gun Legislation. That way they can see first hand, why they need a gun.

Box vs stripper clip. I’m wondering if democrat ignorance caused them to allow the stripper clip but not the box magazine. And do they know about the en-bloc clip used in the most famous semi-automatic in American history?

SSssssh ! I have 2 of each! Excellent rifles. Completely stock, and for just that reason.

The 2nd Amendment is quite clear when it says “Shall not be infringed”. I am serious when I say that there are only two gun types that should require “extra” paperwork and a fee, those that have to be towed and those that are self-propelled should be required to have a State license plate.