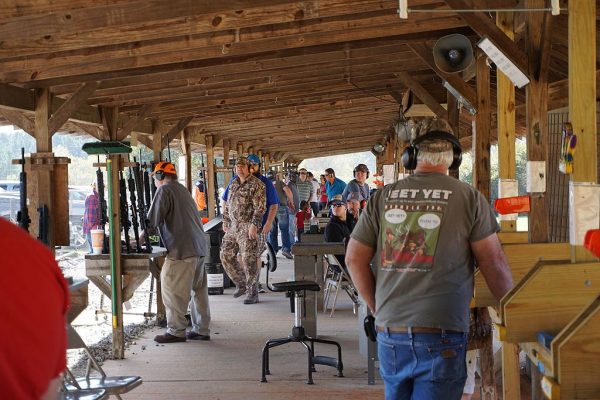 If you’re one of the millions of Americans who became gun owners for the first time in the last year, congratulations on taking this essential next step in the full embracement of your Constitutional freedoms.

Welcome to the club…and by that, I mean the shooting club of course.

Buying a gun was just the first step. It’s essential that you now practice and perhaps even seek some training (I might know somebody) to learn and master basic shooting fundamentals. You now have a responsibility to those around you to exercise this right in the best and safest manner you can – and that takes practice.

Exactly how much practice it requires really depends on what kind of gun owner you are and hope to be.

If you bought a gun strictly for home protection i.e., it’s now in a drawer in the back of your closet with an old sweatshirt over it and it’s not moving from there unless the next apocalypse finds its way to your house, even you need to hit the shooting range at least a few times a year.

Even as a passive gun owner, you have a responsibility to those in your household, your neighbors, and, in a weird way, your assailants, to be at least competent with your firearm. For you, shooting isn’t likely to become a financial hardship so just bite the bullet (pun intended) two or three times a year and pay for a day at the range.

In contrast, if you’d like to be a more active gun owner like the over 20 million Americans now licensed to carry a concealed handgun, you need to be at the shooting range on a pretty regular basis – at least two or three times a month.

Concealed carrying a firearm on a daily basis isn’t just an amazing right afforded to you by the Constitution, it’s a huge responsibility that shouldn’t be taken lightly. As law-abiding CHP holders, our goal is to become assets to society, not liabilities. In the event that you need to draw your weapon, not harming an innocent bystander should be your first concern. To decrease the chances of that happening, you need to go to the range and practice.

My advice for these active gun owners is to invest in a membership at the shooting range that’s most conveniently located for you, as this will increase your chances of actually using the membership.

Annual memberships are usually the most bang for your buck (again – pun intended) and allow you to go as frequently as you want. That last part is important because it will allow you to shoot enough to adequately develop your shooting skills but also save money on ammo because you won’t be blowing up a large quantity during each visit.

It’s more beneficial to the development of your marksmanship skills to shoot a small amount on a frequent basis than it is to shoot a large amount every now and then. In other words, going to the range once a week and shooting up a magazine or two is better than blowing up 500 rounds in an afternoon only twice a year. Of course, blowing up 500 rounds a day would be ideal but that’s not real life for most of us.

So, while it’s amazing that you’ve taken this next step into your second amendment freedoms, it’s now on you to exercise this freedom in the most responsible way possible – and that means practice. See you at the range new gun owners!