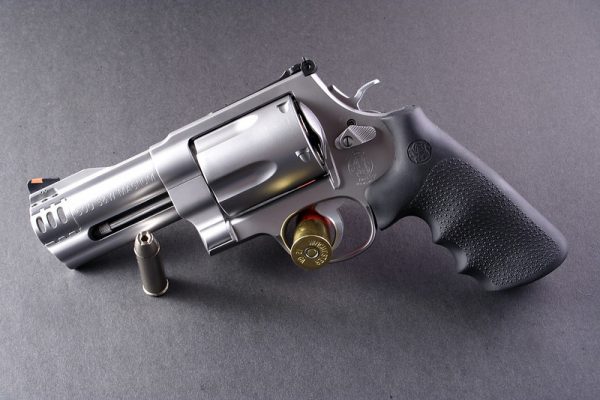 It always irks me to hear other firearm safety instructors discouraging their students from buying a revolver. Maybe I’m just from Texas and have deep-seated fantasies about roping cattle all day with a six-shooter strapped to my hip but in this cowgirl’s personal opinion, the revolver is still king and it always will be.

After all, this country was built on Samuel Colt’s revolver. It’s part of our history, our legacy, and our persona to the rest of the world. I don’t know about you, but I don’t recall Kel-Tecs and Springfields being mentioned in any of my U.S. History classes. That’s because the west wasn’t won with a semi-auto, it was won with rifles and revolvers.

Nonetheless, the semi-auto slowly but surely took over the American firearm scene in the last 100 years and now everybody wants a Glock or an HK. While I also enjoy a great semi-auto and certainly have plenty of them, the revolver still has my heart and probably always will.

I love revolvers. I love the way they look, feel, shoot, and of course, I LOVE the sound of that hammer cocking back. You just don’t get that kind of mechanical symphony with a semi-auto.

Now, semi-auto enthusiasts always have the same two arguments against revolvers: they’re heavy and you get a limited number of rounds. True, generally speaking, revolvers are heavier than semi-autos. However, that’s not always the case.

Like semi-autos, revolvers come in every shape and size imaginable. For example, Smith and Wesson’s 360 PD is a great gun and only weighs 11.5 ounces empty. Ruger’s LCR 38 weighs just 13.5 ounces and couldn’t be more comfortable and concealable. S&W’s 642 Airweight weighs 14.5 ounces and after several decades is still considered one of the best guns out there. The list goes on.

As for the limited number of rounds argument, I suppose that’s something to consider for a lot of shooters. Personally, I’m not too worried about only having six rounds – should be five more than I need.

Here are seven reasons why the revolver is still king and you shouldn’t exclude it from your list of home defense or concealed carry options:

So please keep telling me why revolvers aren’t awesome. Go ahead – make my day.