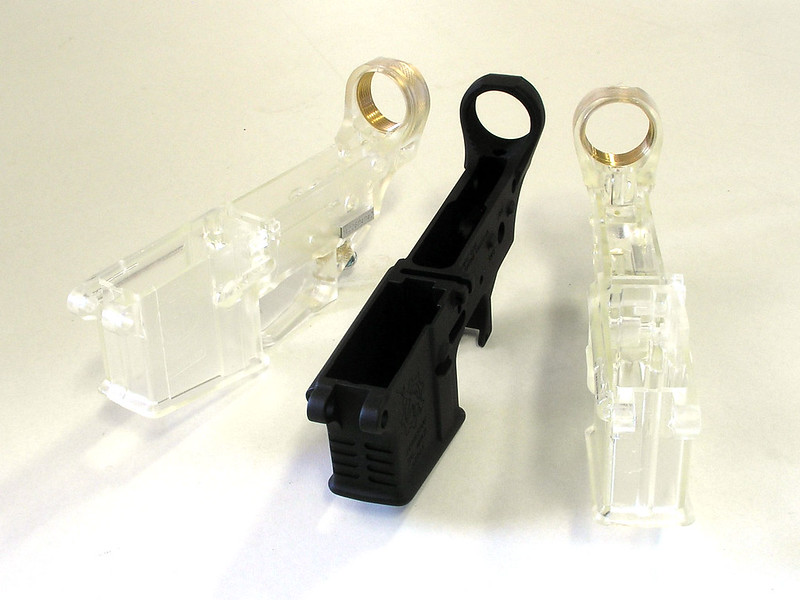 So-called “Ghost Guns” are a hot topic of debate in America as the Biden administration plots a takedown of firearms without serial numbers. One man in New York however has already beaten charges related to his possession of “Ghost Guns.”

52-year old John Andrews Jr. was facing six felony charges after police raided his home last year. His home was raided because he had allegedly purchased an illegal suppressor online, in reality, he purchased a solvent trap. The case would soon be thrown out due to authorities writing that Andrews has purchased a suppressor in their warrant application.

More on the arrest and felony charges from The Buffalo News:

Andrews’ online order, shipped from China, was flagged by Customs and Border Protection agents in California, according to a West Seneca police report.

The shipping label described the package’s contents as a “gear shift knob.” Federal authorities deemed it to be a silencer and contacted West Seneca police. They set up plans to make a “controlled delivery” of the package to Andrews’ residence.

That happened early in the afternoon of Jan. 7, 2020. Police came armed with a search warrant from West Seneca Town Justice Shannon Filbert. In addition to West Seneca police, there were agents from Homeland Security Investigations, ATF, Immigration and Customs Enforcement and the U.S. Postal Inspector’s Office, according to the town police report.

Shortly after the mail carrier handed Andrews his delivery and he went back in the house, there was a loud knock on the front door.

When police went inside the Queens Drive home, they found guns that served as the basis for eight felony weapons possession charges against Andrews.

While the case has been dismissed and charges have been dropped, Andrews is still looking to get his guns back and is planning a massive civil rights lawsuit.

Hopefully he doesn’t get a piece of… like Chauvin’s judge! Maybe someone who actually KNOWS the law rather than make his own rules to suit his personal opinions and agenda.

I have two surpresers, & one more on order. There used for hearing protection & should be able to buy over the counter. The feds & liberal swamp dwelling 🤮 pukes are idiots.