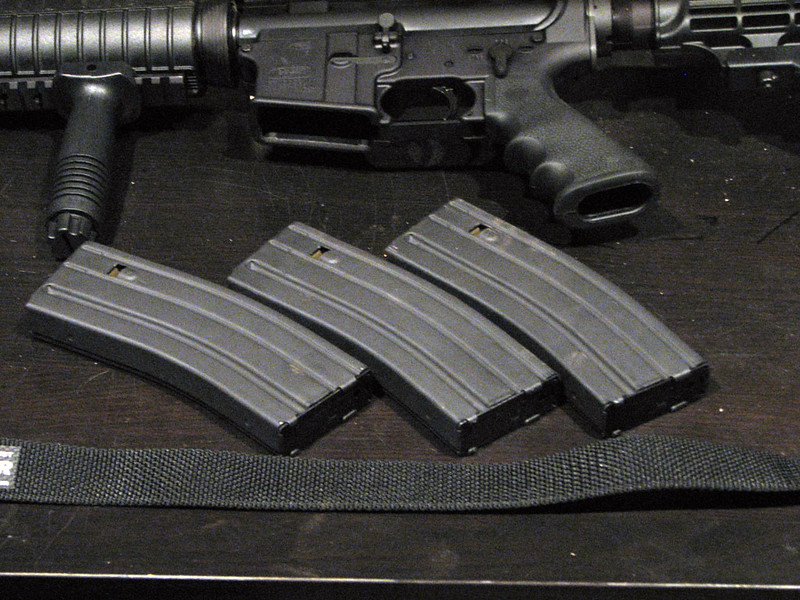 Democrats in Congress have proposed new legislation that will ban “high-capacity” magazines.

The proposed legislation is called the Keep Americans Safe Act and will ban the sale, possession, transfer, manufacturing, and importation of magazines holding 10 rounds or more. The legislation is being brought forward by Senator Bob Menendez and Representatives; Diana DeGette, Ted Deutch, and Dina Titus.

Magazines holding more than 10 rounds were banned for 10 years under the Federal Assault Weapons Ban of 1994. “We cannot clearly credit the ban with any of the nation’s recent drop in gun violence,” the Department of Justice-funded study concluded in 2004. “Should it be renewed, the ban’s effects on gun violence are likely to be small at best and perhaps too small for reliable measurement.”

The bill would also prevent coupled or joined magazines.

The lawmakers said it would not ban the continued possession of any magazine that someone currently possesses, and noted that owners of such devices “would be allowed to keep the high-capacity magazines they already have,” but would not be allowed to transfer or sell them to anyone.

Banning “high-capacity” magazines has been a top priority for gun control advocates. This legislation came soon after Biden announced his proposals for gun control and nominated David Chipman to lead the ATF. President Joe Biden has called the current situation revolving around gun violence a “national embarrassment” and a “public health crisis.”

I not a firearm enthusiast but this is asinine. Magazines don’t have a capacity. the clip has the capacity, magazine only feeds it into chamber. So go ahead and ban a non existent high capacity magazine…………it doesn’t exist

Gunny B
Reply to  cliff cusick

Hey Cliff… your lack of understanding firearms and their relative components (magazines) is evident and maybe you should educate yourself a bit on the topic.

I think I appreciate what you are trying to put forward, but your comments are borne of ignorance of guns. Read up and get back in the fight!!

Where did you get your gun mechanics instruction? From a Snowflake “Woke”? I am told “MAGAZINE” is the official name and “CLIP” is the slang for the SAME PART. They BOTH hold the “Ammunition”, Rounds, Shells, with the pointy copper thing that pokes holes. Quote: “EVERY EXPERT WAS ONCE A BEGINNER” in any subject. Study up and then it’s less confusing. I like guns from a fifty caliber on up. I would love to have a WWII German 88. Ammo would be little expensive, but you can tell when you get a hit.

Well if you watched Fat Ed years ago on MSNBC, we all know “with a magazine you just pull the trigger and 99 bullets come out!”

When a Government tries to take protection away from its Citizens, you know they have a malvoleant plan. Why dont they rather concentrate on BLM and Antifa and Media who create trouble? Because the DemonicRats are paid to cause trouble by the pals in China

I assume that will work as well as the BANS on Meth, Cocaine, Pot, Child Molesting / trafficking, Illegals flooding in, Congress stealing everything insight. Just because of laws BANNING it. That will be next thing smugglers will be bring in. Be nice if the they would BAN Democraps dumb STUFF and actually enforce it. Think a BAN on STUPIDITY would help?