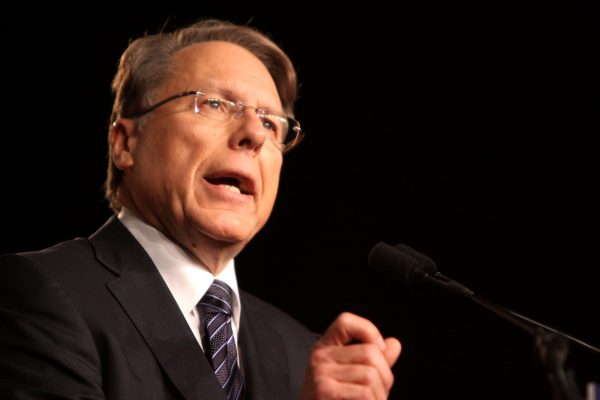 Photo by Gage Skidmore via (https://creativecommons.org/licenses/by-sa/2.0/) Flickr
May 5, 2022 By Jack Shepherd

The National Rifle Association has faced numerous accusations over the past few years and has been the subject of both mockery and criticism from Conservatives and Liberals alike during that time. After a failed bid to dissolve the NRA, New York Attorney General Letitia James has moved to new allegations with a different focus in her second amended complaint.

The new complaint from AG Letitia James is no longer seeking to dissolve the NRA. This new complaint does however put out some new legal theories under New York law governing trust relationships. This isn’t bad news for members of the NRA, but this is horrifying news for the individual defendants in this case.

The individual defendants in this case are; Wayne LaPierre, John Frazer, Joshua Powell, and Wilson Phillips.

These individuals may be required to reimburse the NRA for all their salaries, plus interest, while they were misappropriating funds. AG James will also be looking to appoint two individuals to oversee the NRA, one to oversee finances and another to oversee compliance with the law.

NRA in Danger is a group of NRA members, all of whom are life or above, who are deeply concerned about the organization and its future. This group of members feels that the NRA has made the “worst possible decisions” regarding the organization during the course of AG James’ investigastion.

She should be focusing on BLM misappropriation of millions as well as their purchases of mansions for the leaders.

She supports BLM aka Burn, Loot and Murder so don’t hold your breath waiting for it to happen.

The head of Twitters censorship team has been collecting $17 million annually. She will never last to meet her new boss Mr. Musk!

Now why can’t I find a job like that?

Let me know when you do.

NOT ALL THAT BIG OF A PROBLEM! All that’s necessary is to develop an investigation to find out what crimes Letitia James has committed. Don’t try to tell me she is pure as the driven snow, she ran for office spouting her plans to destroy the NRA, and she spewed her bias from day one, clean to today. Get her. She is going to be an easy target, and you can bet the farm, her hands are dirty.

So the question as I see it, why is the Board of Directors allowing this to continue? They have to know how this squandering is ruining the organization. We need to make sure that a sense of frugality in expenditures prevails in all dealings except the service to the members. Essential support needs to place legal matters with 2A first, then support of shooting sports competitions next, incl. Olympics, safety & training programs, and other resources last. I’d like to know how anyone on the Board ever came up with the thought that it existed to make millionaires of themselves first priority? Fire all of them. Especially King Wayne.

Time for Laporte to resign. This BS has been going on for years with no accountability for him and his wife and buddies. He should be charged with a felony. I also feel that the BLM should be investigated in the same manner as the NRA. Guess it’s time to join the Gun Owners of America.