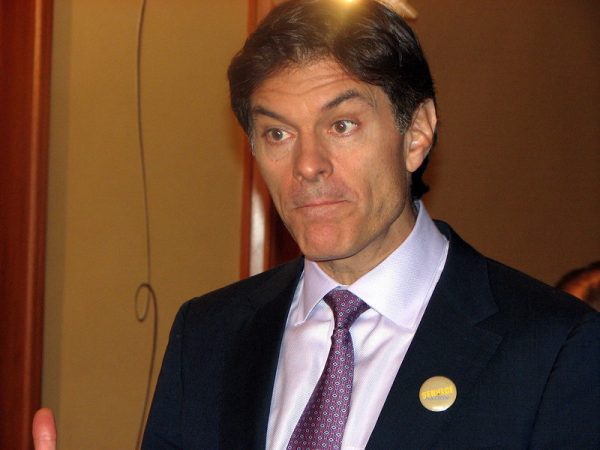 This article is highly speculative in nature and should be taken with a grain of salt.

Republican Candidate for Senate Dr. Mehmet Oz has been the subject of constant controversy over the past few months as a result of his past efforts to push Gun Control and what some are calling a lack of sincerity when it comes to his current support for the 2nd Amendment.

Recently, The Gun Feed found that if you searched up “dr. oz hunting” on Google the following image would come up.

Nothing crazy right? Well, something just isn’t right about this photo and its placement on Google images.

Allow me to explain.

Google images pull its photos from web pages across the internet and when you search for something several factors play into what is displayed. The webpage that most closely resembles what it is you searched for and the popularity of those pages affects what order they appear in.

With the term Dr. Oz Hunting, we noticed something strange. Not only does this image appear first but it links to Dr. Oz’s campaign website. See below.

If you click the linked photo and head over to the campaign website you would expect to see the photo there along with some caption or a quick bit of writing explaining Dr. Oz’s stance on the 2nd Amendment… but you don’t see that. 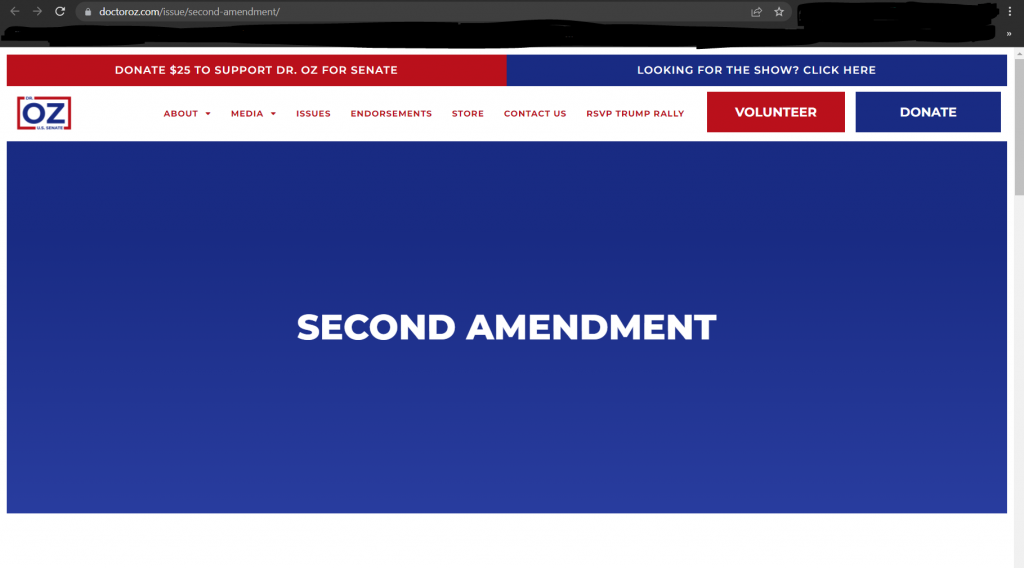 At first, you are greeted with this page informing the reader that this is in fact the 2nd Amendment page for Dr. Oz’s campaign website. When you scroll down you get to see a short campaign video and some campaign material about Dr. Oz’s stance on the 2nd Amendment. 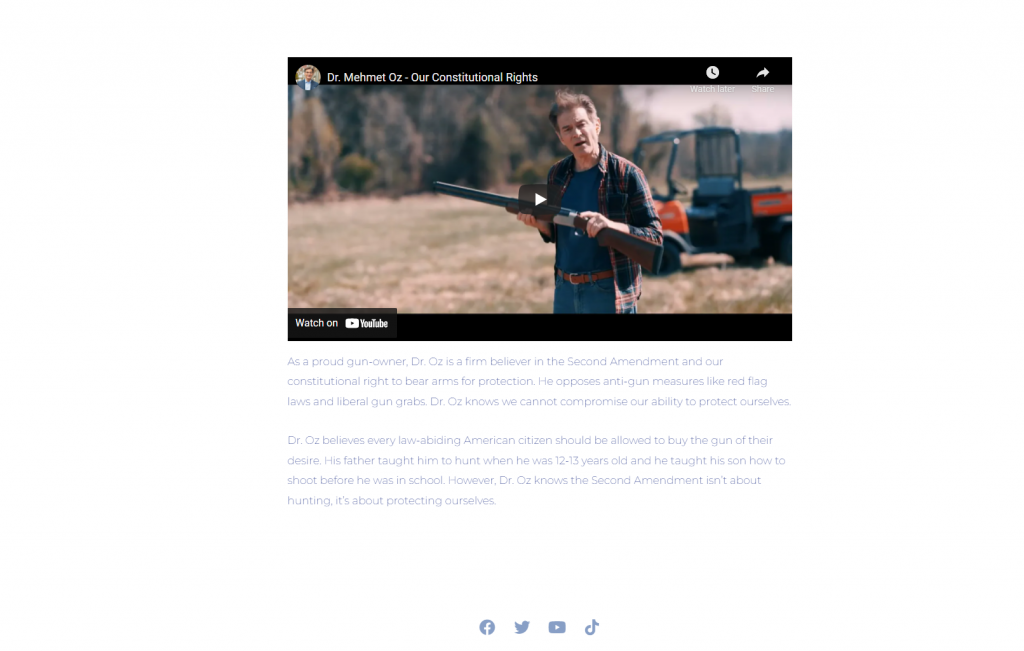 That photo is nowhere to be found. It is not on the page that it links to in Google Images. It is strange to think that this photo is the only photo of the man with hunting equipment when Dr. Oz claims that he has been hunting for his entire life. “His father taught him to hunt when he was 12-13 years old and he taught his son how to shoot before he was in school,” is what can be read over at the Dr. Oz campaign website.

This mysterious finding coincides with Dr. Oz’s backpedaling on Red Flag laws. In late February, Breitbart caught Dr. Oz telling voters that he supports Red Flag laws. On Red Flag Laws Dr. Oz said “part of the hope, I gather, is that we’ll make a system so that I can call in and say there is evidence besides my testimony that this person is dangerous. Look at their Facebook feed or social media postings or comments they’ve made to other co-workers besides me. Do a little investigating, I’m alerting you, putting a little red flag up there saying this person is a concern.”

Those are not the words of someone who has given little thought to the issue. As we have already seen in places that have created Red Flag Laws, these laws can be easily abused by activists and those with personal vendettas.

Understand that we are not accusing Dr. Oz of manipulating Google’s algorithms for his own personal political gain, but it certainly seems that this is a possibility.

It is possible that this photo has been added to the backend of his campaign website for later messaging and political efforts, nothing is concrete and this article is, for a large part, mostly hearsay.

What is not hearsay though, is Dr. Oz’s lack of credibility when it comes to the 2nd Amendment. Dr. Oz has a record that would indicate he is for gun control and not your 2nd Amendment rights.

It is possible to have a change of heart but in politics, you can never know for sure.

Once a turncoat, always…

[…] about Dr. Oz’s authenticity regarding his support for the 2nd Amendment. One recent story was about all the strange “hunting” photos that emerged, another involved Dr. Oz not wearing eye protection […]