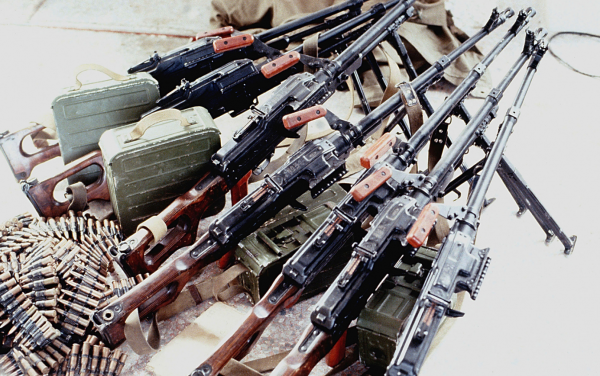 As announced a few months ago, the Mexican government is suing US firearm manufacturers for their alleged role in supplying the drug cartels with firearms that have been used to kill and maim Mexican nationals.

-The Mexican government came under fire earlier in the year as a result of the lawsuit, or rather who they left out of it, as Sig Sauer is notable not the list of those being sued. This was likely due to there being an arms deal between the Mexican military and Sig Sauer in the works.

-Such a lawsuit would not be possible in the US as certain laws(PLCAA) in the US prevent these types of frivolous lawsuits against firearm manufacturers, despite the hopes and aspirations of many on the American left.

-It should be noted that a Texas based law firm has stepped in to help the Mexican government in their lawsuit against these American companies, even going as far as to lower their rates.

Now that a decent amount of time has passed and the exact details of the lawsuit have been made public, there is more to take away from the legal complaint. The wording of the lawsuit is extremely careful, the Mexican government makes sure to note that the lawsuit is against private entities who they believe are engaging in negligent business practices.

As reported by The Intercept:

Mexico’s legal complaint is careful to make clear that its targets are private entities engaged in allegedly negligent business practices — not the U.S. government nor the legitimacy of the Second Amendment. “It’s a tort law case,” Celorio said. Still, it is no secret that the litigation is one piece in a broader effort to reframe the country’s relationship to Washington on matters of violence and security. On November 22, the same day that the gun companies filed their responses, Ebrard appeared before the U.N. Security Council to present a proposal for an international strategy to combat small arms trafficking. The foreign minister explicitly connected the proposal to the lawsuit.

“The Mexican government would never try, attempt, or give a signal that we want a change in domestic law in the U.S. We respect that sovereignty,” Celorio said. “But we’re dying. We cannot wait until things happen. So that’s why we’re resorting to other actions.”

It can not be overstated that if this lawsuit had originated in the US it would have already been thrown out, because this is an international dispute it is hard to tell where this is going to go.

All the more reason to seal the border with Mexico, and make smuggling a capitol offense.

In discovery, I would want, for each of the weapons, serial number, where it was seized, and tracking on how it arrived in Mexico. A lawsuit against each Mexican Custom Agent, Custom Service and/or Mexican Border officer who let the firearm into Mexico should be considered. Don’t forget to ask for costs.

Uh, refer back to “fast and furious”. Target the individuals who promulgated that.

mexico needs to worry about cartels instead,they have $$$$$ to buy anywhere