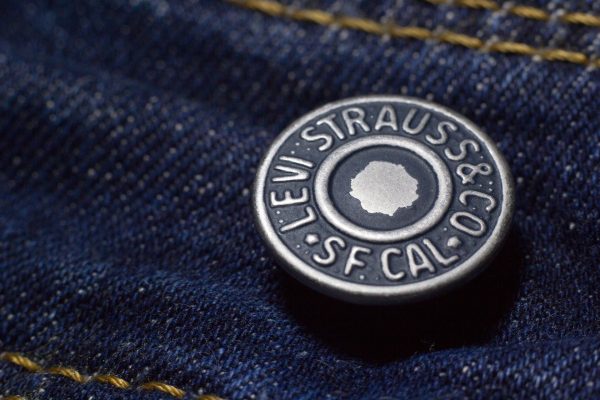 Levi Strauss, one of the most popular jeans manufacturers, has begun offering 24/7 counseling from a “racial trauma specialist” to its employees and is now encouraging all of its employees to openly advocate for “common sense” gun control. This move by Levi Strauss comes just after the verdict came through in the Kyle Rittenhouse trial.

This was all revealed after Levi’s chief diversity, equity and inclusion officer, Elizabeth Morrison, sent a letter to staff that was later obtained by the Daily Mail. The letter opened with “with the news that Kyle Rittenhouse was not convicted in the shooting of three individuals – two of whom lost their lives – during racial justice protests last year, this is a difficult day for many.” The free therapy is being offered to those suffering with the “pain and trauma of race, identity and belief-based tragedies.”

From the Daily Mail:

The California based-executive encouraged employees to use the counselling because ‘resources to help [employees] impact social justice, equality and drive positive change’ such as ‘getting educated and informed on the issue of gun violence’ and ‘reaching out to your elected officials to let them know just how important common-sense gun laws are to you.’

Jamila Codrington is a New York-licensed psychologist who has appeared on various panels, claiming that ‘black people have been duped into thinking we do not matter.’

Codrington appeared on the Karen Hunter radio show in January for a discussion about how ‘we must decolonize our minds.’

‘One of the main weapons of colonialism and white supremacy was to destroy our memory and to separate us from our wealth – our cultural wealth,’ she said.

This story really isn’t anything we haven’t seen before. A corporation is making extremely partisan political moves in an attempt to be controversial and get their name in the press. Issue is, moves like this often step over a line and result in a segment of the population not buying their products anymore. We will have to wait and see what happens.

No more Levi’s for me. After 50 years! There are plenty of other choices.

Levi’s now go in the dust bin of WOKENESS,,,,,adios Levi’s

equity and inclusion officer? That used to be called a social worker for doling out aid! Even Levi is now wussified! Pathetic

Don’t like Levi Strauss anyway there clothes are overpriced and shrink like heck no loss if they go out of business.

Not long ago I purchase Levi’s at Sears: BIG mistake! They were a perfect fit but they shrunk so badly after a couple of washings that I had to give them away. Thumbs DOWN.

I quit wearing Levis years ago. It’s only carhartts for me

Been wearing Wrangler Pro Rodeos and 5 Star Wranglers for years. Levi became the Metrosexual Jeans years ago. Won’t support anyone who supports the Democrat Marxist Crime Cartel agenda. Many oppose boycotts because they don’t want to injure innocents working for the companies financially. Sadly in every war there is collateral damage. Just look what we did to Germany and Japan in W.W.II. But wars are not won with political correctness. We are in a Cold Civil War right now. Best to hit them in the pocketbook and win it. After all investors will not remain with a business they cannot profit from.

one less place to shop

OK. That settles it: I will purchase LEE or KIRKLAND, whatever, as long as they are not manufactured in CHINA.

Lee was good when made in America, but now they are crap, to big in butt and to baggey in thighs. I buy wrangler

No major brand of blue jeans is currently made in the USA; but I can buy something not produced by a woke, anti 2nd Amendment company. Get Woke/Go Broke.

I quit buying Levis years ago when they first became Anti-2A. The few pairs I had went in the fireplace. I refused to even give them away.

This current Stunt, is just BS.

I don’t buy Levi anything, it’s overpriced and not worth the hassle to mess with.

Levi’s has been anti 2A for years, and I haven’t bought there over priced foreign made clothes in years!

No more Levi’s for me and my family…Lee’s or Wranglers now will have our business!

Years ago, Levi’s were my brand. Decent jeans and an American company. But then one day I heard on the radio that they were closing their last American factory. I actually sent them a letter asking “what the heck?” They sent a letter back to me (remember real mail?) stating nicely and respectfully that they decided to cease being a manufacturer and instead, would concentrate on being a marketing company full time. That is when I stopped wearing them. They later came out as the company they are now. Well well. My jeans have for years now come from Diamond Gusset. Find them on line. American right down to the cotton. Nice jeans too!

The pioneers who wore Levi’s were men and carried guns for protection and law and order. Today’s Levi wearers are Pusey’s . I have one pair left I never wear. They are black and I save them because it’s an old American product that has committed suicide. No more purchases from them ever again!

It is amazing how far a company that was founded by someone that would have never advocated firearms control has sunk into the morass of “politically correctness”! Too bad, and of course I will not be buying any of their product either, but I imagine that they have a loyal following of the “woke” crowd that has no clue!

In today’s woke world it could be either of the “men” in the “family”. They buy the Levis with the rainbow emblem on the back pocket.

what a bunch of liberal woke nonsense……oh boo hoo……some body wearing LEVI’s might have their widdle feelings hurt…..They REAL cowboys that used to wear that stuff would be laughing their collective AXXes off…….too funny…….this is taking wokedenedness to the extreme…funny thing is Levi’s are really popular in Russia and sold for serious money on the black market……maybe it’s a Commie thing and they should confine their sales to socialist and communist countries.

Plenty of other canvas pants.

I used to prefer Levi’s, I will never buy them again

I don’t buy Levi’s any way, and that is now a better reason not to.

I will no longer purchase any more Levi’s.

that’s why i dont buy levis. If more gun owners did this they might change there minds