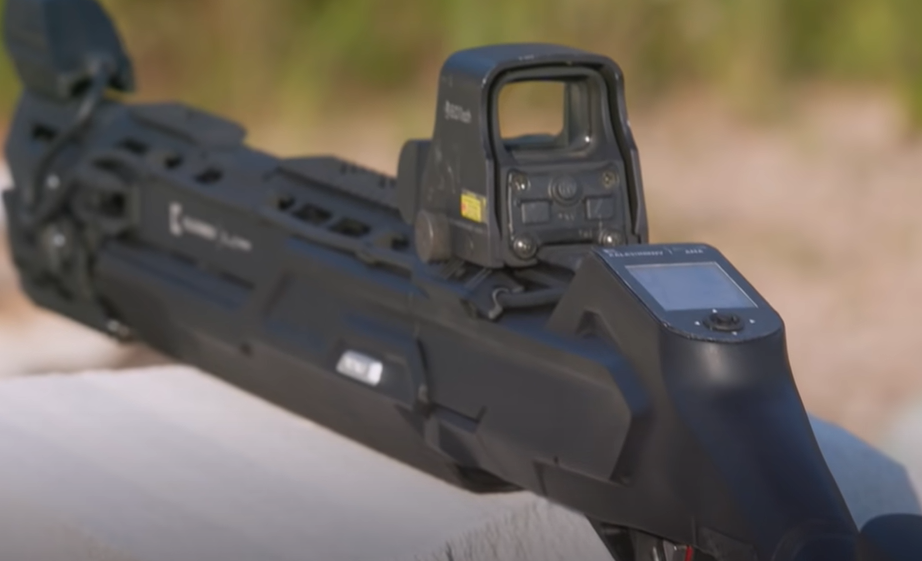 Smart Guns were proposed as a “common-sense” gun control solution a few years ago, but the measure has since fallen out of popularity and we want to take a look at why.

Smart Guns was a term developed to describe firearms build with special technologies. These technologies ranged from advanced safety built off of RFID technology to built-in cameras and special displays. The advanced electronic safeties were the most looked to piece of technology and one that many thought could have middle ground appeal in the 2A conversation.

This, in theory, would have prevented unauthorized users of certain firearms from being able to use them. A small child that somehow got a hold of a firearm would be unable to fire it because of this safety system. A thief would be unable to use the firearm because they wouldn’t be an authorized user and would not have access to the chip required to make the gun function.

Why wasn’t this technology ever adopted and brought to the public?

Was it too expensive? Not at all, RFID technology is in our credit and debit cards, most buildings use the technology in conjunction with access cards, the truth is this technology is cheaper than physical keys and accessible to virtually everyone.

Did pro-2A lobbyists stop the measure? Not really, the conversation surrounding this technology and its implementation in firearms died out very quickly on its own.

The issue with this technology was one of security and reliability, but most issues with it stemmed from the latter.

RFID technology is not reliable enough for use in combat and self-defense. In a self-defense situation where you only have fractions of seconds to think, your gun needs to work. A physical safety on a firearm is easy enough to adjust with muscle memory, that’s if you have a degree of training, but RFID technology is just not the same. If you were wearing one of those rings, for instance, your finger might be too far away from the chip that’s embedded in the firearm and it might just not work when it needs to.

Security is a huge issue with RFID technology, who is saying this? The US Department of Defense.

The US military attempted to use RFID technology with its firearms to prevent thefts and perform inventory checks quicker than they were able to previously. The technology worked very well when it came to these inventory checks, service members could quickly identify what was what and what they were missing, if anything.

The issue of security became extremely apparent right then and there, if the military could track down all these firearms super quickly, couldn’t everyone? The military quickly realized that anyone who could afford this very cheap and commercially available technology could track down their firearms. The Department of Defense has since told the various branches of the military that this technology puts military-grade firearms at an extreme security risk.

With these security issues and reliability concerns, it should be very obvious why policy discussion on smart guns is being shelved for another day.

As for other smart technologies and their incorporation into firearms, they have the go-ahead in the private sector. Russia’s famous Kalashnikov brand has revealed its first-ever smart gun, the MP-155 Ultima.  This shotgun is the real deal, it does not include any RFID smart locks but the shotgun can be connected to WIFI, has USB-C ports for connecting cameras, and an onboard computer for storing videos and other data. This isn’t a groundbreaking piece of tech but it is neat and it will be interesting to see if it makes its way to the United States.

The Government Party (democrats) is so hung up on gadgets and gimmicks to control them, they’ve forgotten what firearms are supposed to do.

How many have had the smart chip on your credit card fail to read? How many want to bet their lives on that same technology? None I would wager.

What Ever Happened to Smart Guns? - Self-Reliance Central

The biggest issue is that none of the options are foolproof. Anything programmable can be hacked, period.

Let’s say they do come up with something that works, isn’t cost prohibitive, and the Government manages to pass the laws necessary to implement this nationwide. Would you trust a company that made a device for a Government willing to infringe that far on the 2nd? What if whatever they come up with could be deactivated from your use by the broadcast of a signal remotely?
It’s our Government and I wouldn’t trust the bastards about anything at this point.