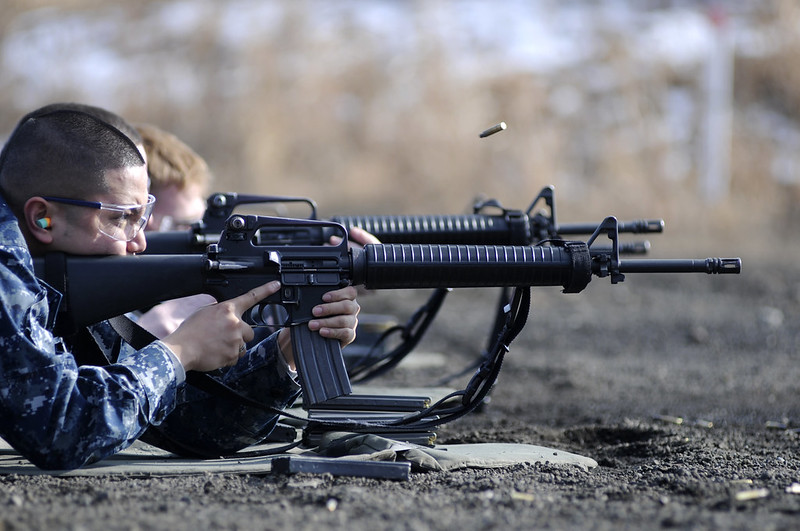 San Diego recently went ahead and moved to ban all “ghost guns,” and now the great folks at the Firearms Policy Coalition are suing the city to overturn the ban.

For those who do not follow the news or those that aren’t familiar with modern developments in the firearms space, “ghost guns” are incomplete firearms or unserialized firearms. The gun grabbers use the term to describe a broad range of things and generally speaking only those lacking firearm knowledge use the term. The term is meant to be scary and relies on YOUR lack of knowledge when used in policy debates.

Recently the San Diego city council banned the sale and distribution of 80% lowers (note: Federal law already prohibits the sale and distribution of unserialized firearms), 80% lowers are incomplete firearms that require some machining to finish. This move followed a disastrous attempt by the ATF to do this nationally. You can read about the initial ban on “ghost guns” here.

The Firearms Policy Coalition is suing the city in an effort to overturn the ban. On top of the lawsuit, FPC also filed a motion for a temporary restraining order and a preliminary injunction to stop any enforcement of the law. The FPC lawsuit against Sand Deigo is being filed as Fahr v. San Diego.

The city of San Diego was able to justify this ban by using misleading statistics, as gun grabbers often do in policy discussions, and let’s make it known that this entire policy debate is predicated on the publics’ lack of knowledge on firearms.  The FPC is looking to overturn the ban in its lawsuit and they have a very good chance of winning this case, this being said they will likely face several major legal hurdles in the process. Local judges in the state of California will likely side with the city of San Diego and things will have to be escalated to a higher level.

SAN DIEGO, CA (September 24, 2021) — Mere hours after San Diego, California Mayor Todd Gloria signed Ordinance no. O-2022-7 into law, Firearms Policy Coalition (FPC) last night filed a new Second Amendment lawsuit challenging the new ban that prohibits individuals in the City from home-building firearms, including the possession of parts and materials necessary to self-manufacture constitutionally protected arms. The confiscatory terms of the Ordinance additionally require that all persons who have any of the banned items dispossess themselves of the items within 30 days. FPC Law also filed a motion for a temporary restraining order and preliminary injunction today to block enforcement of the law. The complaint and application for temporary restraining order in Fahr v. San Diego can be found at FPCLegal.org.

“The right of individuals to self-manufacture arms for self-defense and other lawful purposes is part and parcel of the Second Amendment right to keep and bear arms and an important front in the battle to secure fundamental rights against abusive government regulations, like San Diego’s unconstitutional ban,” said Adam Kraut, FPC’s Senior Director of Legal Operations. “FPC will continue to aggressively work to defend the People’s rights and property in this case and dozens of others throughout the United States.”

“Throughout American history and our nation’s traditions of robustly exercising the right to keep and bear arms, people have been free to personally manufacture, construct, or otherwise assemble arms in common use for lawful purposes, including lawful self-defense and defense of others,” the complaint begins. “The Second Amendment right necessarily includes and thus guarantees the ability of ordinary law-abiding citizens to self-manufacture firearms in common use for self-defense and other lawful purposes.” The complaint also details founding-era examples where “many colonies relied on and incentivized people outside of the firearms industry to produce firearms,” including ones from New Hampshire, New York, and North Carolina.

The discussion on unfinished firearms is a ridiculous one and when we say it is predicated on the lack of knowledge the public has we mean it. Unfinished firearms means just that, firearms that are not yet finished. These are not firearms that can be readily put together, the components needed to make these hunks of metal become fully functioning firearms are not yet completed. These components generally required machining or some technical skill to complete.