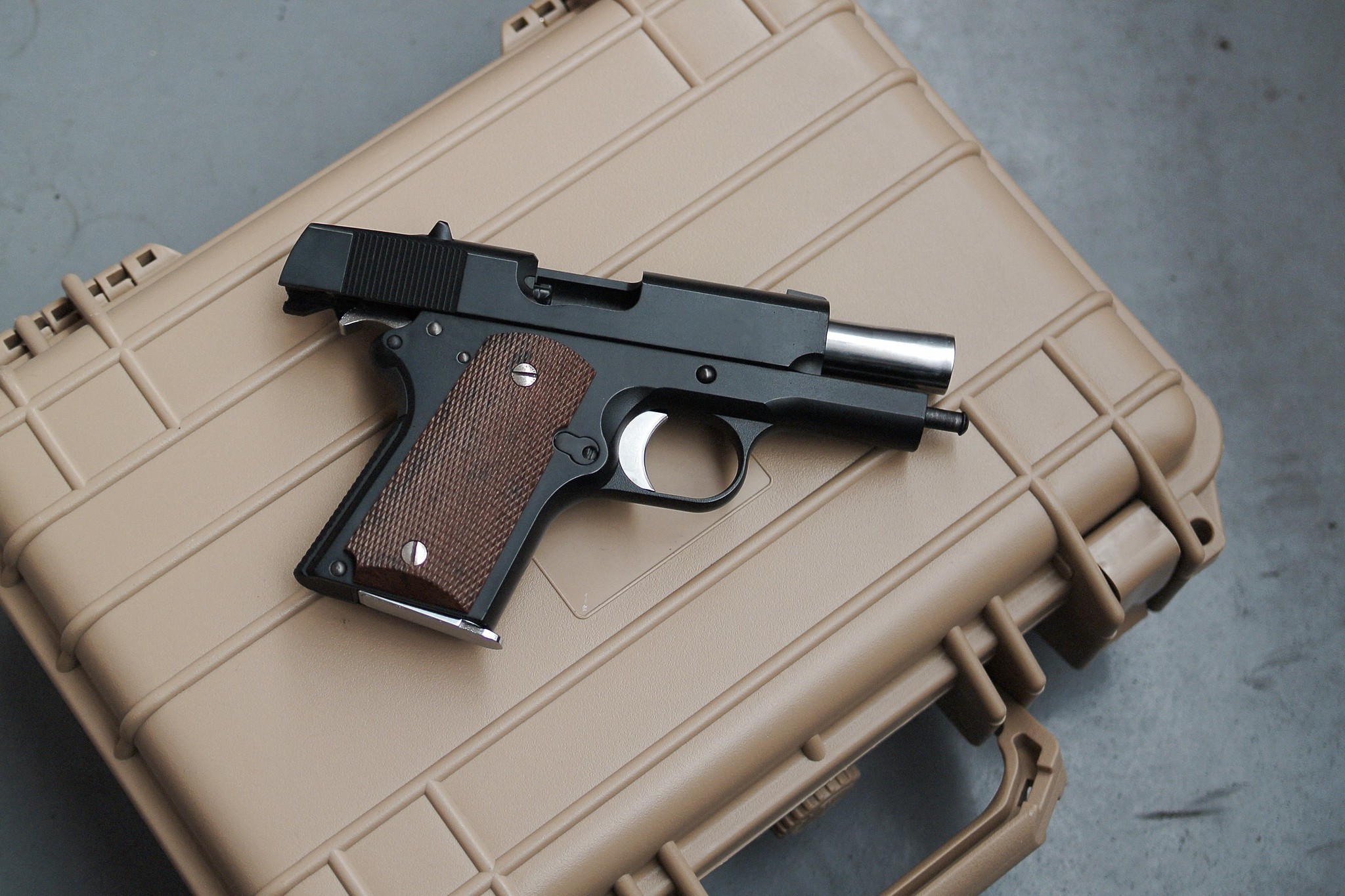 The Giffords Group recently tweeted in support of Biden’s ATF nominee David Chipman, their former employee, and claimed that all the outcry against Chipman stemmed entirely from the gun industry.

The biggest opponent to David Chipman’s nomination for ATF Director?

Chipman’s confirmation is literally a matter of life or death—but to the NSSF, it’s about their ability to sell more weapons. https://t.co/RzLlatyBsA

There really isn’t a need to debunk this Bizzarro world claim made by the Giffords Group, it has been made abundantly clear by now that the opposition to Chipman is coming from all angles. While the arms industry is among his detractors they are not alone in their opposition to the anti-2A ATF nominee.

Interestingly though we are seeing the beginning of a political shift when it comes to the gun grabbers game plan. No longer are they immediately blaming the NRA, it seems that they will now be calling out the National Shooting Sports Foundation (NSSF) instead. This is just something that is worth keeping in mind as the 2A political situation continues to evolve.

We did see a plethora of gun owners and political figures come out in response to the tweet. This was likely not what the Giffords group wanted to see. 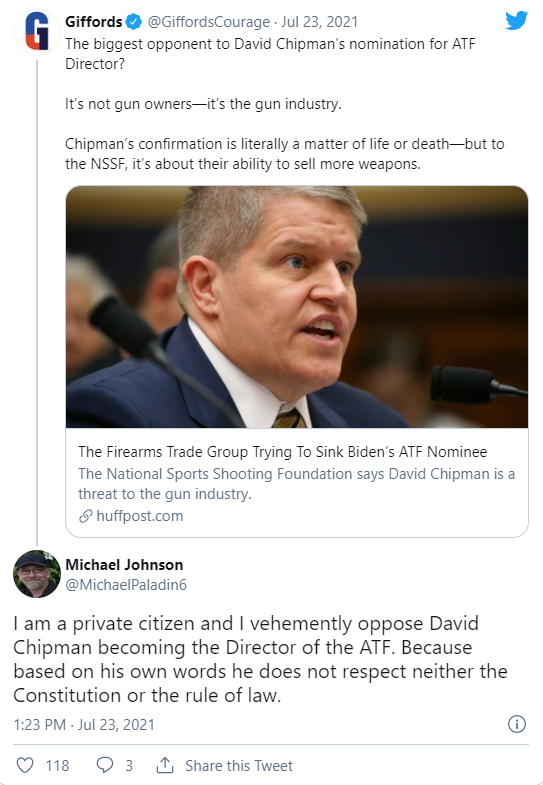 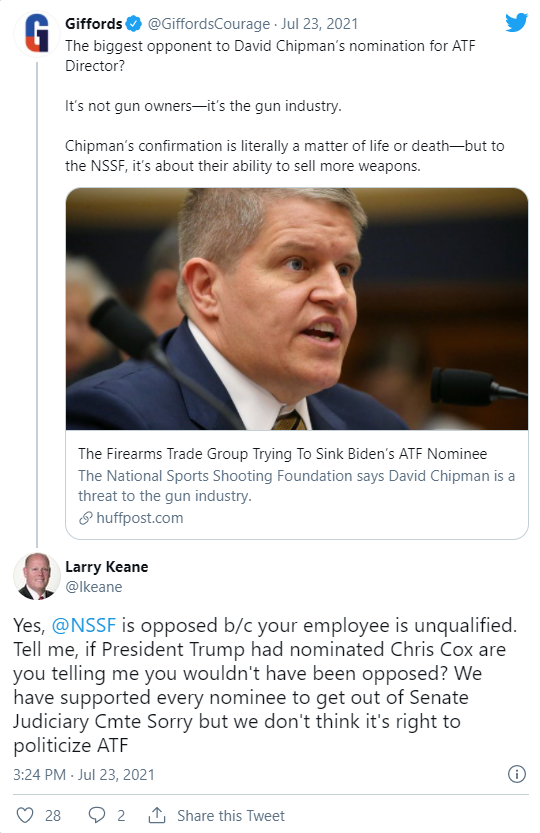 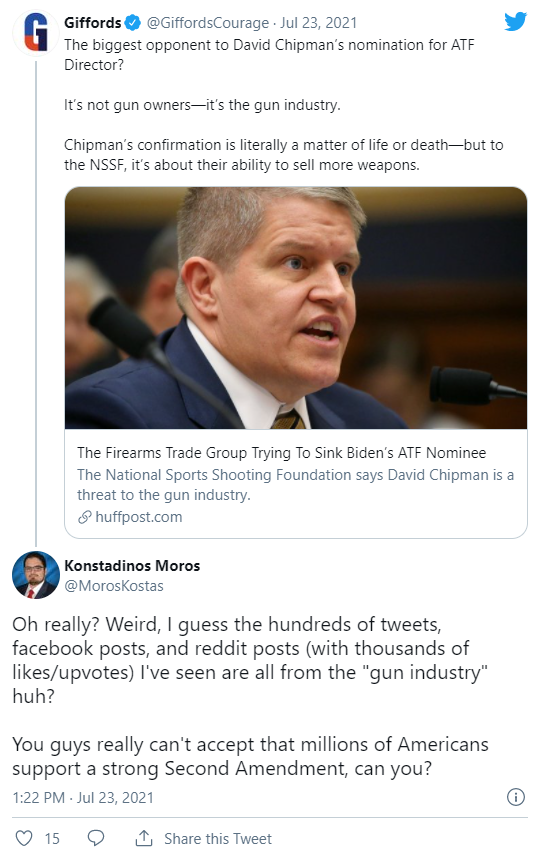 Giffords’ Gun Grabbers lying again. Why are we surprised? He works for them!

AZ Sen. Mark Kelly (Giffords Spouse), needs to be called out if he votes to confirm Chipdickhead. That’s an Ethical Violation, if he doesn’t recuse himself from voting for a current Employee of his.