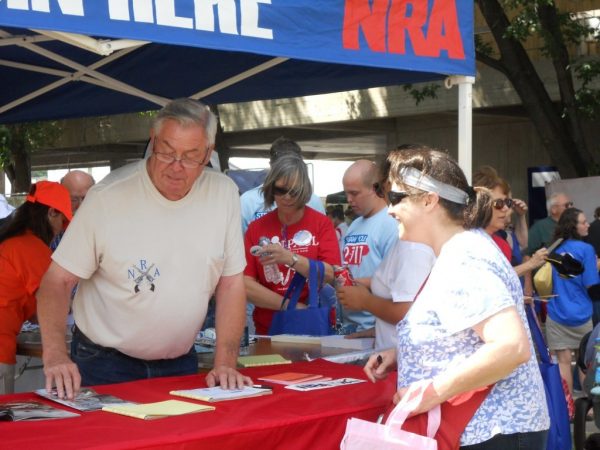 The National Rifle Association has filed for bankruptcy protection due to a battle with the New York Attorney General.

The NRA has also announced that it will reincorporate in Texas.

WASHINGTON – The National Rifle Association said Friday that it has filed for bankruptcy in U.S. court as part of a larger restructuring plan aimed at moving to Texas after New York state had sought the organization’s dissolution for allegedly misappropriating funds.

The gun-rights advocacy group said it would restructure as a Texas nonprofit to exit from what it described as “a corrupt political and regulatory environment in New York,” where it is currently registered.

“The plan can be summed up quite simply: We are DUMPING New York, and we are pursuing plans to reincorporate the NRA in Texas,” wrote NRA CEO and executive vice president Wayne LaPierre, adding that the move will have “no major changes are expected to the NRA’s operations or workforce.”

In his statement Friday, LaPierre said that the NRA is not insolvent and the move to Texas would make the organization stronger. “We are as financially strong as we have been in years,” he said.

The NRA’s headquarters will remain in Fairfax, Virginia.

It was incorporated there originally in the mid to late 1800’s, a different and a different party controlled it. Actually a very good move.

Thank God for the NRA!

Why would the NRA be incorporated in. A Democratic State? What was the leadership thinking or were they totally asleep. Didn’t the fact that Cuomo was Governor remind you it was time to get out about 8 years ago.

Getting the “H” out of corrupt and fascist New York is an excellent idea. As a long time NRA member, I am all for it as far as it goes. Now I want some serious accounting for the corruption that I have been reading about in the NRA.

Biden and Camel Harris should not mess with NRA

Welcome, Welcome ……
We would love to have you in Texas …. we are Patriots and love our NRA and our rights to Conceal and Carry !

At lease they are moving to a state that is a solid defender of the AMERICAN CONSTITUTION and peoples RIGHTS under the CONSTITUTION. And out of the liberal socialist communist dictators and their minions.
There are MANY organizations who stand for the same RIGHTS, but I wish that the organizations who, just by their names are INADVERTANTLY causing the problem we are trying hard to correct, “RACISM”. remember the CONSTITUTION is color blind and fits ALL AMERICANS.

Methinks it is time for the American Supreme Court to get involved (if John Roberts has finally learned how to read the English language). The NRA is an organization that promotes a Constitutionally guaranteed right, and is being harassed by NY government employees because they do. Why aren’t these NY employees now seeking bail from imprisonment, awaiting their trials for Constitutional violations? Where the hell is American justice?