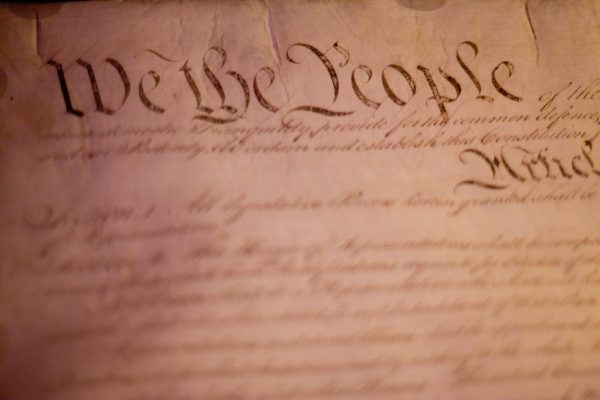 The Virginia Citizens Defense League (VCDL) has announced that the email service provider Mail Chimp has kicked it off of its platform.

VCDL is the top gun-rights group in the state of Virginia.

According to The Washington Free Beacon:

The Virginia Citizens Defense League (VCDL) announced Wednesday night that its account with the leading mass-distribution service had been suspended. The tech giant failed to provide any reason for the decision. The blackout has left the group scrambling to find an alternative.

“There was no justification,” Philip Van Cleave, the president of the VCDL, told the Washington Free Beacon. “They provided nothing. Basically, they just said we need to get our stuff and be prepared to move on.”

The suspension comes as social media and tech companies have begun to purge users, including President Donald Trump, from their platforms in response to the deadly Capitol riot and subsequent FBI warnings about the potential for further violent attacks. Tech companies claim they are only targeting extremists and attempting to interrupt plans for violence, but critics believe the effort is overly broad, sweeping up peaceful and legitimate conservative groups.

In a copy of the company’s email to VCDL obtained by the Free Beacon, Mailchimp cites unspecified risks as the reason for the suspension: “In this case, our automated abuse-prevention system, Omnivore, detected serious risks associated with the account,” the email says. “That said, this risk is too great for us to continue to support the account. We have to ask that you seek a new vendor for your email marketing needs. We appreciate your understanding in this matter.”

The Free Beacon even reviewed the emails sent by VCDL leading up to the suspension and found none that mentioned the Capitol Hill riot, election fraud, or the incitement of demonstrations.

However, Mail Chimp has been known to be very hostile towards conservative causes so the suspension and ban is not at all surprising.

Mail Chimp? Whenever I get something from them it seems like it’s about 2 seconds from the delete button.

If you let them take our guns them the Leftist will take over, and run your life for you.

Mail Chump? hell I put them on the privacy badger years ago, as well as cookie delete, and provider ban

Chimp? That is some kind of a monkey, is it not?

Discrimination against parties engaged in legitimate commerce would seem a good candidate for some form of punishment. They’d be severely punished for bias based on race, gender, sexual orientation, national origin, gender identity, age, political affiliation, ethnicity, religion, disability and a list of individual rights. Seems members of the Virginia Citizens Defense League have suffered a civil rights violation.

All the colossal platforms that dominate the internet currently engage in some forms of civil rights violations. If they cannot succeed without engaging in monopolistic abuse, antitrust agencies should assume executive management of the enterprise until a suitable staff is assembled to do the job that guarantees equal treatment of all citizens. If they cannot satisfactorily profit as reorganized, they should be allowed to collapse.