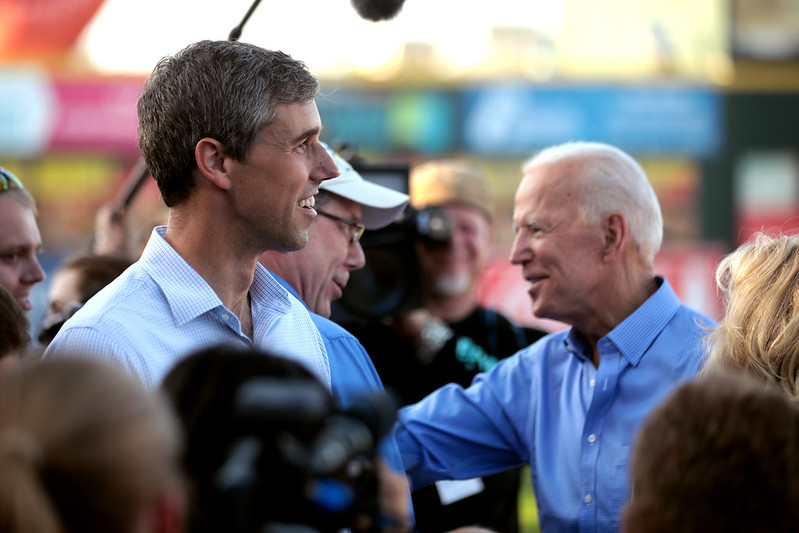 Robert O’Rourke is running for Governor and is not exactly doing all that well in Texas. O’Rourke was recently subjected to some mockery at an event over comments he made about AR-15s.

The Daily Beast reports that O’Rourke was speaking in Mineral Wells, Texas, when he began referencing the AR-15 rifle that was used in the May 24 Uvalde mass shooting.

O’Rourke said that those killed in Uvalde were “shot to death with a weapon originally designed for use in combat, legally purchased by an 18-year-old who did not try to obtain one when he was 16 or 17 but followed the law that’s on the books, ladies and gentleman.”

He continued by saying those laws say that “you can buy not one, you can buy two or more if you want to, AR-15s, hundreds of rounds of ammunition, and take that weapon that was originally designed for use on the battlefields in Vietnam to penetrate an enemy soldier’s helmet at 500 feet and knock him down dead…”

It was at this point, as O’Rourke spoke, that an audience member laughed out loud at O’Rourke’s hyperbole regarding the AR-15.