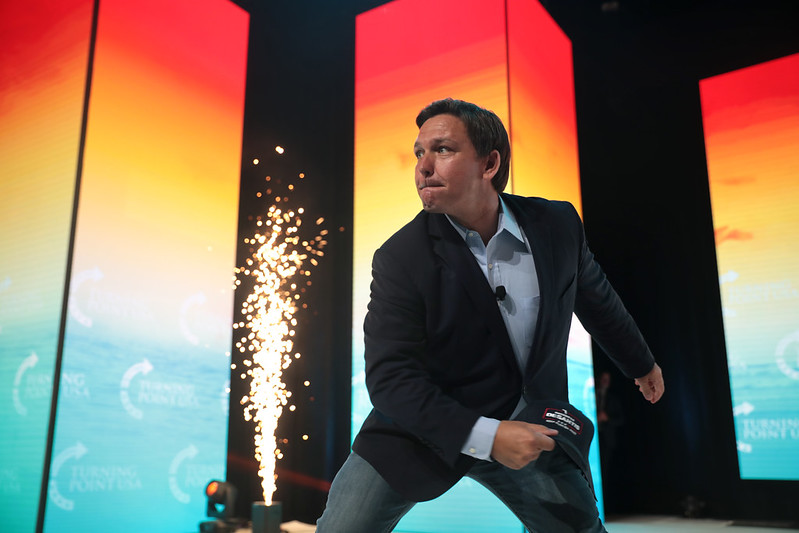 When you think of states with low gun sales, you think of gun-forsaken places like New York, California, and Washington… Not Florida.

As was reported in The Capitolist:

There are over 393 million guns in circulation in the U.S., according to estimates from the Small Arms Survey, far outnumbering the national population of 327 million. In the United States – the only country in the world home to more civilian-owned guns than people – guns are big business.

While the appropriate balance between gun rights and public safety is a hot button political issue, the economics of the firearm industry are less controversial. According to The Firearm Industry Trade Association, guns and ammunition had a total economic impact of over $70.5 billion in 2021 – generating over a billion dollars in tax revenue and providing hundreds of thousands of jobs.

According to data from the Bureau of Alcohol, Tobacco, Firearms, and Explosives, there were 2,847 federally licensed dealers or pawn brokers of firearms in Florida as of January 2022, or 13.4 for every 100,000 people – the 10th fewest among states.

The concentration of gun stores reflects current demand for firearms in the state, as Florida ranks in the bottom half for both measures, adjusting for population. FBI firearm background check data, which is a close proxy for firearm sales, shows that an estimated 748,659 guns were sold in Florida in the first half of 2022, or 3,529 for every 100,000 people, the 16th fewest among states.

When we look at the lowest ranked state, New Jersey, it only has 3.5 gun stores per 100 o00 people. This is abysmal, considering the state had 81,209 sales in the first half of 2022. Those stores must have been pretty damn packed.

Makes $440 to $780 per day on-line work which i received $21894 in one month online performing from home. I’m a daily student and work just one to a strive of hours in my spare time. everybody will do that job and online raise extra cash by simply
Open HERE:>>> http://Www.SmartJob1.com

get paid over 190$ per hour working from home with 2 kids at home. I never thought I’d be able to do it but my best friend earns over 10k a month doing this and she convinced me to try. The potential with this is endless. Heres what I’ve been doing.. HERE====)> https://easyworkus1.blogspot.com/

Finally I made $392/hr. It’s time to take some action and you can join it too.It is a simple, dedicated and easy way to get rich. Three weeks from now you will wish you had started today.Simply give it a shot on the accompanying site.

I have made $100 every hour in one day.That was my ideal day in my life and my boss was very content with me..CNN is additionally intrigued from my work and is very happy..check further subtleties by open the underneath site..
go to this link…………… https://www.WORKSCLICK.com

Google is presently paying $10447 to $13025 every month for working on the web from home. I have joined this activity 2 months back and I have earned $15248 in my first month from this activity. I can say my life is improved totally!

I MAKE $16540 by doing simple work part-time using a lap-top & on thursday I bought themselves a Alfa Romeo after I been earnin $6786 this month and in excess of ten-grand this past month . without a doubt its the most rewarding Ive ever had . I began this nine months/ago and practically straight away started bringin in at least $81 p/hSee here.

Super fast money earning online job to flood the cash in your bank account every week. from this only by working for 2 hrs a day after my college i made $17529 in my last month. I had zero experience when I joined this and in my first month I easily made $11854. It is so easy to do this job and regular income from this is just superb. want to join this right now? just go to this web page for more info>>>↠↠↠http://www.web.slate74.com