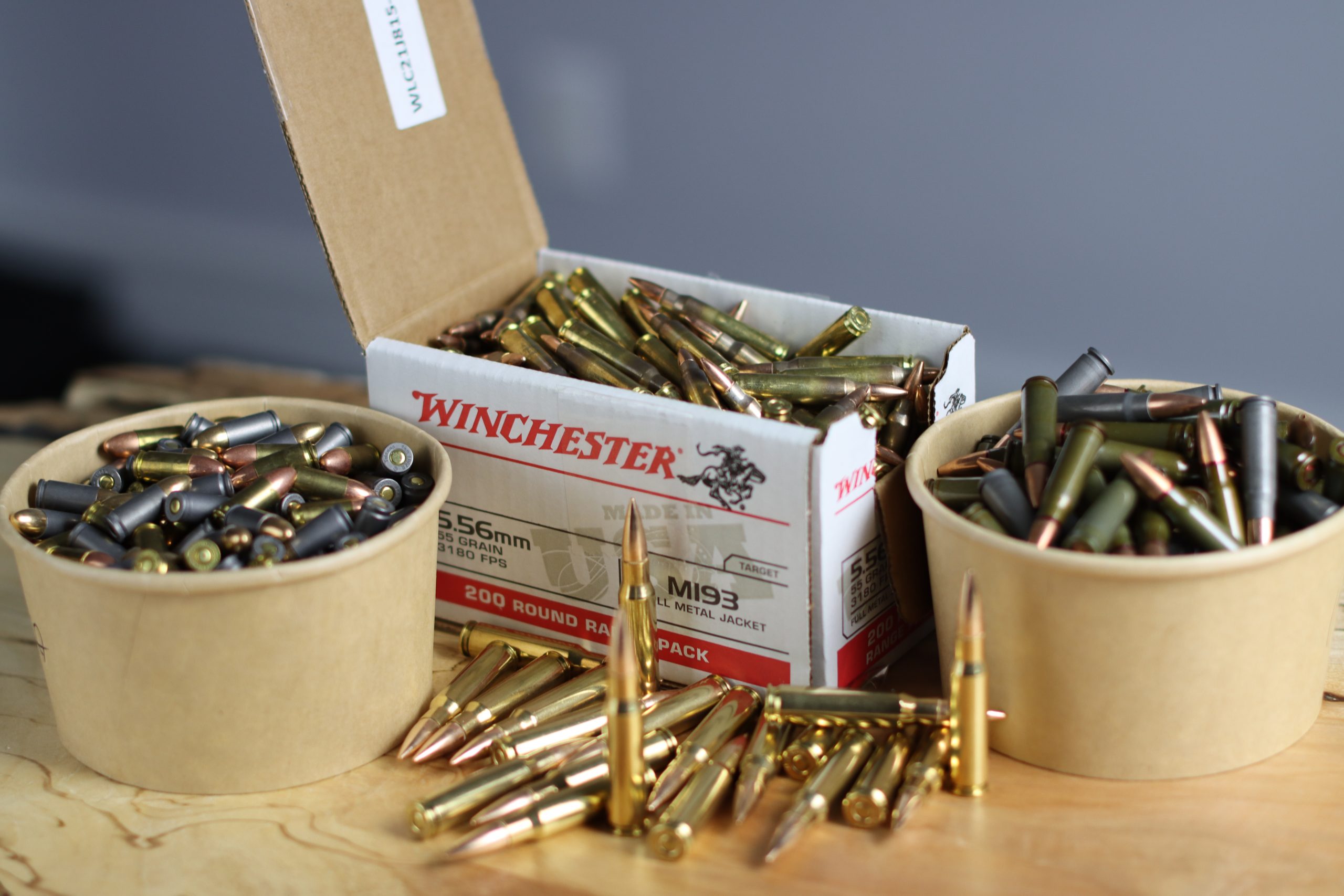 A lot of ammo in various calibers / Photo courtesy of Dan Roth
July 7, 2022 By Dan Roth

The media has a nasty little habit of hyperbolizing things related to firearms. For example, every firearm is “military-grade,” any amount of ammo is considered a “massive stockpile,” and anything more than a single firearm is regarded as an extensive collection.

If you have followed media for any time, especially local media, you will know exactly what I am talking about. Let’s take a look at this prime example from the other day.

Fox 5 Washington D.C. reported on a story about two non-citizens in Richmond, Virginia, who were alleged to have been planning a mass shooting on the 4th of July. The headline on this article reads: “Richmond police: 2 men arrested in July 4 mass shooting plot; guns, 223 rounds of ammo found in home”

This title would imply that 223 rounds of ammunition is a lot, and for someone that doesn’t know all that much about guns, it probably does seem like a lot. But, if you are familiar with firearms, you know this is a relatively small amount of ammunition.

That is a serious question. The term cache generally refers to there being a lot, but I can not imagine these two individuals had any more than six or seven magazines for these firearms.

Do I own a cache of magazines? For my Palmetto State AK, I have five magazines. Unfortunately, I am not that cool. I would never think to refer to this as a cache.

The ammo in this story is what gets me though, 223 rounds.

When this article highlights the 223 rounds of ammunition, I can’t help but laugh. What you are looking at above is 233 rounds of ammunition. Also, note that I am being generous here. All of the above rounds are rifle caliber; there was a handgun in the story, so in reality, there was probably less than what you see in the photo.

Another story out of New York, titled: “Self-Described Proud Boy in Queens Arrested for Allegedly Stockpiling Ammo and Weapons,” describes a man with a stockpile of 1,000 rifle rounds, two dozen shotgun shells, and roughly 75 knives.

The man was arrested in connection with the January 6th Capitol riot and is a felon, so he shouldn’t have had any ammo. Make assumptions about this individual on your own time, but really? Did they need to throw “two dozen shotgun rounds” into the story?

That is a negligible amount. Two dozen shells aren’t even an hour of skeet shooting. Moreover, the knives mentioned in the story were described as “military-grade,” just as another kicker.

Imagine 5 of these boxes, and you get the idea of what 1,000 rounds look like. Truly an impressive stockpile…

Misinformation about ammunition is all the rage in the media. Unfortunately, as a result of years of stories like this, many in America and the world do not understand what a lot of ammo actually is.

When bringing new people to the range and telling them when all is said in done that they went through 200 rounds results in some shock and awe. Most folks find numbers difficult to grasp, and the media’s constant downpour of misinformation regarding ammunition is the main point of blame for this.

One user on the web forum Quora asked other users, “How much ammo is a citizen allowed to stockpile in the U.S.?”

This question will come off as totally outlandish for anyone who knows anything about firearms, ammunition, or U.S. law. But this is a sensible question for those unfamiliar with those things and who rely on the mainstream media for information.

One user, Jon Kelley, left what is probably the best reply possible to a question like this.

You misunderstand. Citizens in the United States are not “allowed” to stockpile even one round of ammunition. Citizens in the United States are free to stockpile as much ammunition as they damned well please. If you’re happy with a brick of .22LR (500 rounds) and a few boxes of 9×19 for your sidearm – groovy. If you want to go whole hawg and spend a few years reloading at high volume and amass a 20 million round stockpile? Sure – go ahead.

It came off as a little rude and condescending in my view, but that’s the nature of the beast.

If our fellow Americans were better informed about firearms, ammunition, and firearm policy, we wouldn’t even have ridiculous questions like this being asked.

The much-maligned AR-15 is another item on the list of things that are misunderstood. The rifle is regularly given the designation “military” by the media and supporters of gun control, but this is a false designation. The scary rifle, typically made with black polymer, is not the firearm of choice because it is an efficient killing machine. Instead, it’s a sporting rifle with a million and one different applications, they are popular because of their modularity, and the 5.56 caliber they typically shoot is readily available.

The President of the United States said that a 9mm round “blows the lung out of the body” in his speech about gun control. Now, leave up to ol’ Joe to tell a fat one, but this is just plain ridiculous. And the worst part is that some people will have heard that and will think that this statement is factual.

Here you can see a bowl with 247 lung removers. With this, according to the President, you could remove the lungs of 123.5 people. Complete and utter nonsense.

Defeating the rampant misinformation about firearms should be priority number one for gun owners across America. The people who believe this utter nonsense are also people who vote. The misinformed are far worse than the willfully uninformed.

It’s the little things that make the difference. Small stories about local crime where reporters and news anchors hyperbolize the facts have a massive impact on people’s perception of gun owners. The guy down the streets with 2000 rounds of 9mm isn’t some dangerous lunatic. He is someone who goes to the range. But unfortunately, people are inclined to think that this guy is a danger to society because of small amounts of exaggeration in everyday reporting.