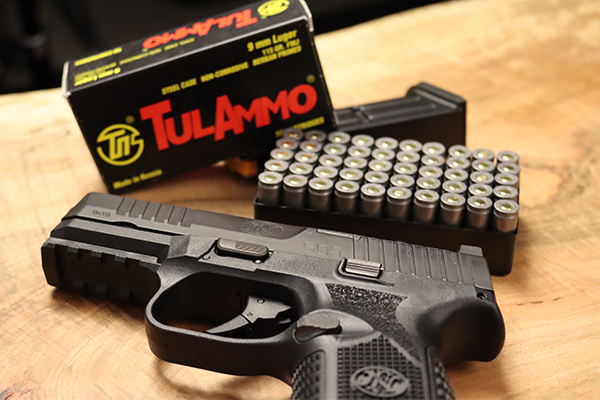 The House Oversight Committee is ramping up its investigation into firearm manufacturers and will now be requesting that the CEOs of several major firearm companies come before the committee to testify.

The CEOs of three major firearm companies all received letters from Representative Carolyn B. Maloney (D-NY), the committee’s chairwoman, asking them to come and testify before the committee. The CEOs that have been asked to go before the committee are; Mark Smith (Smith & Wesson), Marty Daniel (Daniel Defense), and Christopher Killoy (Strum, Ruger & Co.).

The House Oversight Committee launched its investigation into American firearm manufacturers in the wake of several mass shootings, those CEOs that have been called to testify before the committee had their rifles used in these atrocities, or they produce some variant of the AR-15 rifle.

Rep. Maloney has also requested information regarding the gross revenue and profit from AR-15 sales from 5 separate companies. In addition, she has also asked that these companies hand over reports containing annual spending on advertising and marketing for these rifles, as well as reports on lobbying efforts from these companies.

Rep. Maloney has already received this information from some of the companies, which is being cited as the reason for asking the CEOs to appear before Congress.

“The information you provided has heightened the Committee’s concern that your company is continuing to profit from the sale and marketing of weapons of war to civilians despite the harm these weapons cause, is failing to track instances or patterns where your products are used in crimes, and is failing to take other reasonable precautions to limit injuries and deaths caused by your firearms,” Rep. Maloney wrote in her letter to Christopher Killoy, the CEO of Strum, Ruger & Co.

In a letter to Mark Smith, CEO of Smith & Wesson, Rep. Maloney wrote that his company had provided part of the “information and documents responsive to our inquiry, but you have refused to produce information specifically regarding semiautomatic rifles based on the AR platform, despite admitting that you keep such records.”

The first hearing held by the House Oversight Committee featured testimony from survivors of mass shootings caused by “assault rifles.”

“I am deeply troubled that gun manufacturers continue to profit from the sale of weapons of war, including AR-15-style assault rifles that were used by a white supremacist to murder ten people in Buffalo, New York, and in the massacre of 19 children and two teachers in Uvalde, Texas,” said Rep. Maloney in a statement. “Just this Monday, as Americans celebrated our nation’s Independence Day, a shooter used an AR-15-style rifle to kill at least seven people and wound dozens of others during a Fourth of July parade in Highland Park, Illinois. Products sold by your company have been used for decades to carry out homicides and even mass murders, yet your company has continued to market assault weapons to civilians.”

This investigation from the House Oversight Committee has come in the wake of several mass shootings and the massive effort from Democrats to pass gun control legislation.