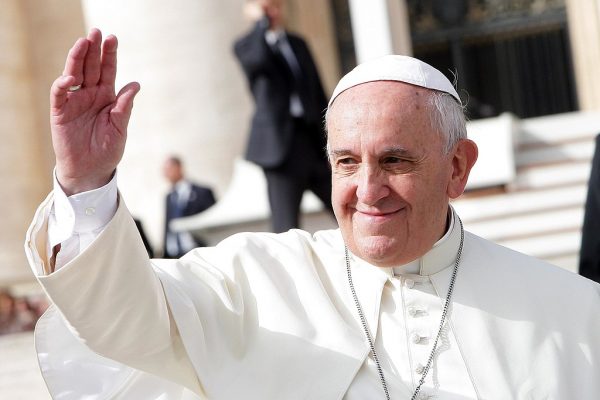 In the wake of the massive Supreme Court case that removed federal protections on abortion, the Vatican came out in a statement to address the issue of gun ownership. Yes, you read that right.

Following the Supreme Court’s decision to overturn Roe v. Wade, the Vatican hailed the Justices for their efforts in stopping the practice of abortion and immediately started talking about the plague that is the American gun owner.

“Being for life always means defending it against the threat of firearms, which unfortunately have become a leading cause of death of children and adolescents in the U.S.,” wrote the Vatican’s editorial director, Andrea Tornielli.

The Vatican would also suggest that being pro-life means concerning oneself with things like poverty and rising maternity mortality rates.

Essentially the Vatican wants you, if you are pro-life, to oppose the 2nd Amendment. From the perspective of the Vatican, one might say that it is hypocritical to support someone’s right to own a firearm and keep the lives of the unborn. That is, of course, the implication of the Vatican’s comments.

Of course, not everyone who is pro-life is Catholic, and not every gun owner is concerned with what the Catholic church has to say.

The Vatican’s messaging here is off-putting for gun owners; ultimately, the Vatican makes no effort to distinguish law-abiding citizens from degenerate criminals. As a result, you can take the Vatican’s comments to mean that simply owning a gun is wrong.

There are an awful lot of Americans who would be inclined to disagree with this messaging from the Vatican. The CDC found almost 2.5 million uses of firearms for self-defense over a 12-month span. That is, of course, the high-end of the spectrum, the actual number is probably closer to 1,750,00, and the lowest estimated are over 100,000. The point here is that some people might disagree with the Vatican’s position on firearm ownership on the same grounds the Vatican uses to support its position.

Over at Bearing Arms, Tom Knighton points out that the Vatican has predicated its position on the idea that criminals are, more often than not, obtaining firearms through lawful means.

The timing of these comments would also imply that the Vatican takes issue with the recent Supreme Court ruling in New York State Rifle & Pistol Association v. Bruen. This would be non-sensical given that all that court case impacted was carry rights, not one’s ability to obtain a firearm. The recent Supreme Court ruling will not affect anyone’s ability to buy a gun. The only impact this case will have is in allowing those who are already legally eligible to obtain a firearm to conceal carry said firearm.