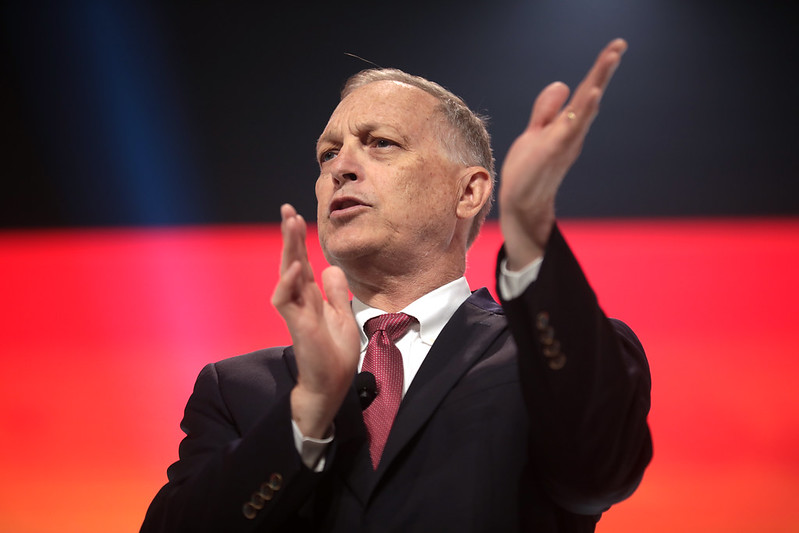 Arizona Representative Andy Biggs came out in an interview with Breitbart News to say that the current push for Gun Control in government will not end any time soon and that we should expect to see ammo and ammunition manufacturers come under fire next.

“I expect some additional gun control legislation to come out of the House. I expect there will be an attempt to do an ‘assault weapons’ ban, I think they’re going to continue to try to eliminate liability protections on gun manufacturers, and I think they’re also going to go after ammunition and ammunition manufacturers,” Rep. Biggs told Breitbart.

In his interview, Rep. Biggs suggested to Breitbart that Republicans were going to fold on most of the gun control measures put forward. “When gun control reared its head again, after Uvalde, I expected 20 members of Senate Republicans to cave and give things like red flag laws and whatever else that the House pushing,” He explained.

In the interview, Rep. Biggs noted that this caving to Democrat demands was not going to meet with praise from gun owners. Rep. Biggs pointed out that Senator John Cornyn (R-TX) was already chastised for his effort to pass this bipartisan gun control bill. In reference to Sen. John Cornyn getting booed at a Texas GOP Convention, Rep. Biggs said, “That response indicates that gun owners are not real pleased with the Republicans that are undermining the Second Amendment.”

As part of his interview with Breitbart, Rep. Biggs highlighted the launch of a new 2A watchdog group, the Arizona Second Amendment Coalition (ASAC). This organization is a group of Arizonans that fight for the Second Amendment. ASAC has likely formed due to organizations like the NRA failing to do anything meaningful regarding protecting the 2nd Amendment.

Concerning the ASAC group, Rep. Biggs said, “We’re trying to make it a broad-based coalition where we talk about challenges to the exercise of Second Amendment rights. Whether that is an ATF challenge, something the Biden administration is doing, or what policies–local, state, and federal–that may either positively or negatively impact the Second Amendment.”

Well Rep. Biggs, you can let the Quislings in the GOP know they just lost this November. I’ll never vote Democrat, but I’ll look for someone outside of both parties before I vote GOP again.
Screw me once, shame on you. Screw me twice, shame on me.

I vote Libertarian from now on… wasted vote? Maybe… but I’ll be damned if I’m going to vote for ANY politician that blindly follows the left wing anti-Second Amendment crowd like ass-whipped sheep EVER AGAIN!!!

Thinking your way after this BS

Obiden has to collect / stop guns as much as possible so his Chinese buddies can Nuke DC and invade the rest of the country. They stated years ago they wanted America for a farm colony. China claimed they were going to defeat us and invade so Americans can be slave labor. How are you going to enforce this BS? No one I know will even consider turning in anything. It’s sad mass shooting happen, but nothing they are doing is going to stop it. Taking guns are going to make it worse as the criminals will be the only ones with guns and the police will free to use any force they want. I feel it’s about to hit the fan from all directions. If they think January 06 was so bad, just wait until you start trying to collect guns. You haven’t seen anything yet.

Lotta “republicans” going to be looking for jobs shortly.