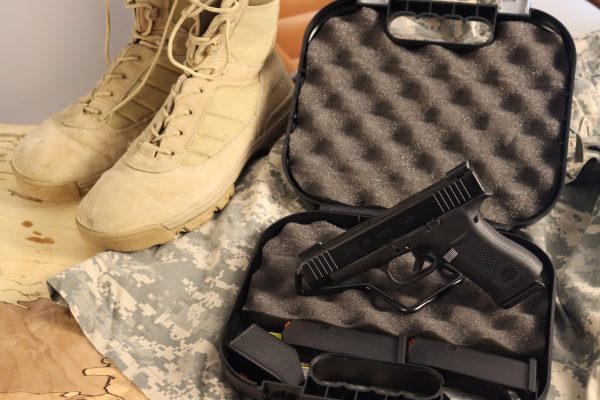 Canada’s Prime Minister has recently come out against the very idea of using firearms for self-defense. While appearing on a podcast to discuss his latest set of firearm reforms Trudeau declared that no one in Canada has a right to defend themselves, their families, or their property with a firearm.

“You can’t use a gun for self-protection in Canada. It’s not a right that you have,” says Trudeau.

Criminals could potentially harm you and your family with ILLEGAL guns, but YOU, law-abiding citizen, do not have the right to defend yourself with a LEGAL gun. pic.twitter.com/Lt4oS24TiU

The prime minister has recently pushed for all manner of gun reforms including a total freeze on the sale, transferring, and purchase of handguns in the country.

Canada is no stranger to gun control and its gun laws are more comparable to those in Europe than those in even the strictest states.

Trudeau made these comments on the Pod Save America Podcast while discussing the latest round of gun reform. These comments are not meant to be banter, these are his real thoughts on the matter.

Similar proposals to the ones made in Canada have been suggested in the United States in the past and it should be noted that because Canada is planning to pass these laws(and will likely do so) the gun grabbers in America are going to make similar efforts and there will be Republicans that fold on the issue.

No amount of gun control is enough for these people. Justin Trudeau’s belief that you do not have a right to self-preservation is not exclusive to him. Many in America share those same beliefs and will push for laws that represented those beliefs. Be prepared, there is no end to gun control in sight.

And there, in a nutshell, is the difference between the Commonwealth countries and the US. They are denied a God given Right.

Hey Canadians – buy liability insurance and defend your family in spite of your DICKtatorial clown. Remember, it is better to be judged by a group of your peers than to be carried by six of your friends. It is very important that you vote this moron and other like minded political hacks out of office as soon you possibly can.

[…] of what religion you follow or what your ethnicity is. Canadian Prime Minister Justin Trudeau made that pretty apparent while introducing a wide-sweeping ban on handguns the other […]