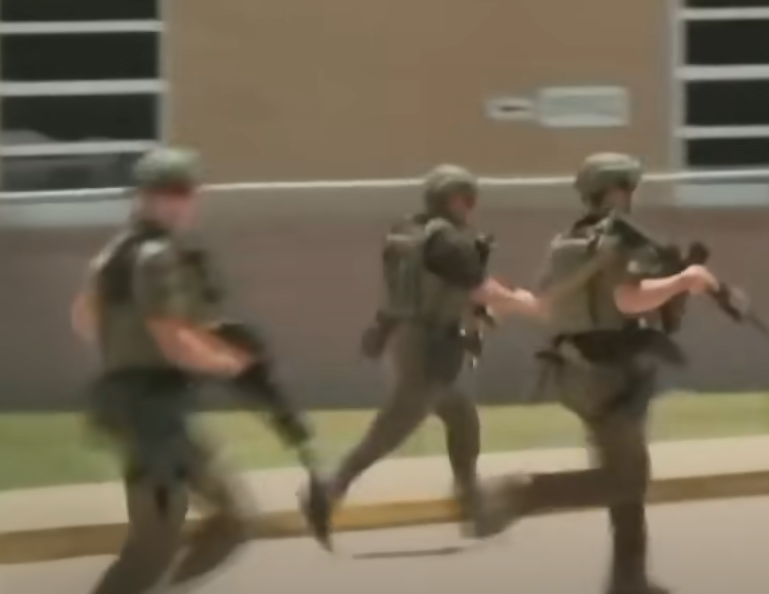 Screenshot from WFAA
May 30, 2022 By Jack Shepherd

The Biden Department of Justice will be launching a formal investigation into the Uvalde police department’s response to a school shooting.

On May 24th an individual walked into a school in Uvalde, Texas, and killed 21 people including 19 children. The shooter made numerous threats online leading up to the shooting and the FBI was alerted to his plans to shoot up a local elementary school in the hours prior to the massacre.

Media reports about the police response to the shooting have changed since the event occurred and the story continues to evolve.

It is clear at this point that the police did little to nothing to stop the shooting as it went on. After the gunman initially entered the building the police followed him in but soon retreated because the on-scene commander had transitioned the incident from an Active Shooter situation to a Barricaded Subject situation.

Police waited outside and there are reports that they had detained parents who wanted to enter the building. While outside several people were killed inside the building and it was not until the Border Patrol arrived that something was done.

Many questions are being raised about the response from local authorities and it is unclear how long the situation would have continued had the Border Patrol not arrived.

WFAA News ran a segment breaking down what was thought to be the police response that you can see here.

I hope we just get the facts…..and thank you Border Patrol.

Whether the Biden DOJ does a thorough and transparent investigation is in doubt, as that body has demonstrated its partisanship time and time again. I’ve no doubts that their final report will be weaponized to aid the Democrat Party and an Incompetent Executive.

An unarmed mother of two of the elementary students entered the building during the active shooting incident and guided her two children to safety while the big brave heavily armed police waited outside like impotent morons. The mother had balls, the police not so much. It is fortunate that one of the CBP officers had a wife inside the school which is what motivated him to take action and brought this tragic incident to a swift end upon his arrival. The police and US Marshalls we’re still picking their noses. There should be an investigation by Texas to find out if law enforcement was ordered to stand down for some incomprehensible reason.

The DOJ investigating??? Must be after white Supremisist they can’t find anywhere else. They still haven’t answered any questions on that issue, You would think they could since they made it the worst thing in the history of mankind in the US. No names, No leaders, where they are, what they have done. Not a damn thing. Not even anything about and investigation on the phony subject!