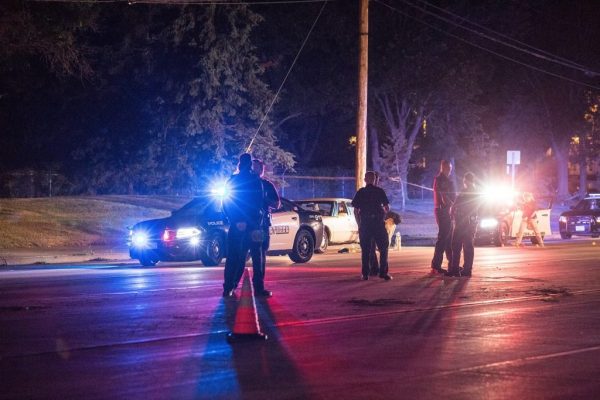 A home invader thought he had figured out the perfect entry method until one homeowner turned out to have not only a keen eye but a firearm.

Authorities are saying that a Philadelphia man was returning to his home when he was approached by two men, one of these men was brandishing a firearm and had a police badge around his neck. This man identified himself as a police officer, the issue is that he wasn’t and the badge was fake.

The two men forced the Philadelphia man inside his home and demanded money. These two perpetrators zip tied the victims arms and legs and told him that if he made any sudden moves they would kill him.

If our victim had not figured it out already then he certainly knew by now that these were not police officers.

The victim managed to free his hands from the zip ties and retrieve a pistol from his pocket. The homeowner opened fire on the two men and struck one several times.

When the dust had settled the fake police officer was heavily wounded and the other had fled the scene.

The fake police officer was taken to the local hospital after authorities arrived, where he was pronounced dead. The real police are still looking for the other suspect at this time.

Authorities announced that no charges will be filed at this time against the homeowner as he had a license to carry the firearm he used to defend himself.

Even if he didn’t have a license to carry, his actions were still legitimate because he was defending himself and his home therefore the gun being in the house was legal

“Authorities announced that no charges will be filed at this time against the homeowner as he had a license to carry the firearm he used to defend himself.”

What an ASSanine comment!! Are the “AUTHORITIES” saying that you need to have a “license to carry” a firearm IN YOUR OWN D*MN HOUSE?!?!?!?! That was an ARMED INVASION of this man’s home, he had EVERY right to defend his life and home from these CRIMINALS!!

Obviously these “AUTHORITIES” are in the wrong line of work if they can’t understand the BASICS of self defense!!

“Authorities announced that no charges will be filed at this time against the homeowner as he had a license to carry the firearm he used to defend himself”.

I would like to point out the obvious. The home owner was defending himself IN HIS OWN HOME. He does not need any kind of gun license to defend himself against intruders in his own home.

I wasted time reading a MONTH OLD article yet again!

I guess I need to check the comment section before reading articles on this site so I don’t waste time rereading an OLD article!