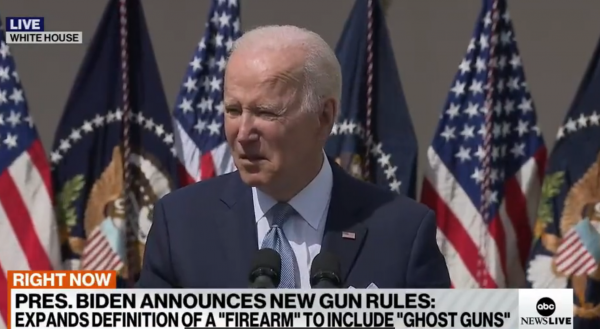 Biden is now officially calling for a ban on “Assault Weapons” and “High-Capacity Magazines.”

While giving remarks about the new gun control proposals the White House has put forward, Biden told the press that he wants to see a ban on both “Assault Weapons” and “High-Capacity Magazines.”

In these remarks Biden also clarified  that the administration is looking to secure universal background checks.

These comments were made after the White House announced this morning a slew of new crackdowns on split receiver firearms(AR-15s), Ghost Guns, and a firearm dealers.