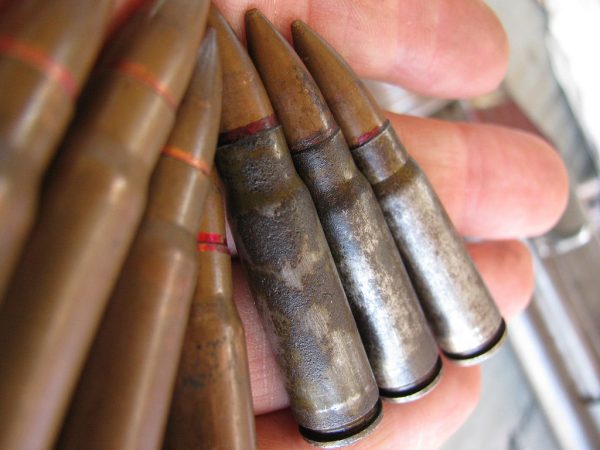 The conflict in Ukraine should serve as a powerful reminder to all nations in the world that an armed populace is an effective deterrent to invasion and an effective tool against any occupation. Unfortunately, Ukraine is learning this far too late.

Understand that about 3% of the population in Ukraine can be armed with privately owned firearms. Also understand that the Ukrainian government is moving swiftly to stem bleeding and they are handing out standard military arms to civilians to use for both self and national defense. The Ukrainian Parliament also voted earlier this week to allow for open carry throughout the country. Small gun stores in the country were also selling out their entire stock in the past few days as tensions rose in the country.

This is all to say that Ukrainian civilians were willing to fight for their country but were underprepared. Ukraine was late to the party when it came to allowing civilians to defend themselves from foreign invaders.

What we are seeing in the news today is the complete annihilation of the Ukrainian military by the Russian armed forces. This of course is the obvious outcome as Russia is the bigger country and they have the bigger and better equipped military. Historically, what we will see tomorrow is an occupation of the region by Russian forces. That occupation will likely be successful as a result of ill-prepared peoples.

There is still hope for Ukraine though; not all is lost. The CIA has allegedly been training factions in the region for guerilla warfare, some groups were already fighting separatist forces in the region prior to this invasion and are well prepared to engage in this type of warfare such as the highly controversial(and Nazi-like) Azov Battalion. These small groups will likely act like the Taliban did in Afghanistan, these organizations and groups will be fighting in small skirmishes across Ukraine using similar tactics.

A well armed populace does not guarantee victory in a war nor does it serve as a prevention to an occupation, but it is cause for doubts in the minds of aggressors and it will certainly result in high casualties for those aggressors.

Had there been more guns in Ukraine, an invasion might never have occurred in the first place. During WWII Japanese Admiral Yamamoto was said to have stated “You cannot invade the mainland United States. There would be a rifle behind every blade of grass.” This quote serves as a powerful reminder of how military leaders think in times of military conquest. Had there been a rifle behind every blade of grass in Ukraine, Russia might have never thought of invading the country at all or at least not in the bold manner they did.

At least Ukraine’s leaders weren’t demonizing Gun Owners like Joe McSniffy Schitz-His-Pants and the Democrat’s do. Hopefully, they will be able to form a Resistance to their occupation and with the right aid and support for success.

Today there will be more Collaborators then back in the day due to the US School system..

What do all countries that have Tyrant’s for leaders and oppressed people have in common.? They took the peoples guns away!!