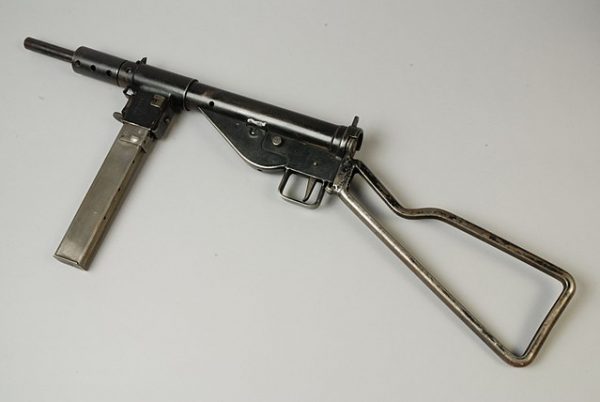 Photo from Museum Rotterdam in the Netherlands via Wikimedia Commons
February 8, 2022 By Jack Shepherd

God. I’ve seen what you have done for other people and can only ask for the same.

A British man was using his magnet fishing equipment in a canal in Weedon Bec, Northamptonshire when he managed to snag something a lot stranger than the watches and tools magnet fishermen typically find. To the man’s surprise he pulled a magazine out of the water, and then he pulled out a Sten MKII followed by several more magazines and more firearms.

As it would turn out, the canal the British man was magnet fishing in was located next to a former Royal Ordnance Depot site.

The firearms were in surprisingly good condition for being in a canal for so long, they might even be able to fire if taken to a proper gun smith. These firearms ended up being sent to a local military museum and one day they may end up as part of the display.

The Sten MKII was instrumental in WWII and was a cheap alternative to other machine guns at the time. The Sten MKII was extremely easy to manufacture as a result of its simplistic design and towards the end of the war when countries were in need of cheaper arms to keep the fight going they opted for this machine gun. The Sten MKII has an iconic magazine that loads from the side as opposed to the bottom like a typical firearm.

As for the man who found these Sten MKIIs, Nigel Lamford has found several other impressive finds while magnet fishing around England. The man had previously found an artillery shell which caused quite the stir. Half of Reading was shut down after his discovery as authorities moved in to ensure the shell would not cause any damage. On another occasion the man found an 18th Century flintlock musket.

In a statement to local media Lamford said “I’ve recovered about 61 guns now in total. You don’t get many very often but the place we were dredging was the UK’s biggest ordinance depo for 150 years, so it goes right back to Napoleonic times.” Lamford runs a magnet fishing YouTube Channel where he documents his finds, you can check out some of his adventures here.