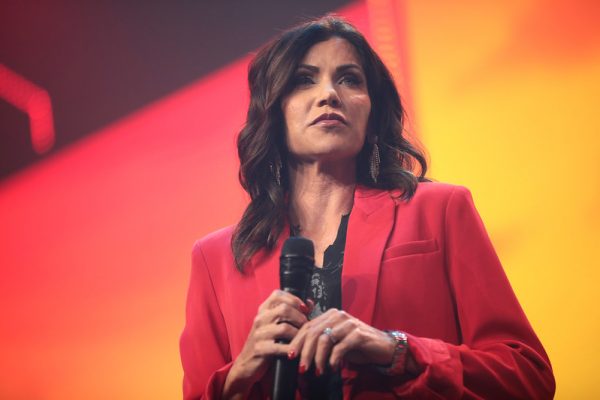 South Dakota Governor Kristi Noem has introduced a pretty important proposal for gun owners in the state and it is something that the country at large should debate and discuss.

Governor Noem promised in her State of the State Address that she intends to eliminate all fees for concealed carry permits and have the state of South Dakota pay the cost of the federal background checks that are required to buy a firearm. Governor Noem then backed this up with a tweet about the proposal that added the line “In my proposal it won’t cost you a penny to exercise your 2nd Amendment rights in South Dakota.”

Yesterday, in my State of the State Address, I proposed the elimination of all fees for concealed carry permits. SD will also pay the cost for the federal background check. In my proposal it won’t cost you a penny to exercise your 2nd Amendment rights in South Dakota. #2A pic.twitter.com/oVf5o5FJ4o

There are two pieces to this proposal and I think it would be best to consider them as two entirely separate proposals because one I like a lot and the other I am no fan of.

One part of the proposal is taking the financial burden of a background check off the consumer and making it the state’s problem.

The other part of the proposal is eliminating the fees associated with obtaining a concealed carry permit.

At first glance, this seems like a really good idea that the 2A crowd should get behind, but this proposal flies in the face of Constitutional Carry and may prevent it from getting passed in the state if this goes through.

While not having to pay fees when you apply for a concealed carry permit is nice, not having to get a permit at all is far more valuable to Americans who want to express their 2nd Amendment rights. This proposal, while nice, is not going to solve the permit issue. This proposal, if enacted, would give legislators in the state an excuse to not push for constitutional carry.

As for the other part of the proposal, moving the financial burden of background checks from the consumer to the state is a pretty solid idea that should be pushed through ASAP. Background checks are required by federal law and guns are already expensive as it is, if South Dakota wants to save the consumer a little bit of cash and has the money in the budget go for it. The fees associated with background checks are not all that expensive so this part of the proposal, while nice, isn’t really all that meaningful.

These proposals from South Dakota Governor Kristi Noem are a political tool, while they do help out gun owners in the state there are better alternatives and the impact with this proposal will come in the form of more support for Noem and other Republicans in the state for this next upcoming election.

This is a dumb stunt. So all So.Dakota tax payers will be paying for the permits. How does this move the needle for public support? IT DOESN’T”T! We really DON’T want free permits. Only serious, knowledgeable, responsible gun owners should seek concealed carry permits and pay the reasonable processing fees. Perhaps she should have limited the costs to <$150.
We don’t want EVERYONE, particularly in high density population areas (cities/suburbs) carrying guns. It’s not something the average person should be doing. We have enough idiots driving cars.

Wrong! Cities are where guns are needed! Secondly you my friend you are paying a lot more to support Biden’s new friends from cradle to grave. 2.5 million of them alone in 2021 and a lot more that he gives away to foreign country’s to BUY their friendship? There s plenty more of your tax money being siphoned off in the government agencies leaders. Sorry..

There should be zero cost to an absolutely irrefutable RIGHT. Get over it. If you create an obstacle to this RIGHT than eat the cost. PERIOD!!!!

This is one of those questions I despise, because I believe fully in “Shall Not Be Infringed.” To me, that means absolutely and unequivocally no impediment to ownership. Taxes, Fees, Licenses, Background Checks or any other hurdle to jump is infringement. I even include Felons on that list, because if they are that much of a danger, WTF are they being released?
Do I believe a Gun Owner needs education? Without a doubt yes, and responsible individuals seek that out on their own in my experience. I stopped renewing my Instructor certs a few years back, because I always felt guilty taking money from people teaching a subject I love for one. For two, there’s a glut on instructors in my area, and competition has turned vicious, and I won’t engage in that crap, plus health issues have forced me to limit my activities.

There will be those that disagree with me, and that’s fine. You’re entitled to your opinion. It does however, strike me as a tad hypocritical, to support the 2nd, and then support infringements that have already been in place since 1934. Infringement is infringement Ladies and Gentlemen, period.

This is a dumb idea. Not every Tom, Dick, or Harry should be tooting a gun around. If you don’t have the means to pay the freight for a concealed carry permit, take and succesfully complete the training required, you have greater priorities to concern yourself with.
Even a cheap pistol, cost twice as much as a permit. Why should non-carrying public, subsidize concealed carry? THEY SHOULD NOT.
If you want to go this route, just become a Constitutional carry state, no permit needed.

Requiring the payment of a fee to practice a Constitutionally Protected Right, is INFRINGEMENT. No other way to look at it.

Precisely! It is a de facto tax on a RIGHT. Do a background check fine! Government should eat the cost.