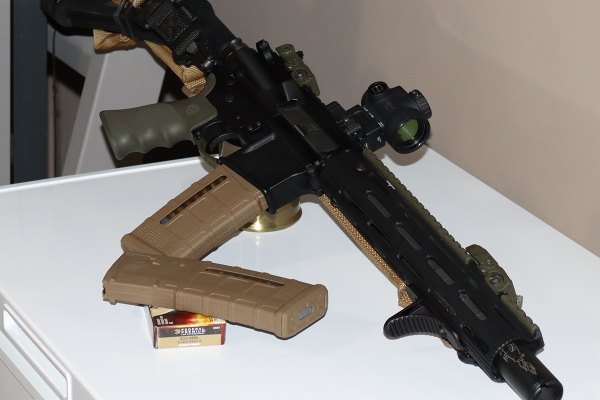 Today there is more good news for Kyle Rittenhouse!

During the Rittenhouse trial one Dominick Black testified that he had purchased a rifle for Kyle Rittenhouse, this was the same rifle that Kyle used to defend his own life during the Kenosha riot. Black has been subjected to his own trial for buying the rifle for Rittenhouse and things were not going well until a recent break in the trial that has resulted in the filing of a very favorable plea deal.

MILWAUKEE – The man who bought Kyle Rittenhouse an assault-style rifle when he was only 17 has agreed to plead no contest to contributing to the delinquency of a minor, a non-criminal citation, and avoid convictions on the two felonies he’d been facing.

The Journal Sentinel reports Dominick Black, 20, was charged in November 2020 with two counts of delivering a dangerous weapon to a minor, resulting in death. The two counts related to Joseph Rosenbaum and Anthony Huber, the protesters Rittenhouse fatally shot the night of Aug. 25, 2020, in Kenosha.

Black was 18 when he purchased the rifle for Rittenhouse at a hardware store in Rusk County in May of that year. At 17, Rittenhouse was too young to legally purchase the weapon.

This is great news. The plea deal is very favorable to Black as he will not have to take a felony and will not serve any jail time. Considering how the charges dropped from potential felony to a minor fine, it is not unreasonable to conclude that he could beat the charges all together. It is the smart choice though to take this plea deal as trials can be extremely expensive and the fine is likely less than what his legal fees would be.