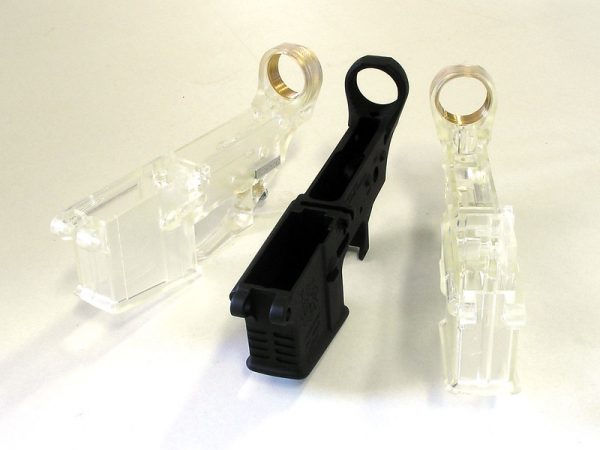 Several Denver activists are fuming over a portion of the city council’s ban on “Ghost Guns” that targets protesters.

The portion of the law that has progressives fuming is found on page six of the law and it reads:

“It shall be unlawful for any person, except for a law enforcement officer or a person acting with valid authorization from the city, to possess on their person… Any item, weapon, or noxious substance with the intent to use the weapon, item, or 22 noxious substance for the purpose of defeating crowd dispersal measures.”

Progressives fear that protesters will be unable to defend themselves at these events from police officers using pepper spray and tear gas. While this progressive plight is not the most sympathetic cause for gun owners it should be concerning how this legislation goes well beyond the as advertised “Ghost Gun” ban that progressives presumably supported. Generally it is gun control that is tucked away under other measures, but in this case anti-protest legislation was tucked under a gun control measure.

As the Denver Channel reported:

“The pieces of the legislation that weren’t talked about were the pieces about reorganizing the code, the weapons code…basically criminalizing youth a little bit more.” CdeBaca said. “I think this emerged from the protests. People had umbrellas or they had their airsoft guns or they had other things to protect themselves from the pepper spray that was being deployed by the police officers, and now that bill made all of that a crime.”

Bronson says the ordinance was included as a way to update the code.

“When we came to the conclusion we wanted to close the ghost gun loophole, we took a really fresh look at our dangerous weapons ordinance,” Bronson said. “There were some outdated language. There were some things that we wanted to reorganize to make it, first of all, a little more readable, but also more consistent with current law.”

I guess things didn’t go quite as planned. No worries. Antifa and their cohorts are not generally known for their law abiding ways. It’s just another law that they won’t get prosecuted for breaking. Carry on, nothing to see here.

So, the low-level Constitution-burners may be finally getting the sort of government they’ve wanted for so long. If they were capable of thought, they’d realize that the political hacks they support aren’t their friends, either.

I’ll bet DMSO mixed with sodium cyanide isn’t on the list of 22. Put that mix into a dish washing detergent squeeze bottle but wear rubber gloves and don’t get any on your skin. DMSO is a super solvent available at health food and naturopathic stores. When squirted on your target’s skin the DMSO penetrates the skin in a matter of seconds and it carries the sodium cyanide with it into the blood stream. Sodium cyanide used to be what communist spies carried as suicide pills.