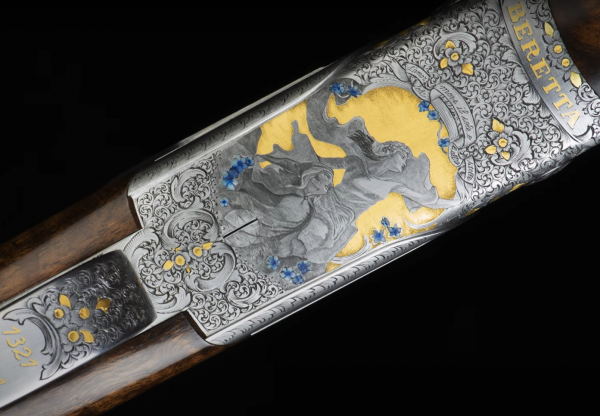 Beretta has done some incredibly impressive work recently with the release of a one-of-a-kind shotgun that was made to commemorate the 700th anniversary of the passing of Dante, the famous Italian poet responsible for such works as Inferno, Paradise, and Divine Comedy.

This custom shotgun is a Beretta SL3 that has been given some gorgeous engravings that reportedly took over 800 hours. The engravings are based on several iconic verses from several of Dante’s literary works.

The custom engravings on the shotgun took a team of engravers at Beretta who used several different techniques to create this masterpiece.

It should be noted that this is not the first time artisans at Beretta have created a work such as this. The group has previously made custom shotguns to commemorate other iconic Italian figures.

Beautiful work. Way out of this Auld Fart’s means.