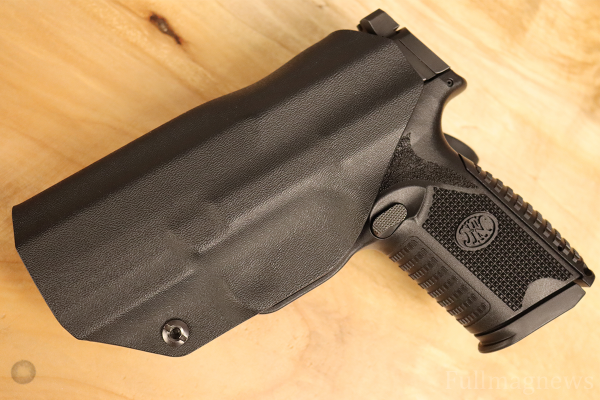 The Ohio State Senate has passed permitless carry(SB 215) in an easy 23-8 vote this week. This marks another minor victory on the road to nationwide Constitutional Carry.

The Ohio bill will allow all law-abiding adults who are over the age of 21 and can legally possess a handgun to carry a handgun without having to obtain a permit or other form of government permission.

From the NRA Official Statement on the legislation:

Today, the Ohio Senate Overwhelmingly passed Constitutional Carry legislation, Senate Bill 215, by a 23 to 8 vote.  The measure now heads to the house to be scheduled for further consideration.

Senate Bill 215 allows a law-abiding adult who is at least 21 years of age, and legally allowed to possess a firearm, to carry a handgun without first having to obtain government permission. This ensures that citizens have the right to self-defense without government red tape or delays. Additionally, this legislation maintains the existing concealed handgun license system, so citizens who still wish to obtain a permit may do so.

Constitutional Carry is a winning issue for 2A activists as more and more gun owner come into fruition and run into trouble getting around all the red tape in place. While this bill still has a ways to go before it becomes law in the state, this is a good sign and Ohio 2A activists are making good progress.

Thus far, 21 states have constitutional carry laws and 37 of Ohio’s 88 counties have declared themselves as 2nd Amendment sanctuaries. Nationwide, 2,041 of our total 3,136 counties and county-equivalents (65.1 %) are 2nd Amendment sanctuaries. Kudos to Ohio but like Texas, it’s coming late to the party. Texas just enacted its constitutional carry law September 1, 2021.

Did Full Mag News ever figure out why I am constantly being censored?