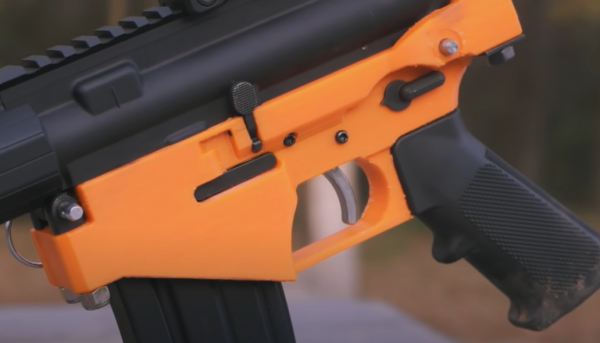 A Nevada judge has stopped a ban on 3D printed, unserialized, and home-built firearms after several parts of the legislation were struck down.

Lawmakers in Nevada pushed legislation that banned the possession and manufacture of so-called “Ghost Guns” in the state. This new law was challenged by 3D printing company Polymer80 before it took effect and now a judge has declared the law to be unconstitutionally vague as a result of the company’s challenge.

As reported in the Nevada Independent:

Provisions of a state law passed earlier this year prohibiting the possession and sale of unregistered ‘ghost guns’ were struck down by a state district court judge last week.

The ruling — in favor of Dayton-based firearms manufacturer and seller Polymer80 — declared that key portions of the law, which criminalize both owners and sellers of unfinished firearm frames or receivers, are unconstitutionally vague because they fail to establish clear standards for enforcement of the law.

“Unlike the federal regulatory process to determine whether a frame or lower receiver is considered a firearm under the Gun Control Act, Nevada has established no authority at all to determine when an ‘unfinished frame or receiver’ actually comes into existence,” Lyon County District Court Judge John Schlegelmilch wrote in his ruling. “The most any court can glean from the definition is that it is something less than a firearm and more than a block of raw material.”

This judge’s decision has saved Polymer80 as the company would be considered a highly illegal business if the law had gone into effect and the company was still 3D printing firearms and firearm components.

This decision also serves as a major blow to gun grabbers who are targeting hobbyists and professional firearm designers who 3D print firearms for one reason or another. The gun grabbers in Washington have had total control over the narrative surrounding 3D printed firearms and as a result, they have been able to push legislation that bleeds out past just the 3D printing space.  With this decision, things might finally be on the upswing for hobbyists and designers.

Is this gun only effective against ghosts?

In case you’re not spoofing the issue, “ghost gun” is a term invented to scare the daylights out of the leftist voting bloc. It worked and we’ll hear of the threat, injury and death it causes for many years. The term also applies to home-made guns crafted with steel and without serial numbers. As with much of the leftist lexicon, it’s propaganda. They’ve made up thousands of terms because they cannot justify their effort by using plain common sense language.

And when they don’t like a definition of a word they change it. Vaccine is a good example. What they are trying to force folks to take is a treatment, not a vaccine. It doesn’t prevent anything, it just makes the symptoms weaker. Buy the book “The Real Tony Fauci” by Ted Kennedy Jr. It’s shocking.

Agree with your post except Robert Kennedy, Jr., NOT Ted Kennedy, Jr. has written the book.

What county in Kansas? I’m from Harvey.

Don’t forget, the ATF is in the process of banning parts to make Ghost guns
..

Finally a judge who understands the FOUR most IGNORED words in the U. S. Constitution: “SHALL NOT BE INFRINGED”!

Get the federal/state governments, socialists, and dictatorial gun grabbers out of law abiding peoples lives!

Liberals, you don’t like the US Constitution and 2nd Amendment?, PLEASE MOVE TO AUSTRALIA! They took away the citizens freedom, only the criminals can have guns there! Hurry, your dream awaits you!

Delaware has passed similar legislation against its’ citizens rights. We need help!

I’m still trying to comprehend what is so difficult for the gun-hating Bolsheviks to understand about the meaning of “Shall Not Be Infringed”.
It seems very clear to me. But, I’m not a Bolshevik, either.

IMHO I think that we should ensure that there is a fair percentage of untraceable firearms in circulation in the U.S.A. It’s unfortunately the only way to guarantee that law abiding gun owners aren’t legislated and/or priced out of their rights! And those that aren’t allowed to have firearms should be prosecuted to the fullest extent of the law.