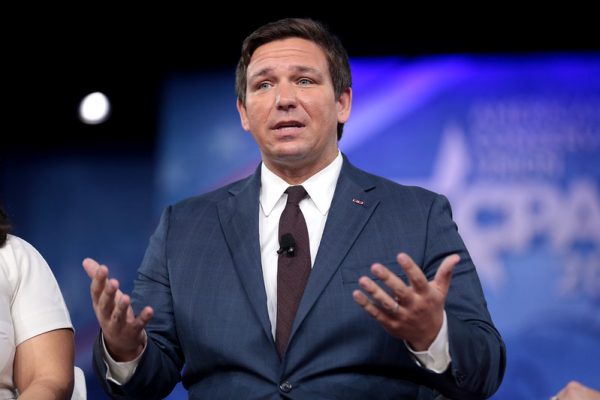 Florida is moving in on Constitutional Carry and many think that it has a real chance of making it through the legislative process and becoming law.

Florida’s Constitutional Carry legislation is moving through the state legislature and new concerns have come up as to whether or not Florida Governor Ron DeSantis will sign the legislation. These concerns were put down almost immediately though by DeSantis and the National Association of Gun Rights.

According to the National Association for Gun Rights, Florida Gov. Ron DeSantis has “pledged his support for Constitutional Carry” and would sign into law HB 103, the Constitutional Carry or open carry, measure already introduced in the Florida House of Representatives.

This is news that many Floridians are glad to hear, especially those who own guns.

The reason many feared DeSantis wouldn’t sign the legislation was recent moves by other governors looking at the legislation on their desks and DeSantis’s seemingly blank record on the 2nd Amendment. This lack of record is not the result of anything other than circumstance. As governor, DeSantis has not had many opportunities to move on gun legislation(that being said gun legislation is not all that common).

With the greenlight from DeSantis, we now await the final legislative procedures before Constitutional Carry becomes law in Florida.

Please talk to the powers to be in Maryland even though I’m on the eastern Shore we’re treated like the crime ridden city areas. Way to go and why Florida is exactly where my wife and I are planning on moving in a few years.

So…When Florida get Constitutional Carry, what happens to the many FL Concealed Carry Licenses issued to out-of-state residents? Those FL CCLs are very popular because they are recognized in 40 states.

They probably will still be good.Texas still recognizes permits if you desire to get one.

It’s too soon to know whether Texas licensees will keep them because they renew every five years. I plan to keep mine to accommodate travel and suspect most licensees will do the same. The basic cost is only $40, $35 for seniors and $25 for veterans.

I stopped traveling to California, Oregon and Washington years ago because tourists are targets for rioters, gangs and illegal aliens. I no longer travel to my birth state even though my license is valid in Colorado. Government executives there are schizophrenic in their fear of firearms owned by peaceful, lawful citizens, regardless of home state.

Florida has been close numerous times, but democrats do not play fair in the state. For instance, a woman we could name but won’t, ran under the NRA banner, as a republican. She stood for gun rights, and got assigned to a committee that would see the legislation through – and a few days before they voted, she declared that she LIED and was not going to vote for ANY pro-gun bills. She dodged ethics accusations, and smirked as she killed open carry in Florida. Later we found out that she was sleeping with a democrat on that committee, and was never a republcian, just ran as one because she felt she could never get elected as a democrat. Then, the next year, a staged school shooting shut down the bill. What will be next? The bill will be written, it will make it to committee, and they will kill it there, or state a mall shooting or a school shooting to kill it if they need to, just like always.

YAY!! good for you…we need people like this to keep our corrupt gov’t in check