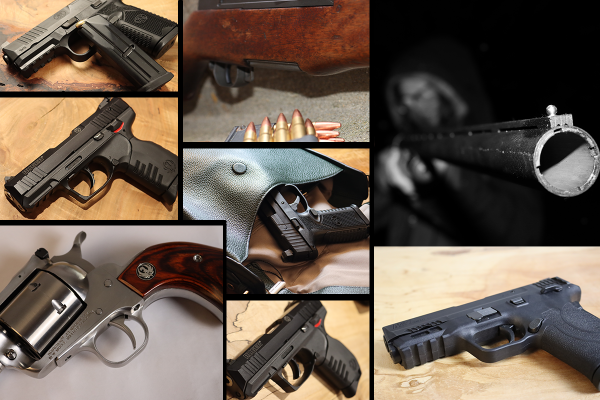 There are many things to be thankful for if you are a gun lover and member of the 2A community. Kyle Rittenhouse got acquitted, David Chipman got the can, and Ammo prices might finally start to come down.

The acquittal of Kyle Rittenhouse is something to be thankful for. This kid had everything against him,  the prosecution was willing to conceal evidence and play dirty, the media routinely lied about the facts of the case and some would argue that they tried to intimidate the jury, the President of the United States attacked Rittenhouse, and the bastards in Hollywood are gearing up to defend his attackers. The acquittal of Rittenhouse is a great moment where someone who acted in self-defense was able to prove this in court and get some justice.

We can all sleep a lot better knowing that Waco nut-job David Chipman isn’t getting power anytime soon. We are thankful that David Chipman did not make it into position at the ATF (or the AFT if you are president Biden). Chipman was a proud voice of America’s gun control lobby and a former ATF agent, and just like you would assume he knew almost nothing about firearms or firearm safety. As an ATF agent Chipman managed to lose his service weapon, maybe he should have looked into getting control of his own firearms before trying to force gun control on the American people.

In what can only be called good news, ammo prices may soon come down. America has been facing a massive ammo shortage over the past year and a half because many Americans finally decided to buy guns for the first time. Industry leaders have come forward to announce the opening of new plants and an increase in production of popular ammunition. It took a while for the industry to adapt to this new demand, but be glad that prices may soon come back down to being affordable.

There is still work to be done in America, more gun laws to fight, more gun control legislation to defeat, and so much more, but take a moment to relax this holiday and celebrate the many victories we have had. Tell us what you are thankful for in the comments below!

I’m thankful that I still live in the greatest Nation in the History of the world. Sure we got problems, but it’s just a matter of time before real Americans have enough and correct these “problems.:

I am thankfuyl to be able to teach my 2 oldest grandchildren to learn to shoot,