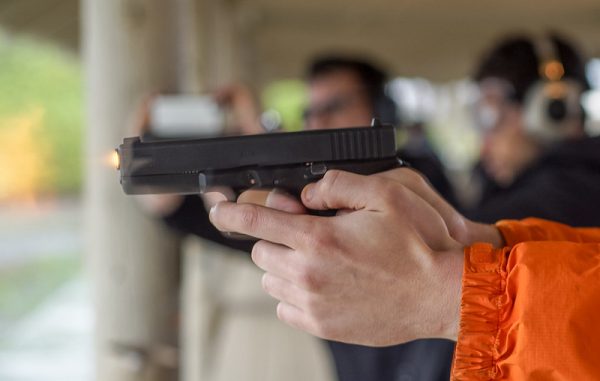 Photo by Peretz Partensky via Flickr
November 24, 2021 By Jack Shepherd

Alabama Representative Shane Stringer says that you shouldn’t have to purchase a permit to carry a handgun concealed. With this belief in mind, Rep. Stringer is putting up Constitutional Carry Legislation in the state of Alabama.

“Alabama is already an open carry state. You can walk outside your house with a gun on your side, as long as it’s open. If it’s wintertime, and you put a coat over it, you need a permit,” Rep. Stringer said in a statement.

Stringer also said that he had the votes needed to pass this legislation once he puts it forward in the next session. Many lawmakers joined his effort after the state of Alabama started creating the prohibited person database, this database will be comprised of people with certain mental illnesses and criminal records who are not eligible for owning a gun.

Not all are in favor of this new measure, Mobile County Sheriff Sam Cochran is one such person opposed to permitless carry.

Mobile County Sheriff Sam Cochran says eliminating the requirement puts the public in danger and would take away a necessary law enforcement tool. One example, Cochran says, is the arrest earlier this year of Hezekiah Belfon. Before Belfon was wanted on five counts of attempted murder for allegedly being the triggerman in last month’s Ladd-Peebles stadium shooting, the 19-year-old was charged in May for not having a pistol permit and receiving stolen property.

“Had it not been against the law for him to possess that pistol without a permit, the officers would not have had a right to seize the weapon and run a check on it to determine it was stolen,” said Cochran.

So he was arrested for a gun charge and a stolen property charge in May, and this somehow stopped him from people at Ladd-Peebles in October if I read this correctly. You might wanna tell the people he shot the good news.

Several years ago, I wrote a short rebuttal to a New York comment. The point is when I’m in my pasture, I always carry and often am on foot. I feel more comfortable with a sidearm because feral hogs have become common and country crime isn’t rare like the old days. On T-shirt days, concealed carry is difficult. On cold days, either way is easy but concealed carry hampers the purpose.

Of course both are legal on one’s own property but walking a short distance on a public road to another privately owned pasture one or the other would be illegal. On weekdays, it would be silly to expect one to strap a firearm on over a suitcoat. Or worse, strapping it over a topcoat would be absurd. The point is, gun grabbers have no rational reason for either side of this argument. Constitutional carry is the 2nd Amendment intent.