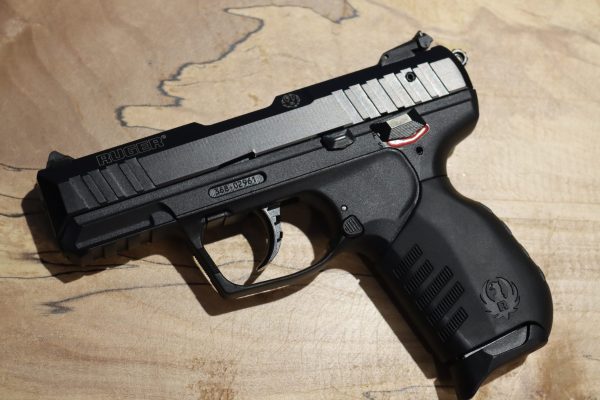 Kyle Rittenhouse’s court case is underway and we are seeing some major shifts in the narrative as the various witnesses take the stand.

For those unaware, Kyle Rittenhouse is a young man who was forced to defend his own life during the Kenosha riots in 2020. Rittenhouse shot and killed two men, and left another wounded after he was attacked at these riots. The prosecution is alleging that Kyle Rittenhouse showed up to this riot looking for trouble and had he not been there no situation like this would have arisen.

One witness, Richie McGinniss, who took the stand today testified that one of the men who was shot was screaming and threatening to kill Kyle Rittenhouse. This witness also testified that the same man had been aggressive and even lunged at Rittenhouse in an effort to get his rifle. McGinniss is a reporter for The Daily Caller and was there that night to report on the event.

It is important to note that Richie McGinniss was the prosecutor’s witness. The prosecutor attempted to overturn his own witness’ testimony by asking if McGinniss’ comments on the man’s apparent reaching for the gun was “complete guesswork.” McGinniss replied to the prosecutor saying that the man “said, `F**k you.’ And then he reached for the weapon.”

Ryan Balch, an Army infantryman who was also at the events in Kenosha with an AR-15, is another witness who gave some compelling testimony. Balch said that the man Rittenhouse had shot was “hyperaggressive and acting out a violent manner.” This witness would also testify that the man was throwing rocks and setting fires before his encounter with Kyle Rittenhouse.

The shooting in Kenosha that left two dead and one wounded was hectic and was an act of self-defense to be sure. Numerous people have been killed at riots and the same type of protesters, Antifa, who were responsible for those killing and additional maimings were at this event. It was perfectly reasonable for Kyle Rittenhouse to bring his rifle to this event for the purposes of self-defense.

We now know that Kyle Rittenhouse was threatened and chased down prior to his shooting of the men. Note that this was something that was already well-publicized at the time of the event but the witness testimony now makes that official, not just something the public got to see through multiple videos and photos.

Another man who was shot by Rittenhouse in the same short span of time as the first one was wielding a handgun. This is important to note because the defense is arguing that Rittenhouse shot these three men in an act of self-defense. Kyle Rittenhouse is the man that pulled the trigger and killed these two men and wounded a third, no one is debating otherwise. This is a case about whether or not Kyle Rittenhouse was acting in self-defense or not.

Another interesting thing that happened in the trial was the dismissal of a juror by the judge. One of the jurors in the trial had cracked a joke about the police shooting of Jacob Blake, the incident that triggered the Kenosha riots where the events being debated in this trial happened. The joke was reportedly off-color and was made in front of a court security officer. The juror, who was dismissed, declined to repeat his joke in front of the judge.

This trial has had some serious twists and turns in recent days. We will keep you posted on this trial as it continues.

The fact that the FBI sat on Video Evidence that fully exonerates the Self Defense claim really should result in a Declaration of a Mistrial and Dismissal of Charges. This evidence was kept from the Grand Jury. Prosecutorial Malfeasence is what it really is, and the DA should be charged and answer for his withholding of exculpatory evidence.

The “fbi” should be prosecuted as well as the prosecution!

It’s sort of sad that more of those insane maniacs didn’t come after Kyle and that he had shot 10 or 20 more of them. The gene pool needs to be rid of these kinds of morons. I watched the videos and it is as obvious as heck to a video “bystander” that it was self defense. Even if he had somehow said some “fighting words”, it is never a good idea to challenge someone with a rifle when all you have is a pistol or skateboard. STUPID people die all the time.

Natural selection has disappeared, so now you see what happens when the scum of the gene pool isn’t terminated.

There are those that argue that Kyle’s action were illegal because he was not of legal age to own a gun, and second, that he brought that gun across state lines. Number one, it was not his gun. It was given to him by one of the men also working to protect the property of the dealership. Number two, EVERY PERSON has the right to defend their life BY ANY MEANS NECESSARY! The numerous videos speak for themselves. He first tried offering medical aid to others at this riot. And when he was being threatened, HE RAN. In other words HE TRUED TO PREVENT THE CONFLICT but when his attackers persisted and threatened his life, HE DID WHAT HE HAD TO DO! Any juror that finds him guilty should themselves be arrested.

The 2nd amendment is not state specific but national. Just another BULLSCHIFF, bogus argument by Marxist, communist, Demoncrap tolls!!!!!

He was of legal age to possess that gun under Wisconsin law, and that’s all that matters. The statute they keep talking about is about short-barreled rifles and hunting, doesn’t even apply to Kyle. The gun was NOT an SBR nor was he hunting.

This case shows how stupid and glory hungry Prosecutors can be. It is an open and shut case of self defense and yet, the idiots charge him anyway. What morons to waste taxpayer money and court time on an obvious losing case.

This case won’t raise much of a ruckus regardless of the outcome. The vast majority, including myself, are pulling for Rittenhouse. Why? The perps were white.

Most people are pulling for him because he is innocent.

Kyle Rittenhouse should never ever, have been charged with murder in the first place. How many of those so-called “protesters” had participated in riots wherein lives were taken, threatened, property destroyed – and they never, ever will face prosecution?! In my humble opinion, the dead guy got what he deserved, period.

People are gettnig kicked off juries because of jokes now? WTF? The joke had nothing to do with the case.

I work in Georgia but I live in Kenosha for the past 22 years. I am embarrassed and disappointed that citizens rights have gone by the wayside. I am working and paying taxes to pay for this pathetic performance against Kyle. The Prosecutor should be in jail treating a citizen in the manner he is degrading this poor kid. I would have most likely done the same as Kyle if I was in his shoes and so would have the Prosecutor. I know this prosecutor will be judged harshly when he stands before God, and he should. God Bless Kyle and his defense team. I believe Kyle is a patriot.