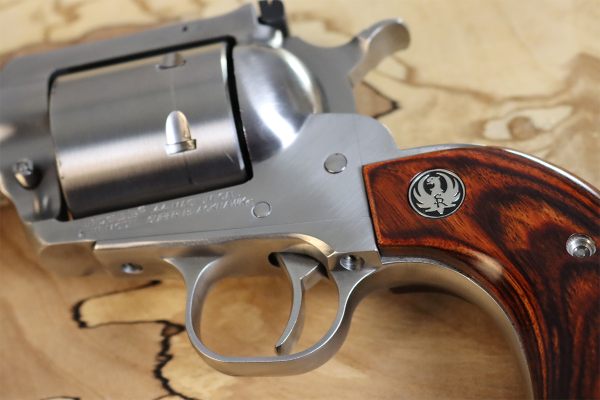 The recent tragedy that involved Alec Baldwin accidentally killing a cinematographer on the set of Rust has many wondering what exactly a “prop gun” is, the answer is a little complicated.

To read about what exactly happened on the set of Rust you can go here or here for an updated version of the story.

To be clear, the gun that Alec Baldwin was wielding when he accidentally shot and killed Halyna Hutchins was a real gun. There is no sugar coating the fact that this was a real firearm on set that was loaded with real ammunition. The gun is being referred to as a “prop gun” because that is what it is, the firearm used as a prop for the film.

Plastic guns are often used for set pieces in films. This kind of prop-gun is cheap, non-functioning, and generally seen in the background of movies and TV. A notable exception to this rule was in the film Lord of War, the film needed thousands of AK-47 rifles for a scene and it was cheaper for the studio to buy an entire lot of them and then resell them as opposed to building thousands of replica arms or having an effects team animate these digital assets.

Real guns are used in films when they are used often by characters. These should be unloaded, in fact, real ammo should not be on the set at all while filming with these. When guns need to be used for a scene they are often loaded with blanks and adapted by pro-gun smiths to fire blanks.

BB guns and green gas guns are used more often than real guns in most films. We all know what BB guns are, as for green gas guns, these are replica arms that do all the same things as normal guns except fire a round. When these firearms are used in films they need to have an effects team animate in muzzle flash and casing ejections, these guns will cycle on their own but for the sake of realism in movies and TV, these effects are added.

Scott A. Reeder, a real props professional, went on to explain in one of his videos all the details about the guns you see in TV and movies.

If you don’t know gun safety, don’t pick up a gun. This was not Baldwin’s first time and he has NO excuse.

Very first teaching in NRA Gun Safety coarse is to inspect & respect any gun as loaded ! NO doubt baldwin’s libtard dem SELFISH ways are oblivious of respect for others lives !

Except, according to Baldwin, the NRA is nothing but a bunch of murderers who need to be put in prison. Funny how ignorant arrogance has a way of rearing its ugly head at the worst possible moment.

They need to ARREST and PROSECUTE then IMPRISON baldwin, (the “anti-gun” idiot) He can’t be allowed to get away with this atrocity, an accident, maybe, but he still needs to be charged and convicted of involuntary manslaughter!!!
Let’s see what happens!!!

I agree it was an atrocity but there is no such thing as a firearm “accident” any more than there are vehicle “accidents”. There is always something that causes the event that leads to a firearm discharge. In this case, it was the negligence of several people but ultimately Baldwin is to blame because he is the person operating the gun in an unsafe manner. There are four basic rules of firearm safety that, if followed, will almost totally eliminate injury or death.

If Baldwin had followed these rules, the camera person wouldn’t be dead and the director wouldn’t have a hole in his shoulder. Reportedly Baldwin was practicing drawing the gun before filming started so he shouldn’t have had his finger on the trigger. He also failed to point the gun in a safe direction but before all of that, he failed to make sure the gun wasn’t loaded with live ammunition. If he couldn’t tell a real round from a blank, he should have had someone who DOES know the difference inspect the gun.

Stupid is as stupid does or it was on purpose !

I read that Baldwin actually took a “prop” gun target shooting with live rounds between filming… If he did, which gun did he use? Was it verified clear upon return?

The “armorer” said she was nervous about doing her job??? Did she carry live rounds and could not tell the difference?

My biggest question…. How many accidental shootings where there in the 20 years and millions of gunshots of the Gunsmoke series?

It definitely sounds like someone meant for a live round to be fired…. but why would Baldwin pull the trigger with the gun pointed at the victim? He has to be found guilty of negligent homicide at the very least and should never be allowed to act in any film or program that has any weapon of any kind on set.

I read reports that it was a single action revolver which is likely considering the movie was supposed to be a western set in the 1880s. Although the double action revolver was invented in the late 1850s, it didn’t catch on in the US until the early 20th century because of reliability issues. It’s also the type of gun most associated with westerns so chances are that is the one being used in Baldwin’s movie. I had read something similar about using the set guns for target practice but that it was the crew who walked out target shooting. If it was actually Baldwin, that makes it even worse since that would mean HE failed to clear the gun before returning it to storage. There have been thousands of western movies made along with tens of thousands more movies using firearms yet I know of only three movies where someone was killed with one, Brandon Lee who was killed by a piece of a casing that lodged in the gun barrel from a previous firing of the gun, Jon-Erik Hexum who was playing with a gun and pretended to shoot himself in the head but the concussion of the blank was strong enough to force a piece of his skull into his brain, killing him, and now Baldwin’s negligent shooting. I have only heard of ONE time where someone involved in a film was killed with a LIVE round has been when Baldwin killed the Hutchins. That means Baldwin will go down in history as the first actor to kill someone on a movie set with a REAL gun and a REAL bullet.

The media is also calling the gun a “prop” gun because it doesn’t sound as deadly as a real gun even though the gun used to kill the camera person was 100% REAL. There have been reports that the union crew who walked off the set had used the guns for target shooting before the killing even though the armorer is disputing that claim but it is the most plausible explanation for how a live round ended up in the gun intended to be used for filming. Here’s a theory; the crew takes the guns intended for filming out for some target shooting and the last person to use one of the guns forgets to empty the gun off all rounds before putting it back. The armorer then fails to make sure the gun is properly loaded with blanks or is empty. The assistant director fails to make sure the gun is loaded with blanks or is empty before declaring the gun “cold” and hands it to Baldwin. Baldwin fails to make sure the gun has all blanks or is empty before he starts playing quickdraw master, pulls the gun, points it in the direction of the camera where the camera person and the director are standing then pulls the trigger. Baldwin violated all basic firearm safety rules because he failed to check what the gun was loaded with, failed to point the gun in a safe direction and failed to keep his finger off the trigger until he was ready to fire. Baldwin can try to spin this killing any way he wants but he bears the majority of the responsibility for it because he was the operator of the gun when it went off and killed that camera person.

It all boils down to the old saying “Every gun is a loaded gun until YOU PERSONALLY RENDER IT SAFE ON ACCEPTING IT FROM SOME ELSE”!!!

Here’s an idea, why doesn’t Hollyweird just go “full” woke-istani & ban ‘all guns’ from their stupid & pointless, movies, it’ll be the ultimate ‘virtue-signalling’ ever…wait a minute, whatever, who’s watching that 💩anymore❓

Just me
Reply to  Ben Matthews

It’s because if they stopped using guns, they would go bankrupt and have to be “regular” people.

There’s only two questions we need to ask to see whether there needs to be charges filed.
One, were and or are there long established Safety Protocols designed to reduce the risk of an incident like this? Obviously, yes there are Safety Protocols.

The second question is, Were the Safety Protocols in place on the set and were they being followed? Obviously, the answer is NO.

That the Production Team was operating on a low budget is a known fact, so there’s little doubt that they cut corners. They hired an inexperienced Armorer, whose sole qualification is she’s the daughter of a well known Armorer (not a qualification at all). Frankly, my 12 year old Grandson could do a better job than Ms. Reed did. When the dust from this settles, she’d best find another career, because I seriously doubt she’ll work in the industry Production. If she was bonded and insured, I’d expect her Insurer to drop her like a Hot Potato.

Baldwin is doubly responsible, he pulled the trigger, but he’s also an Executive Producer, which means he bears responsibility for ensuring a “Safe” production.

What are Prop Guns? - Self-Reliance Central

I would say the girl wasn’t killed “accidentally”, she was killed because of a series of negligent actions. Unintended would be more accurate since an accident is usually caused by something that couldn’t be controlled such as the gun being dropped and going off. In this case, there were steps that should have been taken to avoid mishap that weren’t such as multiple people checking the gun from the time it was removed from wherever it was being stored to Baldwin taking it from the assistant director. Moreover, the fact there was live ammunition on the set should have send everyone into hyper-safety to ensure there was no live ammunition mixed with real guns during rehearsal or filming.
And to the arrogant, self-righteous Baldwin; how does it feel to be the first person in the history of film making to kill a person on a movie with a gun loaded with live ammunition?