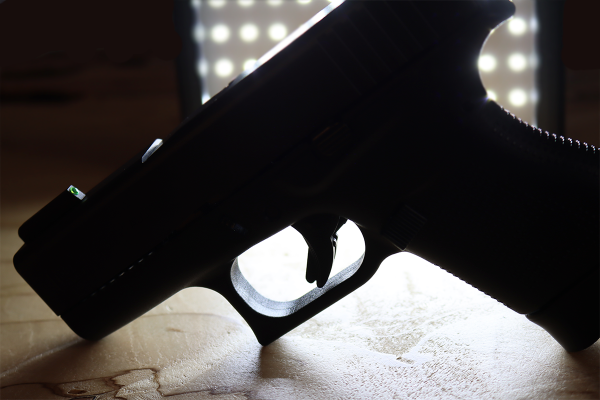 A new piece of legislation out of Ohio promises to remove the current sales tax on guns and ammo. Let’s hope this passes and makes it nationwide(for obvious reasons.)

The state of Ohio is doing right by gun owners and legislators are trying to pass legislation that will remove the current sales tax on guns and ammunition. This legislation actually does a little more than just that, the proposal would offer sales tax exemption for items protected under the 2nd Amendment. This would be huge.

The current sales tax rate in the state of Ohio is 7.17%, this would mean that money you would be handing over to the state when you stock up on ammunition would remain in your pocket. That 7.17% doesn’t seem like a lot but when you consider the price of ammunition these days that price reduction actually means a lot of money gets to stay in your pocket.

This move should also help further develop Ohio’s arms industry. Ohio isn’t a state known for its massive arms industry, but measures like this are a step in the right direction and should help move the state in a more industry-friendly direction. The potential real-estate here is huge, many arms manufacturers are leaving their traditional homes for states that actually respect the 2nd Amendment.

This legislation isn’t the only good news for gun owners in the state of Ohio, recently the state passed a measure that would ensure your 2nd Amendment rights are protected during public crises like riots and natural disasters.

Outstanding, let’s get it done !

Would love to see it happen. But I won’t hold my breath.

That would never happen here in Alabama. Here, the one thing Demon-crats and Repuglicans can agree on is their love of taxes.

Unfortunately, you are right. We pay 9.5 % on everything. Even though we Republicans hold every office, Kay Ivey sets in her office and apparently watches CNN, while Florida, Mississippi, Texas, Missouri, and Arkansas all have been taking steps to protect our Constitutional rights.

Tax on Firearms and Ammo is Unconstitutional and Violates your Second Amendment Constitutional RIGHTS, PERIOD .

FOR ANY POST TO NEED TO “Awaiting for approval” is a VIOLATION OF OUR FIRST AMENDMENT RIGHT , PERIOD.

Excise taxes are assessed on producers and wholesalers of firearms and ammunition. It is intended to preclude the messy and expensive process of taxing every transaction at the point of retail sale. Apparently, Ohio bosses were ignorant of that well known fact or didn’t care that they violated the Constitution.

Once again, Full Mag Staff has censored my comment. I’m reaching the end of my rope with this nonsense. If they don’t like me, I would hope they would have the guts to ban me instead of harassing me.