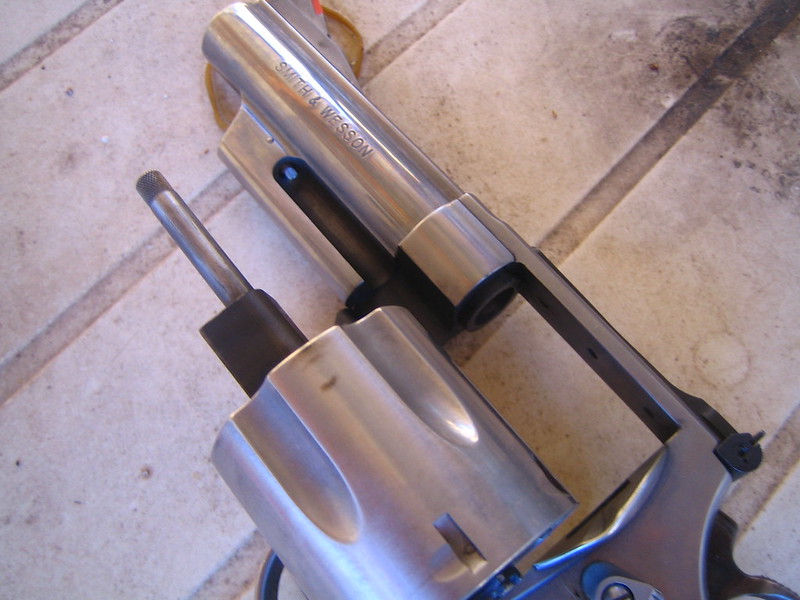 Restraining orders and protective court orders are seldom talked about in the firearms community or in 2A policy, no one really wants to stand up for those that allegedly or actually abuse women, and thankfully today we don’t have to.

A woman in North Dakota was granted an order of protection against her ex-boyfriend after he had physically assaulted her and threatened to kill her. This woman had decided to keep some of her friends around her apartment in case her ex-boyfriend decided to show up despite the court order. Thank god she had the foresight to keep good company because her ex-boyfriend did show up and was not exactly in the mood to reconcile their differences.

The ex-boyfriend broke into the woman’s home around 2 AM and headed straight for her room. One of the woman’s friends then proceeded to shoot the man in the chest with his revolver. This friend, Edwin Kester, had stayed the night because the woman feared her ex-boyfriend would come and attack her.

A Fargo man who was fatally shot early Monday morning, Oct. 18, in a Casselton residence broke into the home where he had threatened to kill his girlfriend a week earlier, according to court documents and law enforcement.

Burton broke into the home moments before Kester shot him with a revolver, Jahner said. The apartment belonged to a woman who shared an “on again, off again” relationship with Burton, according to court documents that detailed domestic violence and terrorizing charges against Burton.

This woman was able to avoid ending up as just another tragedy for the 9 O’clock news by keeping good company. Sadly many others suffer that fate in America. Laws are not something that criminals follow, in fact, they are called criminals because they don’t follow the laws.

What was it they used to say about telegraphing your punches?,…. this guy telegraphed and then called ahead to make sure they were fully aware,….ooops maybe he should NOT have told them to load the gun,…. well mr Kester kudo’s for your good aim and strong stomach,…. at any Rate mr burton is now gone and No Longer a menace to women anywhere, praise the god for that and mr kester’s Aim,…. as for restraining orders, pass me one I need to wipe,….
Mr Kester did the community a service,…. protecting the community and his freind from another liberal azzwype

Proof again that those “protective orders” aren’t worth the paper they are printed on!

CRIMINALS are CRIMINALS because they do NOT OBEY LAWS!!

Fortunatey, in this situation the defender was armed, and the aggressor was not. But it should be self-evident that in the vast majority of conflicts involving a gun the opposite will be true. The aggressor is much more likely to be armed that the defender because he knows the time and place of the confrontation and he knows that weapons will be involved. Even if we assume that both the aggressor and the defender are armed, the advantage will always be (greatly) towards the aggressor since he chooses the time and place of the attack and usually has the advantage of surprise. Even if both sides are armed, the aggressor will have his weapon out and ready for use while the defender will normally have to struggle to bring out his, and very likely will be killed or seriously wounded in the effort. If we could limit the ownership of weapons to law abiding people this would of course be a wonderful deterrent to crime. But it appears to be the goal of the 2nd Amendment movement to make guns available to almost anyone, as 2A enthusiasts campaign to eliminate even short time delays on the sale of guns to make sure that even convicted violent felons aren’t sold guns. So despite feel good stories such as these, the net effect of 2A activism is to arm the aggressors, not the victims.

They are called Democrats!!!!