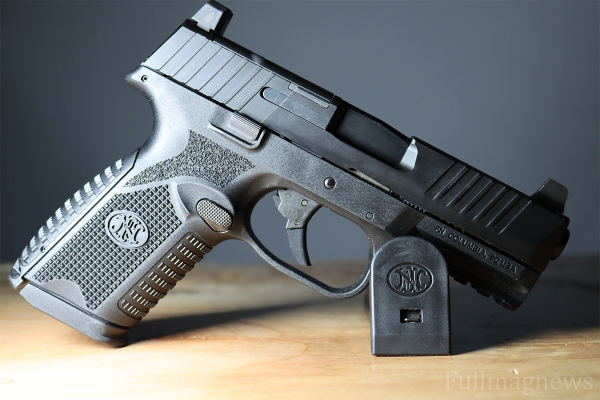 *Allegations regarding donations to the Biden Campaign were spread around the internet and social media yesterday. It turns out that it was Guns.com Founder Chris Callahan not Guns.com CEO Greg Minkler who had donated to the Biden Campaign. This article has been updated to reflect this new information.

Guns.com is one of America’s largest online firearms retailers, they ship thousands of firearms around the country and promote themselves as “the easiest place to buy guns online.” On top of being the premier site for purchasing firearms, Guns.com is also a major figure in the 2A publishing space. Guns.com regularly posts updates on major 2A stories and publishes firearm reviews on their website Guns.com/news.

Recently allegations have surfaced that Guns.com is not the 2nd Amendment bastion that many thought it was. It is bow believed that Guns.com founder, Chris Callahan, donated to the Biden campaign. This has surfaced as Guns.com has been rocked with news that the company is requiring all of its employees, even those who work remotely, to get the Covid-19 vaccine.

ArmedAmericanNews recently published the words of a whistleblower from Guns.com, this whistleblower claims that many of the employees were devastated by the news that the company will be firing those who do not receive the Covid-19 vaccine.

ArmedAmericanNews was able to confirm that the whistleblower did in fact work at Guns.com and did request a comment from Guns.com.

The whistleblower, who is remaining anonymous for fear of being fired, revealed that Guns.com sent out a company wide email at the end of September telling all employees that they would need to get the Covid-19 vaccine or they will be terminated on November 15, 2021. The email was sent just before close of business so many employees would not be able to respond.

According to the whistleblower, Guns.com is offering two exemption applications to staff. One exemption is medical and the other is religious.

The whistleblower also noted that these are not real exemptions, these are applications for exemptions. Those seeking to opt out of getting the Covid-19 vaccine at Guns.com must apply to do so and even if they do they might get denied by upper management at Guns.com.

It is also being alleged by the whistleblower that those who do get the Covid-19 vaccine at Guns.com will be given a one time $500 bonus if they are salaried and a $3/hour raise if they are hourly.

The whistleblower caps off their article on ArmedAmericanNews with the following message:

Many newer employees are pissed, while some long-term employees are heartbroken and distraught. All of this seems a bit surreal, especially given the industry in which Guns.com belongs. Gun people are a different breed of people. They understand what freedom means, and they understand how important freedom is in a country that was founded on the principles of freedom. So, how can a company that makes a profit from those who stand for freedom and Second Amendment rights continue to, in good faith, reel in money while stripping their employees of the rights over their own bodies? Maybe because it was never about guns all along, but rather more about money.

When ArmedAmericanNews reached out for comment from Guns.com CEO Greg Minkler, he replies with the following:

Thank you for reaching out.  There is no comment on your inquiry.

Interestingly, Guns.com may not fall under President Joe Biden’s vaccine mandate. President Joe Biden’s vaccine mandate only required employers with more than 100 employees to force vaccination on its employees. According to Guns.com LinkedIn page, the company only has 46 employees and did not fall under Biden’s mandate. Unless the company has more employees that the public is not aware of this would mean that the company has done this on their own without having been forced by the government. 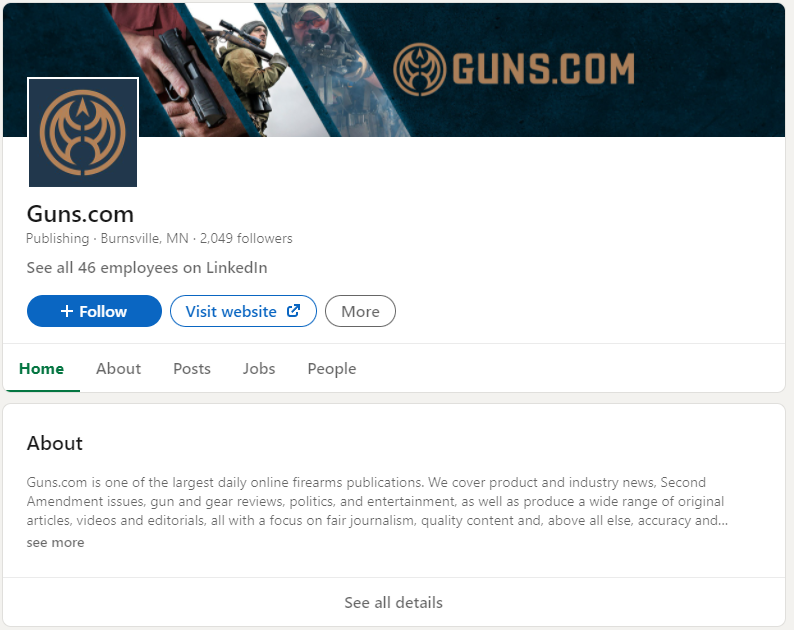 It is now believed that Guns.com founder, Chris Callahan, donated to the Biden campaign. This has not come as a surprise however as information brought out in a piece by the Chicago Tribune’s Christopher Borrelli suggests that Chris Callahan has never been a staunch supporter of the second amendment.

I didn’t know the place existed.

AMMO just bought them. What does AMMO management have to say about it?

If they are refusing to respond and/or this is proven to be true, I WILL unsubscribe and not buy anything on their site. They have a week from today to clear this up.

Yep, they just assured I’ll never purchase anything from them. I’ll unsubscibe from their emails too.
Unconstitutional Bastards!

Honestly, not sure how much it matters. Their prices are always about 20% higher than others standard pricing so why buy there anyway?

Biden is NOT the US King, he does not RULE us, our government is only to govern and to the ridiculous mandates we say NO! Remember, per a noted Dr specializing in Viral Infections; the best face mask, the N95 can only stop 5 microns, most cloth masks sheeple wear stop only 10-15 microns. Covid is .1 micron. Consider a mask like “Chain-link Fence, and a handful of marbles like Covid. Now throw the Covid Marbles at the chain-link fence, and that is about what any mask does to stop Covid! Washing hands, NOT touching your face, lips, eyes or mouth is the best protection from spreading it! Period. The rest is just government forced control!

Not only is Creepy Joe not a king, he is not even a legitimate president. He is a pretender installed in the office through massive, blatant, and eminently proven fraud. However, he does have power if you and I and a significant portion of other people obey him. The choice is ours.

Also, people are told to NOT TOUCH the masks while wearing them. EVERYBODY is constantly touching and readjusting their masks, so that alone makes the masks MORE worthless!! Actually it INCREASES the likelihood of catching the “virus”!

I’ve bought through them before and am now going to make sure I never do again. The management is a bunch of morons who have made no effort to look into the danger of the so called vaccine.

After reading your article I will be steering clear of your website. I do purchase guns ammo and accessories, but refuse to purchase from anyone that supports the propaganda Joe Biden and his team of socialist puts out. If you support this friable communist you are part of the problem. Please do not send anything to me again as it will be wasting your time and mine.

Won’t be making a purchase for these morons for sure.

When are these morons going to get….our Country will always weed those that screw over the People.

Accoding to tracker 1 [above]:
AMMO just bought them. What does AMMO management have to say about it?

If Guns.com is now part of AMMO, the combined entity probably does fall under the biden mandate rules.

It amazes me that there are so many morons, dirtbags and ignorant fools in this country who want to follow this illegitimate illegal imitation corrupt so-called administration’s illegal mandates taking us into socialism. Then there are hypocrites like this callahan who want to sell ammo and weapons to the public but secretly support the taking away of our 2nd amendment. Is this company secretly supplying names and addresses of people buying from them to our government to be put on a watch list ?????? It would not surprise me — anyone who is doing business with them better stop if you have any brains at all.

NOTICE TO EMPLOYEES OF GUNS.COM:
Since the company has listed diseases which do NOT qualify and Since they have determined that they REQUIRE your medical information in order for the COMPANY to approve your exemption and since they decided tp play GOD literally:

Gather together and sue the company for conspiracy to violate HIPPA (demanding to know what disease), Practicing medicine without a license (telling employees which diseases will not gain exemption, ONLY a Medical Doctor who is treating a particular patient can say that), violation of sanctity of religion against employees (religious discrimination, only a priest or minister of a particular religion needs to give that exemption, no person may question it in any way legally without a suit or a criminal prosecution). Ask for 100,000 per employee per item, that is 300,000 per employee.
If I was in the jury I would award exceptional damages on top of that, I might even give the entire balance of a career income to any person actually terminated for any of these things.

That is good to know as I no longer have any patience for somebody or organization supporting the liberal communist party. I will unsubscribe to all future emails and if this is all true I will never do business with them and hope they go bankrupt by everybody else following suit!

sleepy creepy hair sniffing quid pro qup commie joe’s “mandates” are NOT LAW and can NOT be enforced.

Will this effect whole firearms industry?

I can buy guns cheaper elsewhere and locally at retail. And I have a “right of return” if it is a POS.
Why would I want to patronize someone who wants to poison their workers and possibly their customers.?

I say put the low life rabid dogs out of business. Boycott!!!!

The “46” count shown by LinkedIn is ONLY those LinkedIn account holders that have identified themselves as employees — it’s NOT the total number of employees of the company.