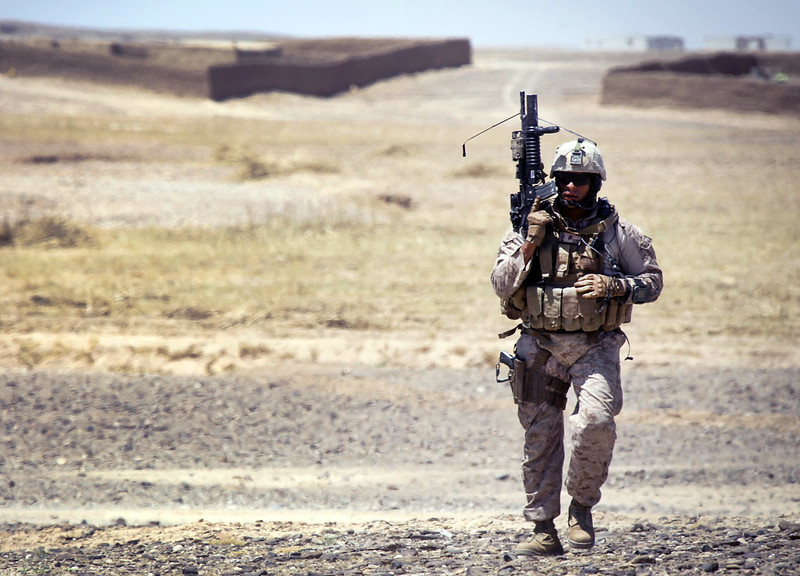 The Taliban rapidly took over Afghanistan in only a matter of weeks, when the US military pulled out of the region they left behind billions of dollars worth of equipment. This equipment ranges from standard small arms like American-made M16s to larger pieces of equipment such as Blackhawk attack helicopters. The Taliban are now selling this abandoned equipment in markets across the country.

For those unaware, the demand for American-made weaponry is high in Pakistan. Firearms are often made to look like American arms in an effort to scam the locals trying to buy them. The locals who are buying these firearms are often attracted to fake markings from Colt and other American brands. The black market for firearms in Pakistan is enormous.

As for the Afghan arms dealers selling to Pakistani collectors, these individuals have been involved in the sale of American arms for a long time to them this is just a fire sale, not a new venture. These arms dealers were selling American arms to the Taliban long before the Taliban began selling weapons to them.

During the height of the war in Afghanistan, these individuals were buying American arms from Afghan soldiers who were issued them by the Afghan government. Now that America has pulled out of the region and the Afghan government collapsed, these arms dealers are buying in bulk from the Taliban. It would be fair to assume that the Taliban would want these arms, but believe it or not, there were so many guns left behind by the American military in the pullout that they have plenty of spares to sell-off.

The pullout from Afghanistan left the Taliban and terror groups in the region more powerful than ever. Not only were they emboldened by the pullout, but they were also armed by it. These groups will no longer solely use Soviet-era equipment, these groups now have modern American military equipment to use.

Great move DICTATOR bid en, the taliban you know your FRIENDS, are selling OUR AMERICAN WEAPONS TO THE HIGHEST BIDDER!!! WHAT AN ABSOLUTE DISGRACE YOU ARE!!! ARMING OUR ENEMIES!!! YOU ARE A DEMENTED TRAITOR AND YOU ARE TREASONOUS, YOU DISGUST ME AND MOST OF MY FRIENDS AND VETERANS!°

I wonder if Biden is getting a cut? Maybe a finders fee.

Why wouldn’t they? I have also heard that the Chinese have made their selves right at home at Bagram Airfield as well.