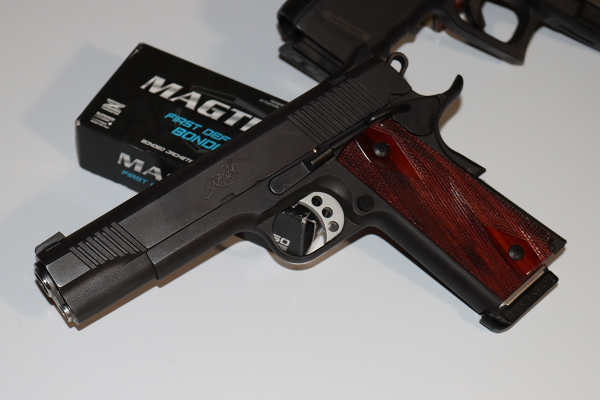 Activities in Ohio are suing in Ohio to block the coming Stand Your Ground law.

Gun control activists, gun grabbers, and Democrats are looking to stop the law which was legitimately passed by the Ohio legislature and signed into law by Ohio Governor Mike DeWine.

Among those who are suing are; Everytown for Gun Safety, the Ohio branch of the NAACP, a local gun control group, and two Democrat state legislators.  These groups claim the the legislation was illegally passed by Republicans who snuck it into another piece of legislation.

According to Ohio law, legislation must pertain to one subject and one subject only. This would mean you can not pass a bill that covers traffic law and abortion, seems reasonable but did this amendment to SB 175 (which added stand your ground law to another piece of legislation) violate this Ohio law? According to Ohio Rep. Kyle Koehler the answer is no.

Ohio Representative Kyle Koehler said that the Stand Your Ground law amendment to SB 175 was perfectly legal because that law revolved around one subject: use of a handgun. The original bill aimed to change liability in terms of handgun use. “To amend sections 2307.601, 2901.05, 2901.09, and 2923.126 of the Revised Code to grant civil immunity to nonprofit corporations for certain injuries, deaths, or losses resulting from the carrying of handguns” is what the bill reads directly.

This all being said the bills original author, Ohio Senator Tim Schaffer, made a comment that is now being used in the lawsuit. “I want to be very clear that Senate Bill 175 does not expand concealed-carry rights or locations. This is not a ‘gun bill.’” This line, according to the gun grabbers, means that the bill has nothing to do with handguns and everything to do with liability. However, it is clear that this bill was on the subject of guns, just not concealed carry and the political context at the time proves this. When this bill first went up for debate prior to the amendment it was argued, by these very gun grabbers, that it was an expansion of carry rights and therefore dangerous.

It is unclear where this lawsuit will go or who will win, but if I were a betting man I would bank on any judge siding with 2A on this one.

The Democrats would never try to sneak anything in ones bill now would they. Just look at what goes on in DC. Not only do they sneak they lie about everything!! Guns don’t get up and walk out the door, people do and people kill. Enforce the existing laws and lock up those that kill. That would be to easy for the gun grabbers. It’s a sham They just want more control.

Change your word “kill” to the word “MURDER”. Why should someone in self defense be convicted of a crime when they “kill” the attacker. Killing in self defense is not murder. When a criminal purposely kills their victim, THAT is murder. THAT is a very important distinction.

We have several fully loaded handguns and long guns within reach if needed and they have yet to shoot anyone – even the one near the Confederate flag (that also hasn’t shoot anyone yet). The dem/lib complaint on the guns killing someone is moot here.

Criminals love states that don’t have stand your ground laws on the books. Criminals, just like predatory animals in the wild, see you run and incites them to attack even further. Just like a wild predator, if you stand your ground and shoot it, the threat is gone. Same holds true for a criminal.

If you compare the cities and states with the strictest gun laws to those that promote 2A you see higher crime and homicide rates in the stricter locations. The criminals always feel safer to preform criminal activity in locations where law abiding citizens have been disarmed.

The 2 cities in the US with the most gun deaths have the toughest gun laws – NYC and Chicago. The city with the fewest gun death is a small town in Georgia that requires all households within the city limits to have a home defense weapon. Switzerland requires every man between the ages of 18 and 56 to own a gun and must attend required periodic training. Guns don’t kill people, people kill people. If the use of a gun in the performance of any criminal act carried the death penalty the problem would go away. “I loaded my gun and left it by my unlocked front door. I was gone for the entire day and when I got home the gun had not moved and had not gone out and shot any one!” Imagine that!

Outstanding point Vincent. Did a post on Facebook several years ago. It was very long but basically the same story. Here is a short version. Friday night watching a movie. My firearm levitate from my coffee table. Left via the front door and returned 3 hours later. It is a gentle gun but I hope it did not commit any violent acts!! Went to bed and found my friend acct locked. Everyone stay safe!!

Right and the criminals have no fear of getting shot by a concealed carry armed citizen.. The great equalizer. Even a frail 100 lb grandma is on equal ground with a 300 lb mugger

That would be Kennesaw, Georgia, just outside Atlanta.

I thank God everyday I live in Texas. We don’t put up with that nonsense.

Just me
Reply to  T. Smith

Be careful, the libtards running away from the People’s Republic of Calicommia are moving into Texas and they are bringing their STUPID ideas that screwed up their former residence.

Tony Lamadrid
Reply to  Just me

Ha, ha, ha that’s one of the best names for Nazifornia I’ve ever heard! I got out of there just in time. I hate their politicians and their stupid rulings. Their motto is:”Do as I say, not as I do” Bunch of freaking hypocrites!

lawdog13
Reply to  Just me

YEA!!! And they’re coming to Nevada and F**king it up here in a big way! If they like Commiefornia, stay there. Don’t screw it up for everyone else.

I think the removal of all guns from the public is in part about the mandatory shots. If there is added things in the vax you should go and read about where the courts are with ownership of your body by the mfg. of the vax. This should scare the crap out of every young person in the USA…”The U.S. Supreme Court, in a 5-4 decision, affirmed. It ruled, in part:
Living, man-made micro-organism is patentable subject matter as a “manufacture” or “composition of matter” within the meaning of the Patent Act of 1952. The fact that the organism sought to be patented is alive is no bar to patentability.

The case paved the way for biotechnology companies and universities. The OncoMouse, patented by Harvard in 1988, was the first mammal ever patented. Harvard scientists genetically-modified mice to be predisposed to cancer (thus the “onco” prefix) so other scientists could study the disease”. If you think it could not happen you need to study a little harder.

And Fauci has patents on several of those organisms and they’ve magically found their way into all three of the vaccines currently being shoved down people’s throats. This PLANdemic isn’t about making people safer from the Fauci created virus, it’s about making Fauci and his cronies in big pharma richer. Don’t forget all three manufacturers of the vaccines have had to cough up billions for their various misdeeds like J&J’s talcum powder and the other two paying fines for their criminal conduct pushing meds illegally.

Drunk drivers do not kill thousands of people annually it is the cars fault. BAN ALL CARS. Irresponsible boaters do not kill people it is the boats fault. BAN ALL BOATS. You get the idea, only a moron would suggest and/or believe that an inanimate object is responsible for the actions of an individual. There are a lot of morons and gullible people in our country; don’t be one of them.

Don’t forget hammers and other bunt instruments. They kill more people than ALL long guns combined, including those scary black guns that sneak out at night to kill people.

Law abiding citizens are not your problem!!!!
Keep the criminals off the streets.

Such activates as these only want to protect themselves, by not allowing We The People to protect ourselves, when they decide to take what is ours by force of arms !!!!!

Sponsored by a terrorist Communist a elietest that’s been pouring tons of money and to destroy this country who makes Binladen look like a Boy Scout and should’ve been killed a long time ago and that is George Soros! We have a God-given right to be able to stand our ground and protect our self our family and our property and screw the lawyers who are nothing but parasites feeding of the demise of others! God bless America

Now the activists who want to defund police and eliminate that protection from violence (minimal immediate protection that it is) also want to eliminate the ability of people to defend themselves against violence. These “activists,” read Democrats, obviously want criminals and crazies to destroy society and to destroy any safety in the lives of all Americans.

This is America with wide open spaces. When my ancestors moved out into Western Kentucky and Tennessee. these were hostile places. You could wake up each morning to see a viper, a wolf, a bear or even a wild Indian. How did they survive? Guns! Guns are a necessity and a grim reality in my family.

Maybe those activists need to sample “criminal ” life then right.

Good, This Law Should Never Have Been Allowed To Begin With. Innocent People Have Been Murdered Because of This Stupid Law.

Northtexas78 they weren’t to innocent only a fool would believe that.

yes these people need to be removed from this country

We have the right to defend ourselves, property and family. Activists do not have the right to vandalize, riot or commit arson. We the people need to step up and demand our representitives to give the police back their jobs by arresting these thugs and keep them off our streets. Take back the city councel, school boards and mayors who can’t do their jobs.

They just don’t like the idea of criminals getting their just reward for not getting away with robbing. After all it is their right and they really want you to stand there and take it like a sheep.

Another words. Those who are suing are the Socialist/Communist organizations.

We all hate bills and laws that slither around from track to track. But any sane person with an ounce of logic knows handguns are the most popular tool used in stand your ground incidents. The CDC hid for years its own study data that revealed handguns are used two million times every year for self defense.