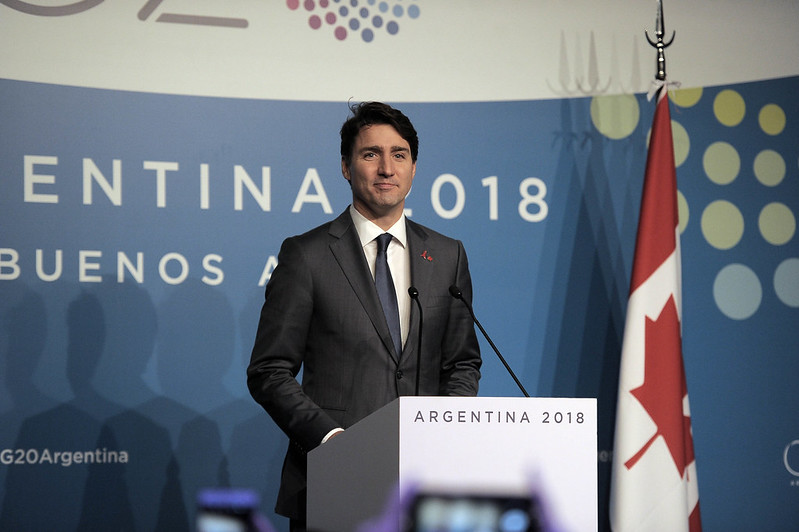 Canada’s Liberal Prime Minister, Justin Trudeau, is doubling down on his gun control push and looking to further strip the Canadian people of their rights.

Earlier in his administration, Trudeau was able to pass sweeping gun reforms by effectively banning certain firearms directly from his cabinet. Now he is looking to bring about the kind of gun control the American left could only dream of passing.

Justin Trudeau is promising to fund local bans of firearms as well as bring tighter control over what guns are coming into the country. Conservative leader Erin O’Toole is promising to repeal the current ban on over 1,500 specific firearms in Canada and this is what has triggered the response from Trudeau.

As for those Canadians currently in possession of some of these rifles, options on amnesty are limited. Trudeau is promising to give these gun owners the option of surrendering them to the government or having them rendered inoperable. Trudeau said in a statement “You can’t buy these guns, you can’t sell these guns, you can’t use these guns. And even if you own one today, no one gets a pass.”

Some of Canada’s more rural provinces are in total protest over the original ban and are furious over the new proposals. These rural Canadians are also displeased with the current status of the Conservative party, Erin O’Toole backtracked on the original promise to overturn the gun bans and has instead opted to “look into them.”

Currently the gun bans in Canada extend to Semi-Automatic rifles and other firearms, but these bans may soon extend to all long guns and handguns. Unlike the United States, there is no Second Amendment in Canada and the people in the country can not rely on court ruling to overturn these laws.

When is the election? Trudeau has to go and kick rocks.

Trudeau’s just another communist who wants to rule rather than lead. He has virtually unlimited armed security with the RCMP providing variously prepared and sized forces depending on the event. Apparently, he doesn’t give a hoot about his peasants. His “bodyguards” carry their firearms in backpacks presumably because quick access isn’t high on their priority list.

Pretty boy Trudeau is a total jerk and , as a Canadian, I feel entitled to say so!

Wonder if Canadians are having buyers remorse over the War of 1812 finally?

Canadians have the same resource Americans have – massive non-compliance. Although they don’t have a Second Amendment in Canada, they still have their God given rights no government has the right to deny. Tyranny always fails and falls.

I just left Canada permanently because of the communist government that is taking more control of its citizens. Canadians actually have no rights! Look what they’re forcing you to do regarding the Covid vaccines. Sad that most Canadians have been raised on government propaganda and won’t ever stand up for their own rights as human beings. I couldn’t take any more of that behavior and luckily I don’t have to anymore. They control every aspect of your businesses and lifes. Whether or not you can be successful is totally under the control of the government. Let freedom ring!

And you are welcome in the U.S.

Only welcome if you promise to only vote for democrats.

what’s the difference between a Canadian and a sheep?……………..nothing, there isn’t any difference.

Maxime Bernie is the ONLY true conservative who has the experience and plan to save Canada as your next new Prime Minister! Your rights, your liberty, your guns, your borders, your budget, common since immigration laws, etc……..