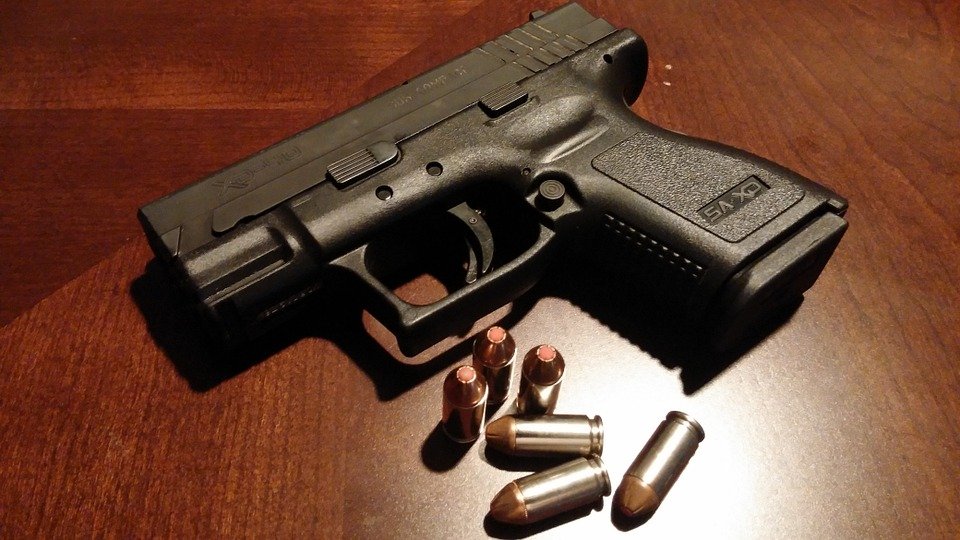 A shooting was stopped by an armed citizen in New York, the local DA is now saying that this armed citizen saved countless lives.

In Onondaga County, New York an armed gunman began threatening those around him and began to fire at a group of people who were running away. A passerby, who was legally carrying a handgun, saw the shooting and returned fire. The passerby managed to hit the gunman and fatally wound him.

According to reports, there were about 50 people in the immediate area in the aftermath of the shooting, it is unclear how many were there when the shooting occurred but it was an area with heavy foot traffic.

This passerby managed to navigate the extremely complex New York legal system in order to get a carry permit, had the mental fortitude and accuracy required to save the day and ended up being the hero in this story.

In life you get to make fewer choices than you realize, one choice you do get to make is whether or not you will be a victim. The headline here could have easily been “X Dead in New York Shooting” and the mainstream media would be covering it, but our passerby chose not to be a victim and stood up for himself and those around him.

I’m surprised there was a headline. Typically the media ignores shootings like this because after all, it venerates gun owners and they don’t want to do that!

Or at least a cup of coffee.

Of course this great news pyssed off more than a few lib’s, who would rather see headline-grabbing human carnage than the positive message this article carried!

WAIT FOR IT…. THE LIBS WILL TAKE THIS ON SOON ENOUGH AND THE VICTIM WILL HAVE HIS FACE PLASTERED ALL OVER THE NEWS ON WHAT A GOOD BOY HE WAS AND THEY WIL MARCH IN THE STREET WITH SOME CHANT OR ANOTHER……

LIBERAL SPIN WILL SAY . . . .
The man who was fatally wounded was on his way to church to drop off a cash donation prior to heading back to college where he was studying to be a brain surgeon with a minor in Christian clergy.

The armed thug who happened upon the scene mistook the doctor bound college student as a threat to society when he was merely showing off the gift given to him by his late grandfather minutes before he passed from COVID. While showing off his new prized heirloom, it accidentally went off.

This caused the armed thug who happened to see this occur, pull out his large weapon and repeatedly shoot the man in the head and chest until killing this innocent of society.

The Reverends Sharpton and Jackson are already on the scene to offer comfort and legal counsel to the grieving family members who were quoted as saying “He wuz a good boy. He ain’t do nuffin wrong.” They are filing a lawsuit against the vehicle manufacturer and gun manufacturer of the person who shot their relative since both items were involved in getting him to the location where he recklessly eliminated an innocent life.

NEXT LIBERAL HEADLINE . . . .
BIDEN’S EXIT FROM AFGHANISTAN WAS GOOD FOR CLIMATE CHANGE

How did you know the shooter was a person of color? Oh wait… How did I know? Oh that’s right. I looked it up and his name was Demetrius Jackson. Oh wait… How did that tell me anything? Oh never mind. 🙂

Sounds Greek to me

You covered it to the point of winning the internet today!!

It is always good to have law abiding gun toting citizens around when a lunatic is trying to shoot others.

Once again, an armed citizen saves the day - Self-Reliance Central

I love to hear a story with a happy ending.

Indeed, a happy ending. Yet, I fear that this hero may have to face civil charges. No, I don’t know the laws in New York, but being New York, I have no confidence in their system. I ALWAYS carry and that is why I will never be seen north of the Mason-Dixon Line.

Once again, an armed citizen saves the day - Americans Care

Tony
Reply to  Once again, an armed citizen saves the day - Americans Care

Wait, I thought the perp’s name was Tyrone Shoelaces.

Didn’t read the whole story, did you? One protester was armed with a gun, the others had different weapons and one was daring Kyle to shoot him.

Good thing that this good Samaritan wasn’t saving lives in New York City, or he’d likely be looking at a jury trial for his actions.

Surprised a NYC DA condoned the legal use of a gun in a crowd for self defense & saving lives ! The dem’s certainly weren’t involved with legal use of a firearm for life protection !

With the leftist elites defund the police and gun ban rhetoric people must now stand up for themselves. Vigilante justice is not a desirable thing but at this point it may be the only way for people to be protected.