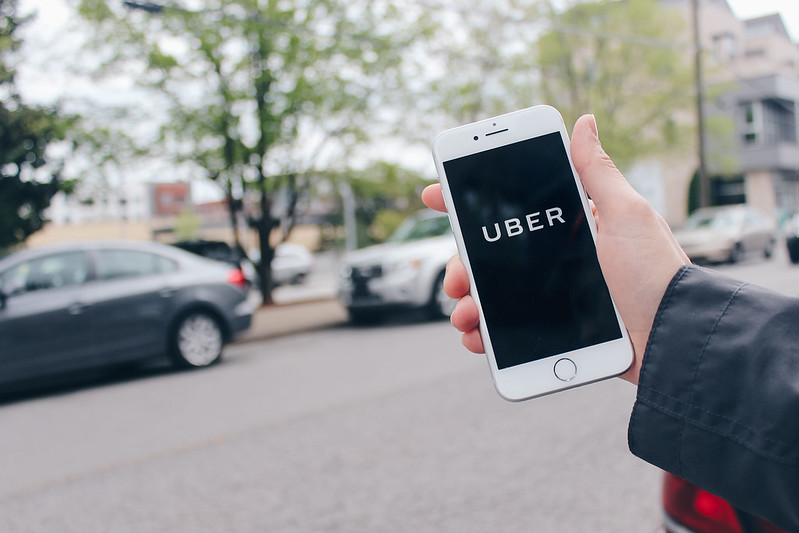 Uber and Lyft drivers keep getting killed while simply doing their jobs, they are marked as easy to rob targets by the companies that contract them because these companies do not allow drivers to carry firearms while on the job. Drivers that do carry firearms and get caught when they are forced to defend themselves are fired for choosing to protect themselves.

Recently a man, who is now believed to have been inspired by recent ongoings in Afghanistan, killed his Lyft driver before shooting up a police station. The young woman who was simply trying to provide for herself by accepting rides on the ride-sharing app was slaughtered. It is entirely possible that the young woman, Isabell Lewis, would not have carried a firearm even if she had been allowed, but the fact that she was not is a travesty.

An UberEats delivery driver in DC was delivering meals to people in the city when he was killed during a carjacking. The man, Mohammad Anwar, was 66 years old and, like Isabell Lewis, just trying to do his job and provide for his family. If he was allowed to carry and somehow got his hands on a DC carry permit, he might still be alive.

Even if you choose to break the rules and carry a firearm so you can defend yourself when the need arises you will be punished for it.

A Lyft driver in Cleveland, Ohio was subjected to a carjacking and fought back. Cynthia Norman picked up two men while driving for Lyft, they wanted to go to a local sports bar. After arriving at the location Norman realized that the location was closed, this is when the two men attacked her. They brutally assaulted her and verbally berated her while doing so. Cynthia Norman was able to fire a few rounds off and scare the attackers away. After Lyft found out about the incident they terminated her account and barred her from being a rideshare driver.

The fact that these companies have a corporate policy of  “do not carry while at work” marks these drivers as sitting ducks. In the past we have taken a look at how schools being marked as gun-free zones mark them as soft targets, this is exactly what Uber and Lyft are doing with their policies.

Follow the rules and you might be killed, break the rules and you will be fired. This is an unfair dichotomy for rideshare drivers, it’s time these companies quietly step up and let drivers make their own decisions in regards to safety.

to those who make up these rules about not being able to carry all I can say. Stupid is as stupid does.﻿

And of course they NEVER have to deal with the repercussions themselves.

Better to be fired than to be dead!

Back in the 90s, I worked for a short time at a well known chain convenience store location that had a no gun policy. The red smocks we wore on the job were perfect for concealed carry – not even the boss knew I packed on the job.

Tell the executives to drive the cars then. They are safe in their offices and have stooges play target practice.

Conditions like this sound a lot like drivers are employees, not contractors as Lyft and Uber claim. As such, they are responsible for employee safety, or at least should be.

Maybe the author was unaware that ride share drivers are often the perpetrators of crimes rather than solely the victims. For example, in 2017 and 2018 alone Uber, just one rideshare provider reported that “Users reported nearly 6,000 sexual assault cases to the company between 2017 and 2018.” How many of those would have been murders had Uber allowed its drivers to be armed? In any event, I for one will never ride with a rideshare company that allows its drivers to be armed. Don’t tell me the solution is for me to be armed too. I fail to see how two bullet victims are an improvement over zero.

You can still be killed by a perpetrator with no gun. So two people without gun does not mak it safer. But one person with gun is enabled to defend himself when we overpowered.

If you don’t want to carry a gun, don’t. Freedom to choose. Just because a person is carrying doesn’t make them a criminal.

So who’s life is more valuable to you? The cop that you would call to protect you or yours? People like you are hypocrites because you feel someone else should do your job of protecting you. RIGHT?

Sounds like Uber and Lyft set up their own employees to be assaulted and murdered. The drivers are mere targets and actually PUNISHED for defending their own lives.

Anyone see the utter destructiveness of Democrat Liberalism?

Simple solution: get the word out and do unto Uber and Lyft what they’re doing to their own drivers.

I wasn’t supposed to carry as a store detective when I was young. I did anyway as did every one of the other store detectives where I worked. I ended up using mine after I was attacked by a shoplifter with a knife. The headlines read getaway car gets gunfire. He had took a swipe at me with his knife and ran and jumped through the open window on the getaway car. I took out the back tires and he stabbed himself while jumping in the window. LOL!