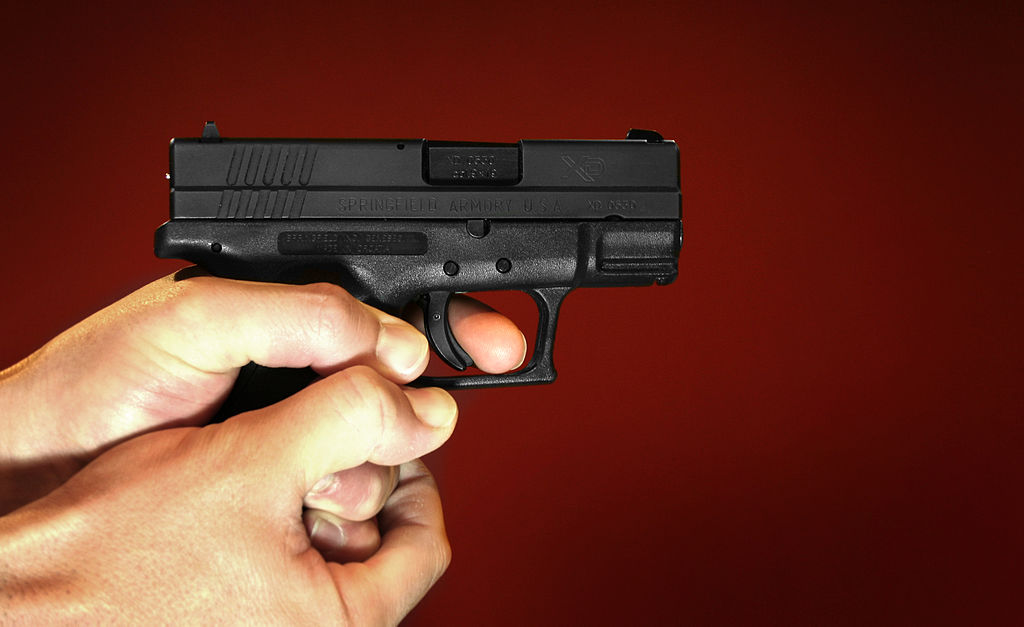 Republicans in the state of North Carolina have been trying very hard to repeal a piece of Jim Crow-era legislation that pertains to the 2nd Amendment. These efforts were shot down when North Carolina governor Roy Cooper vetoed the bill that would have repealed the legislation.

The legislation in question is the Pistol Permit Purchase law, the bill that was vetoed aimed to repeal this law and this law only.

This law was archaic, in its time it served as a way to oppress African American gun owners. These days the law only serves as another roadblock for all Americans when it comes to getting a firearm. There is even evidence that the law is still used in a racist way today, black applicants are 3 times as likely to get denied a permit as white applicants. Despite all this, the governor of North Carolina still vetoed its appeal.

Governor Roy Cooper argued that the legislation reduced the number of homicides and suicides. Cooper also argued that it reduced the number of guns available for criminal activity. Governor Roy Cooper would round off his reasoning with the following remark, “at a time of rising gun violence, we cannot afford to repeal a system that works to save lives. The legislature should focus on combating gun violence instead of making it easier for guns to end up in the wrong hands.”

Roy Cooper is selling a load of junk to the residents of North Carolina and they know it. High Point, North Carolina has seen a 350% increase in homicides this year, and Fayetteville, North Carolina is seeing record high homicides. Suicides are currently trending upward in all of America, laws like this do not help solve the problem.

African American communities are plagued by violence, law-abiding citizens in these areas should be able to buy firearms to defend themselves. These communities are not protected, laws like this make it very difficult to buy guns and the police are being defunded in these areas as a result of Democrat policy. It would appear that good-natured, law-abiding citizens are the “wrong hands” that North Carolina Governor Roy Cooper was referring to in his statement.

Even if the concern was about guns falling into the wrong hands, this is not the way to go about it. The current NICS background check system should prevent criminals and others from getting their hands on guns, the pistol permit purchase law is arbitrary and its enforcement is needlessly subjective.

Despite the veto, there is still hope that this law gets repealed. The North Carolina Congress can still override the veto and force the legislation through.

stupid democrats….they destroy our police departments and cater to criminals and when crime increases blames guns. criminals get the red carpet treatment these days…..

Just another democrat trying to disarm patriots in order to try and facilitate their take over in communism and keep the democrats in power. Got news for cooper and all dems. The day comes that you actually believe you get the legislation to take our guns will be the day you find that you work for us and we will not be subservant to the dems.

It’s not about making anyone safer, it’s about controlling more people. This proves, ONCE AGAIN, that demonrats aren’t interested in equality of the races, they’re just interested in suppressing everyone.

Cooper Like ALL Democrats are Nothing but Useless POS that Need to be Made History!

if someone wants to kill their self they do not need a gun only. Many ways to end your life. jump in front of a train/amtrax/subway…get rid of all trains. cop suicide …get rid of cops. cut your wrist length wise. get rid of knifes. broken glass slice your wrist…get rid of glass. jump off a skyscaper…get rid of all skyscapers. let t the government kill you …

This is a perfect opportunity to educate the people about the Jim Crow origins and nature of “gun control” laws. Next election the airwaves should be saturated with the message that Roy Cooper supports Jim Crow laws, and vetoed the repeal of one of them.